Woman dropped to FIVE stone after ditching medication for Crohn’s

A receptionist who suffers with Crohn’s disease has revealed how she was so devastated by a fat-shaming text message she stopped taking her medication – prompting her weight to plummet to just five stone.

Jane Beaumont, 24, from Manchester, weighed nine st when she received a text message demanding that she ‘stop uploading bikini photos of her fat body’.

Jane, who was diagnosed with the debilitating illness at 11, said she was already self-conscious over the weight gain caused by steroids she takes to help manage the condition, and the anonymous text prompted her to start skipping her medication.

As her weight began to dwindle Jane’s bowel suffered so much damage doctors told her it would have to be removed, and she would need to be fitted with a colostomy bag.

Jane, who recalls being shocked by how ‘skeletal’ she looked in the weeks following the life saving surgery, has rebuilt her life following the procedure, after which she was pain free and able to stop taking steroids altogether. 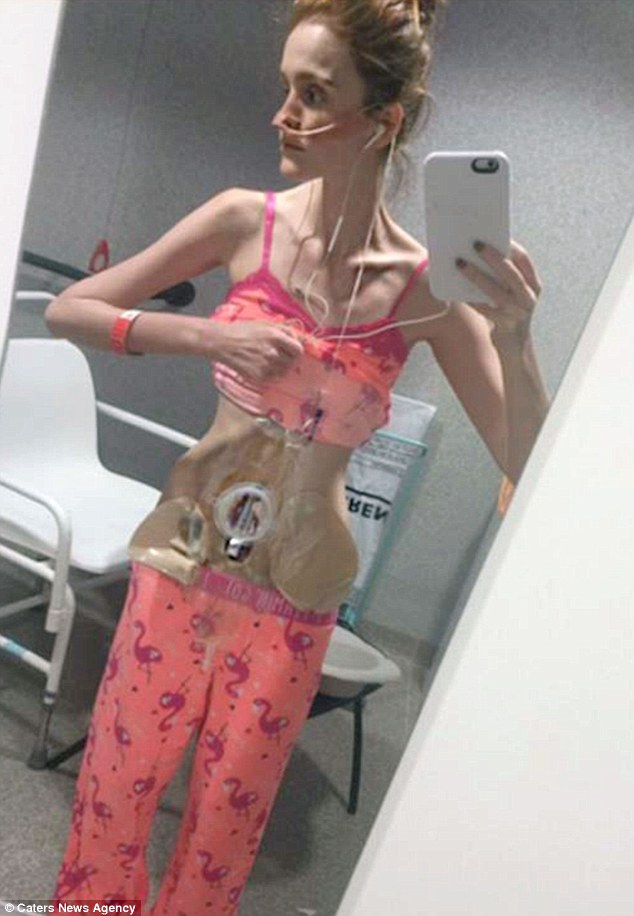 After the text, which was sent from an anonymous number, Jane Beaumont, 24, began skipping her Crohn’s medication to lose weight, suffering dangerous consequences (seen in a Manchester hospital in 2014 when she was forced to have her bowel removed and a colostomy bag fitted She is now sharing her story – and shocking images of her at her lowest weight – to help others to realise the dangers of not taking medication properly.

Recalling  her gruelling battle, Jane said: ‘I was already self conscious of my weight before I received the spiteful text message.

‘I had been on holiday the week before with my friends and after feeling good about myself I had uploaded a few bikini photos.

‘The message told me that I was fat and that I need to stop uploading bikini photos. 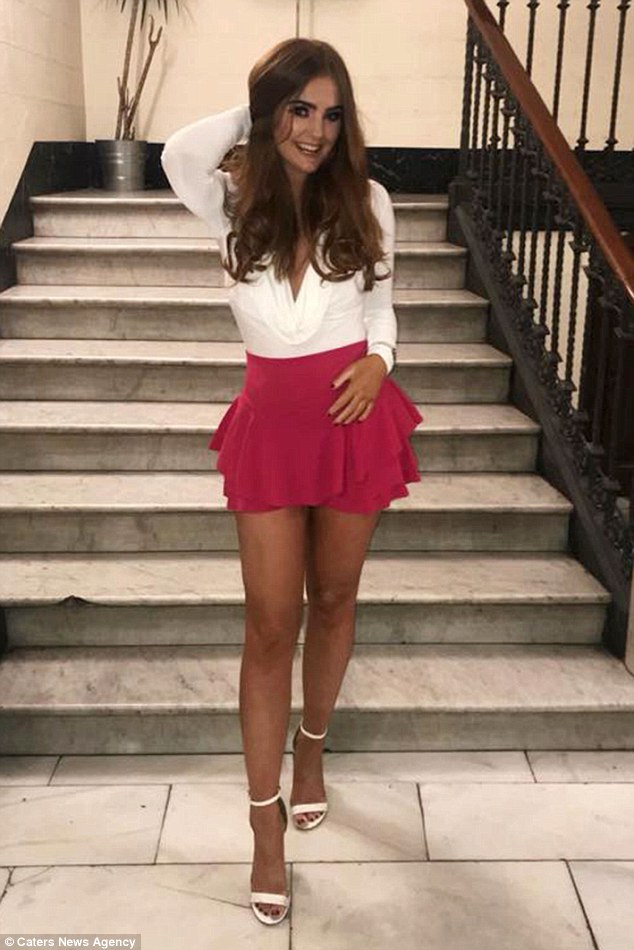 Jane Beaumont, 24, from Manchester, dropped to five stone when she was ‘fat-shamed’ and has been forced to wear a colostomy bag after suffering irreparable bowel damage (seen looking healthy now) 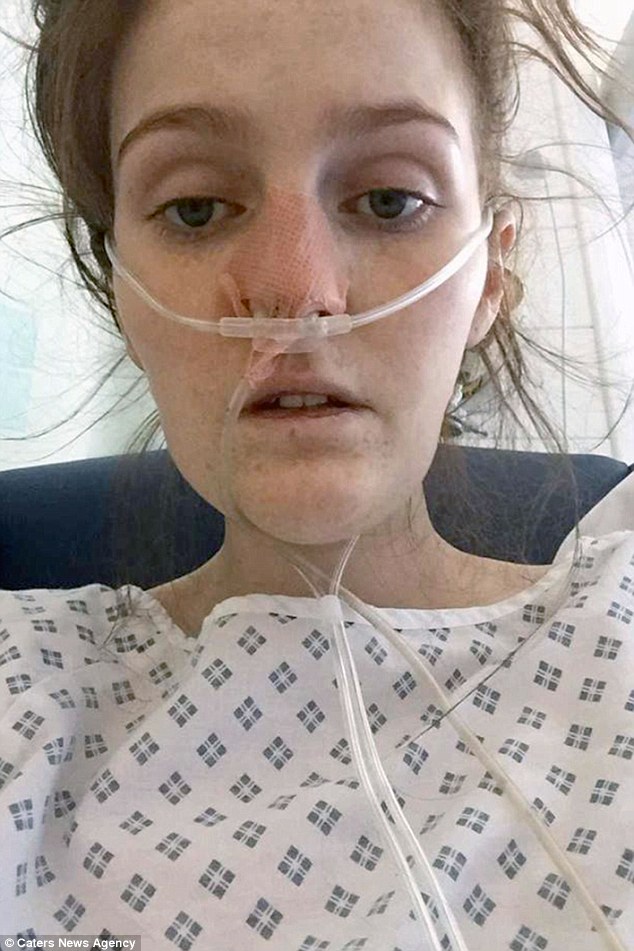 ‘I tried to brush it off as we had no idea who had sent it was sent from the web anonymously.’

Admitting it affected her more than she realised, she continued: ‘But it did make me more aware of my appearance so I began skipping the medication that I knew caused me to gain weight.

‘I didn’t realise that by doing this my body was creating more anti-bodies so any medication I did then start taking would be ineffective. 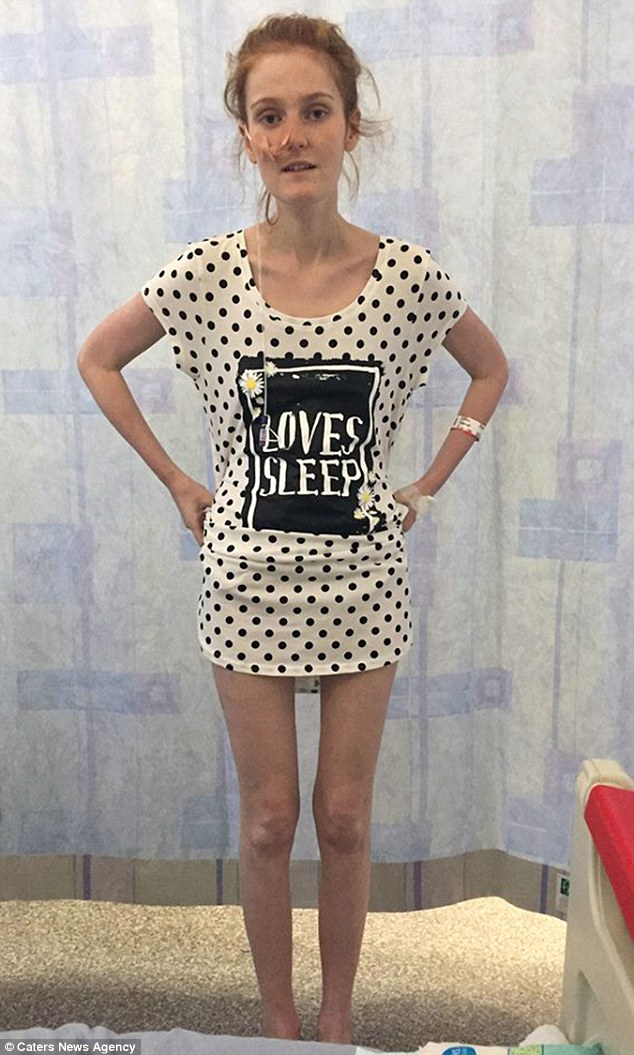 Pictured: Jane Beaumont, 24, from Manchester, in hospital as she recovered from surgery to remove her damaged bowel Her bowel had became so badly damaged that after building an immunity to all drugs, she was told she needed a ileostomy bag to remove her bowel in a bid to save her life

Revealing that things started going downhill after the message, she continued: ‘I had battled Crohns since I was 11 but as I turned 20 things took a turn for the worse.

‘I had lost a lot of weight and was just over 7st before doctors warned that my bowels could rupture they were that badly damaged.

‘No medication was working and my only option was to have a colostomy bag to save my life.’

Remembering how her weight continued to plummet after the operation, she said: ‘After my surgery my body was so weak and wasn’t absorbing any nutrients from food so I dropped down to five stone and I even lost almost half of my hair. 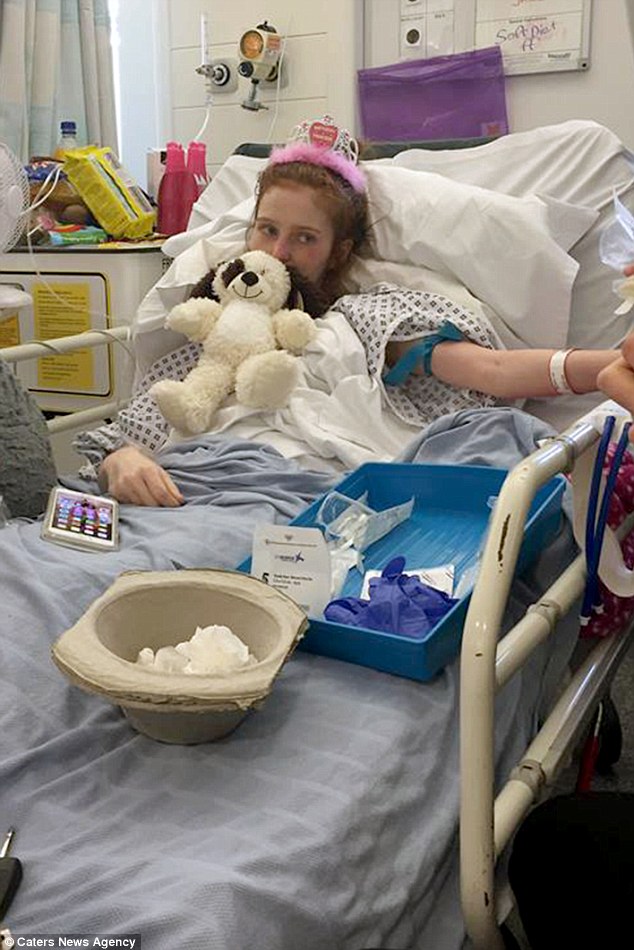 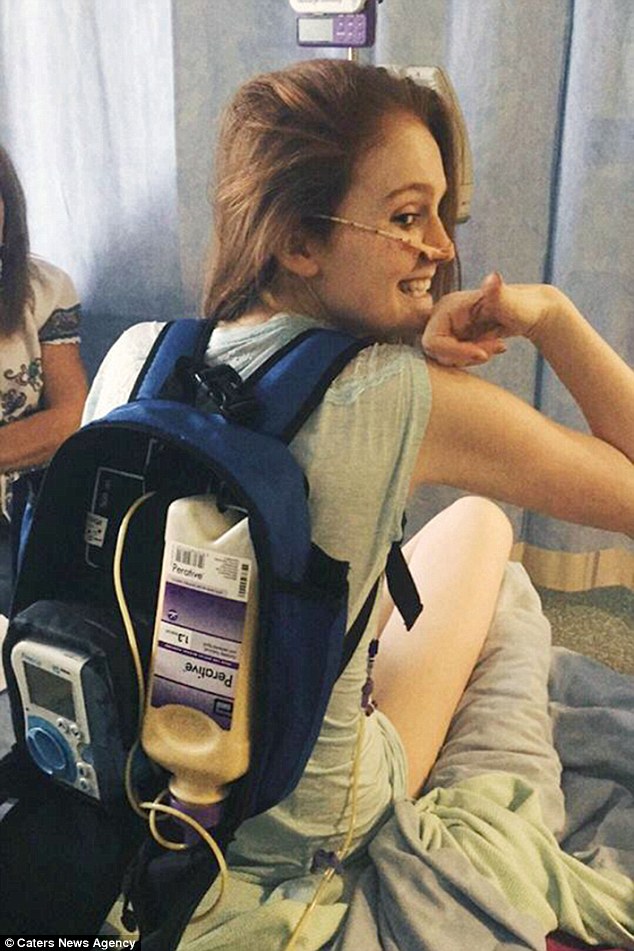 Pictured: Jane Beaumont, 24, from Manchester, with a feeding tube, seen in 2014

‘When I looked at myself in the mirror I was so shocked by how skeletal I looked.

‘I was so unwell at this point and I genuinely thought I was going to die.

‘But after being tube fed for eight weeks I was finally allowed home in June 2014, two months after my first surgery on April 14th.

‘I have spent the last few years rebuilding my life and getting to grips with my bag.’

Jane now feels she is a different person since her surgery and doesn’t care what others think. 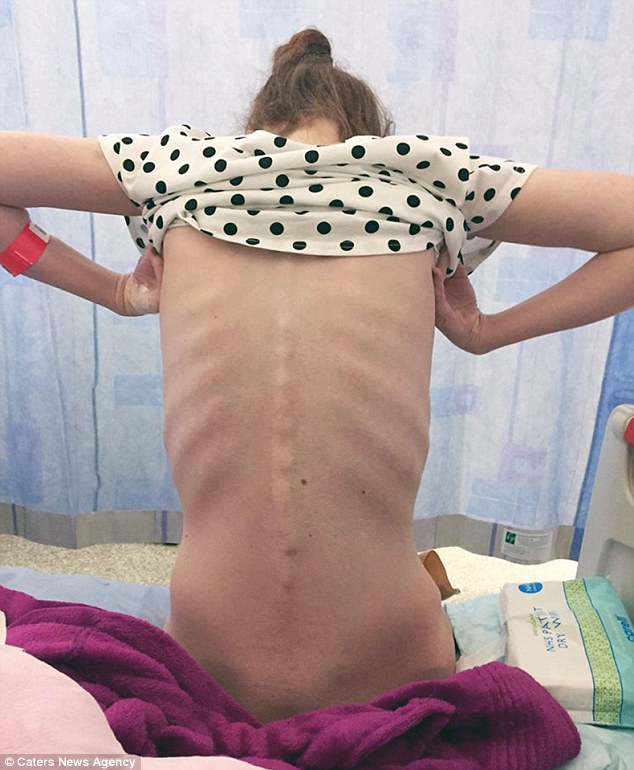 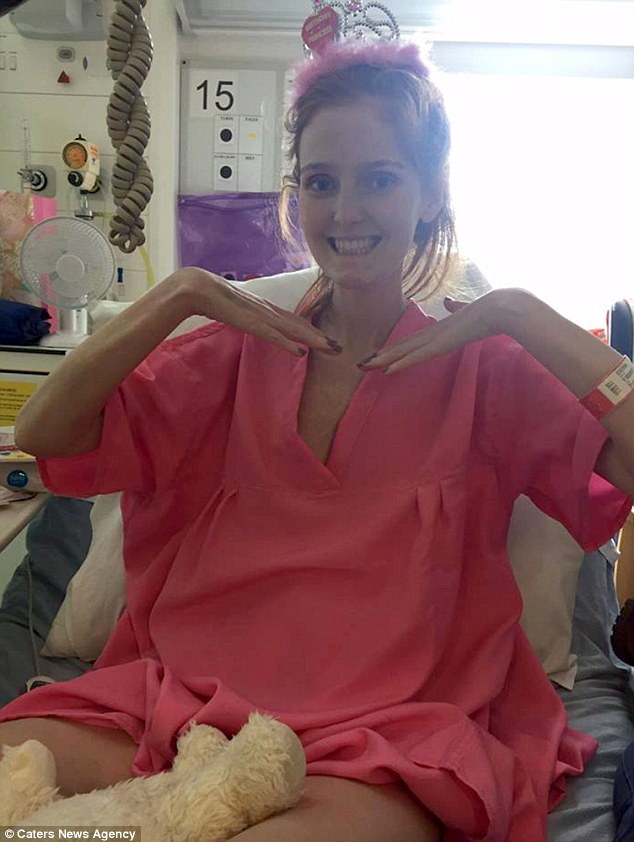 Jane admitted: ‘No medication was working and my only option was to have a colostomy bag to save my life’ Pictured: Jane Beaumont, 24, from Manchester, in hospital. Jane was told she needed a ileostomy bag to remove her bowel in a bid to save her life. 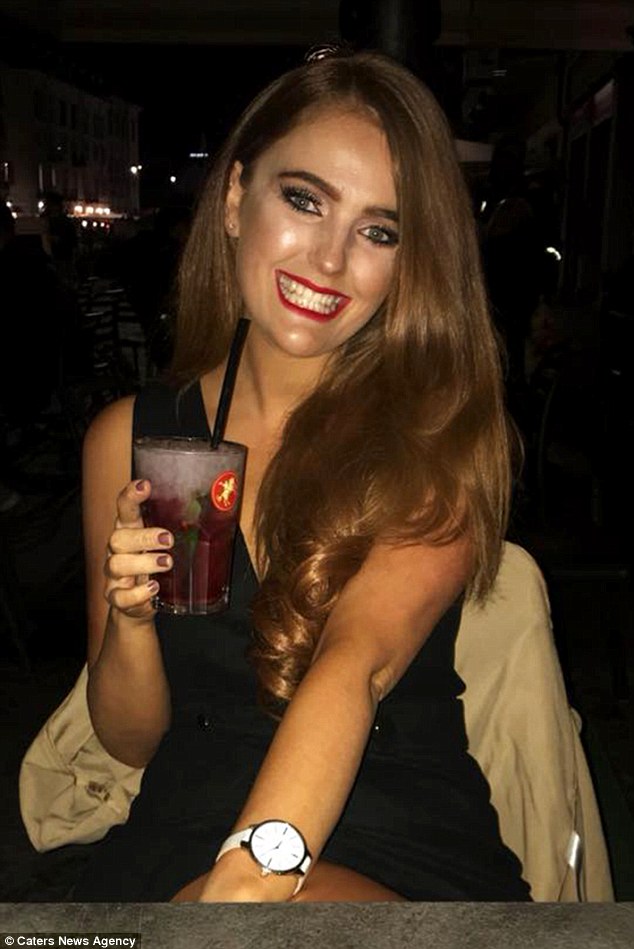 She added: ‘I am so much more positive about my Crohn’s since having my colostomy bag.

‘I am pain free, I no longer take steroids and I’m now back to a healthy weight.

‘I was never big before and although we don’t know for sure who sent the message we know it’s someone we knew as they’d seen my photos on my private Facebook.

‘I still have my up and down days but that’s like any other girl my age anyway.

‘I would tell anyone who is conscious of their appearance to ignore any negative comments as your health is far more important.

‘I am now living my life to the full and have just completed my degree to become a dance teacher.’ 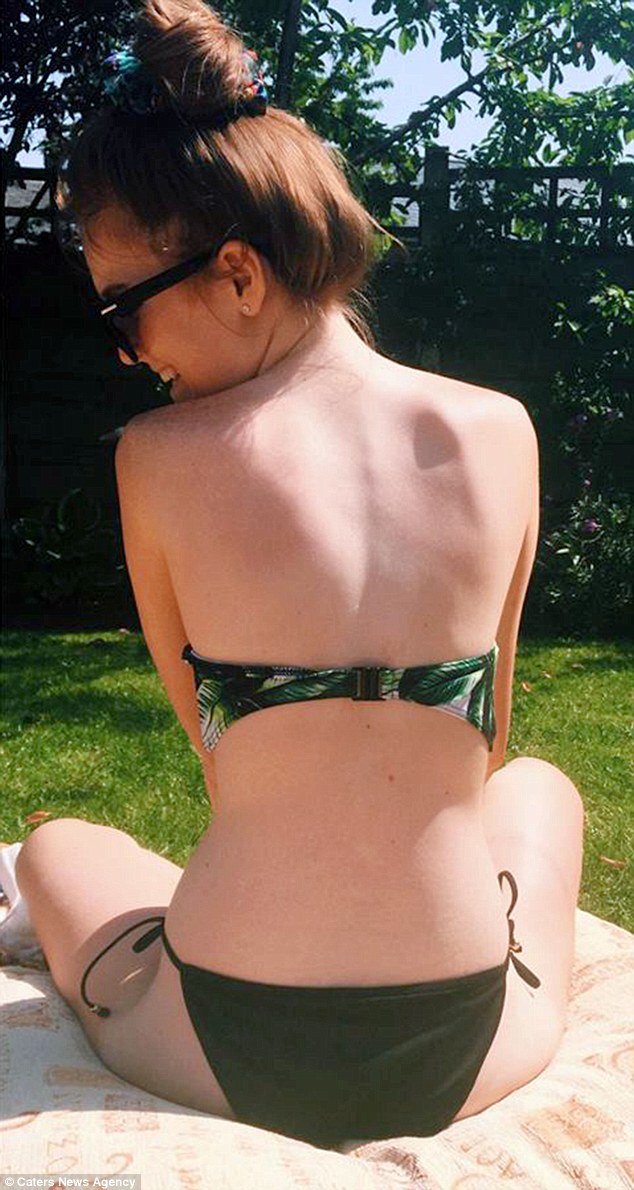 But despite fearing she was going to die, Jane began gaining weight and is now healthy and pain free- seen this year 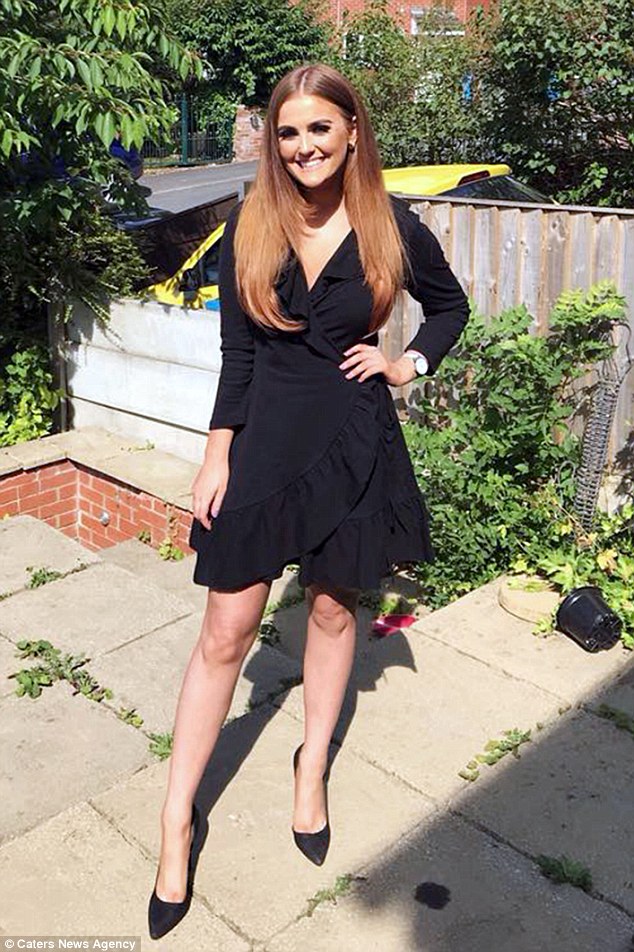 Pictured: Jane Beaumont, 24, from Manchester, looking healthy at her graduation in 2018

What is Crohn’s disease?

Crohn’s disease is an agonising digestive condition that blights the lives of 115,000 people in Britain and as many as 1.6 million in the US.

Eight out of ten patients will need a part of the intestine removed as it becomes so damaged it prevents digestion.

Its cause is still not known and there is currently no cure but some with the condition have considered their diet to be a factor.

However, bacteria is already known to play a major role in causing Crohn’s disease, in addition to genetics and diet.

Conventional treatment is with drugs that suppress the immune system’s production of a protein called TNF, which causes inflammation.