Woman, 34, reveals how she escaped from secretive religious sect formally known as the Exclusive Brethren which outlaws birthdays, pop music and make-up

A woman has revealed how she escaped life in a secretive religious sect which outlaws birthdays, pop music and even make-up.

Jessie Shedden, 34, from Gwent, South Wales, the youngest of eight children, was inducted into an evangelical Christan organisation now known as the Plymouth Brethren Christian Church at one week old, The Sun reported.

She said the church outlaws modern technology and women wearing trousers or make-up, explaining: ‘We followed a strict interpretation of the Bible and our lives were set up to avoid contact with ‘evil’ outsiders.’

After her mother was diagnosed with cancer when she was 30, Jessie became more curious about life outside the church and ended up having sex with an outsider. Her liasons with the stranger inspired her to leave the church. 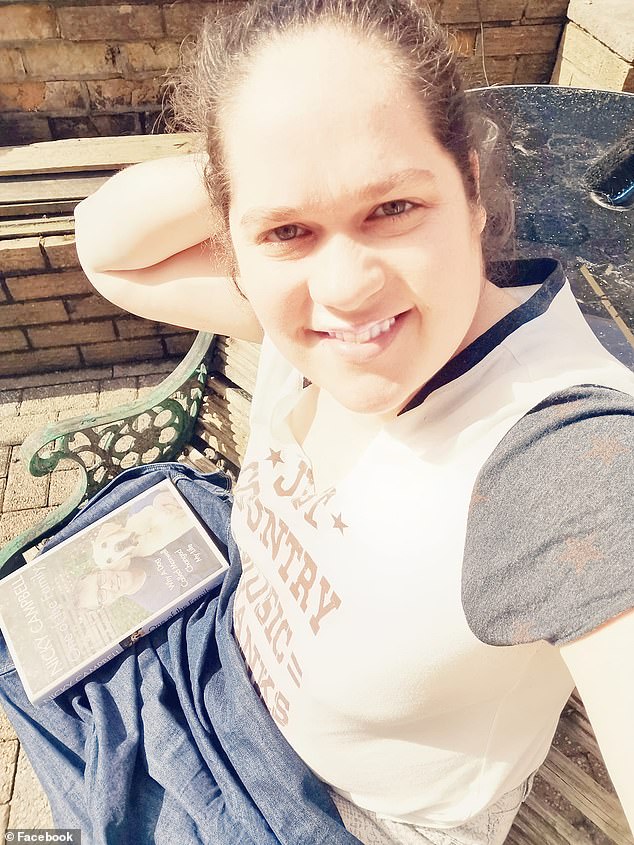 Jessie Shedden, 34, from Gwent, South Wales, has spoken about how she had sex for the first time when she was 30 in the back of a second-hand Honda

At one week old, Jessie was inducted into the evangelical Christian organisation called the Exclusive Brethren which is now known as the Plymouth Brethren Christian Church. Her parents’ families had been in it for generations.

She explained: ‘From the outside, my childhood home looked normal. But inside, we didn’t have a TV or radio, and there were no story books allowed, only religious pamphlets. Pop music was banned and I had no posters on my bedroom walls.

‘Each family saw itself as a self-contained bubble of purity, with women covering their heads in public and forbidden from wearing trousers, make-up and jewellery, or cutting their hair. Our lives were lived for God, and anything ‘frivolous’ such as birthdays, holidays or pets were outlawed.’

Jessie had been homeschooled and wasn’t taught any sex education. 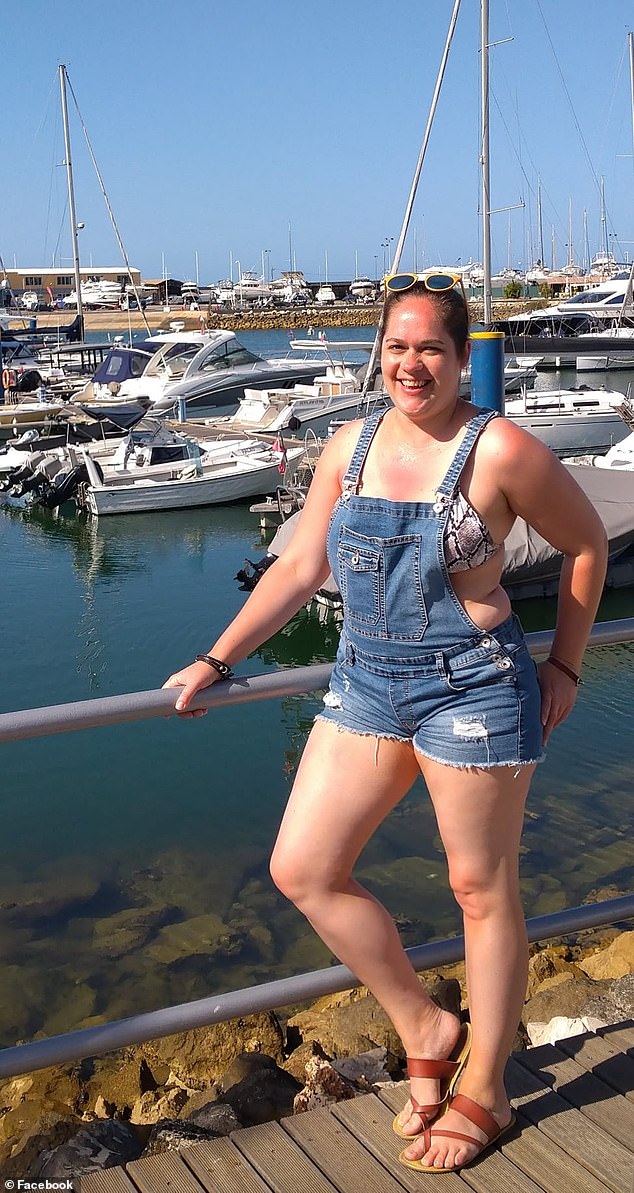 Jessie grew up in Somerset, the youngest of eight children, and was inducted into an evangelical Christan organisation now known as the Plymouth Brethren Christian Church at one week old and recalled how her childhood home didn’t have a TV or radio and religious pamphlets replaced story books, while pop music was also banned 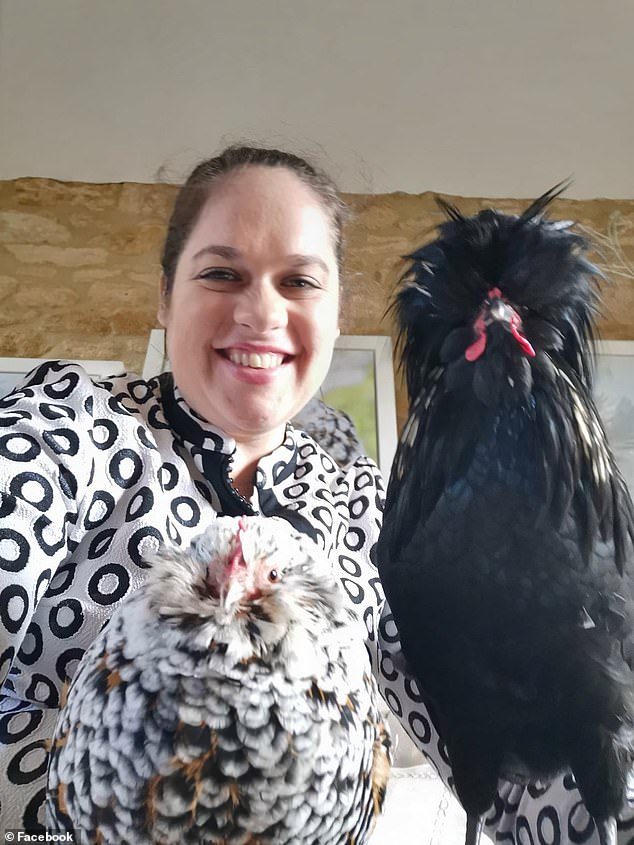 Jessie met her now-fiance Dai, 63, in December 2019 after Dai came to see a pest problem on her farm where she looks after chickens (pictured) and the pair moved in together in March 2020

She called the idea of contraception ‘completely alien’ and confessed she ‘didn’t even know it existed’ for years.

Members of the group believe they were chosen by God and were waiting for the Rapture – a moment when the ‘saints on earth’ will be moved onto the next life, while those who aren’t pure remain on earth.

Believers live in constant fear of the ‘wrath of God’ from a young age, and ex-members have revealed they were not allowed to watch television as children, play with toys, read nursery rhymes, or celebrate birthdays.

Indulging in such activities would decrease the likelihood of members going to heaven in the afterlife, and as a result the church have a reputation of ostracising themselves from the outside world and modern technology.

In 2016, Australian nutritionist Dr Rosemary Stanton described the oppression she was subjected to as she grew up in the secret religious brethren.

Even 40 years later, she found it difficult to look in the mirror, after being told as a child that vanity was a sin.

‘I’ve been brought up in this very strict religious sect,’ she told A Current Affair. ‘It’s really wrong to subject children to that.’

The health professional, who became a household name after becoming a columnist in Cleo Magazine and giving her expertise on television, described how even young girls had to take part in the traditions while growing up.

Females were not allowed to attend university and all females wore a ribbon, bow or scarf across their head from a young age to signify ‘you accept the headship (authority) of men.’

‘I feel extremely lucky that I managed to escape. I was born to a brethren secret group who saw themselves as ‘God’s chosen people,’ she said.

At the age of 20, she and her sister decided to flee, meaning she could never hear from her family again, as members who leave the Brethren are also ex-communicated.

At the age of 11, Jessie became more curious about the world and  how babies were made.

When she reached 18, Jessie said everything changed when she met a local who was 42 through her work.

While it was forbidden for her to be friends with him, they grew closer for years and it made her realise she was craving a different life.

In February 2016 Jessie’s mum, then 66, was diagnosed with colon cancer, dying in June 2018 and the experience shocked Jessie into wanting a different life.

In December 2016, she approached the man, and, on her 30th birthday, the couple had drove down a country lane and had sex in her car.

For days afterwards, she worried about falling pregnant, despite using a condom, because she wasn’t able to access any other contraception.

After a few months the liaisons ended but it made a huge impact on her and she decided to leave the church.

Jessie bought a mobile phone, which she hid, and put down a deposit on a rented house without her parents’ knowledge, until the confirmation of her post redirection was sent to the house.

She said that she has always fancied older men as she was never around people her own age, finding them immature, and associates more with older people.

Jessie met Dai when he came to see a pest problem at her farm, where she looks after chickens.

Jessie, who doesn’t think the couple will have children, said that she is so glad where she is now, and can have sex freely with Dai who is ‘wonderful’ and that she is ‘much happier’.

A church spokesman told The Sun said: ‘Ms Shedden’s decision to no longer attend our church is a personal choice and we wish her the very best.

‘We strongly refute any allegation that Ms Shedden’s experiences are linked to the lifestyle and practices of the Plymouth Brethren Christian Church.

‘The Plymouth Brethren Christian Church is a mainstream Christian Church, which follows the teachings of the Holy Bible. Our 18,000 members have been proud to live and work in communities across the UK for nearly 200 years and we fully embrace the British values of individuality and mutual respect.’