A woman who wanted to prove to her daughter that education is important walked across the stage to receive her university diploma while she was in active labor.

Anshonarial Greenhouse, 31, was experiencing labor contractions when she attended her graduation ceremony on December 13.

The dedicated mother-of-two, who attended the Louisiana State University of Alexandria, had spent her final semester completing assignments, speeches and projects virtually from the hospial. 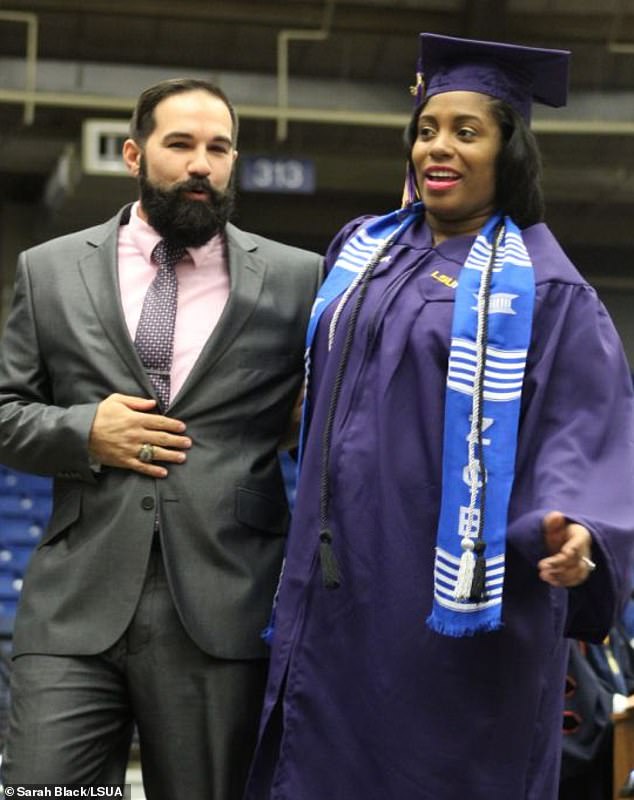 A special moment: 31-year-old Anshonarial Greenhouse received her diploma at the Louisiana State University of Alexandria’s fall commencement ceremony despite being in active labor 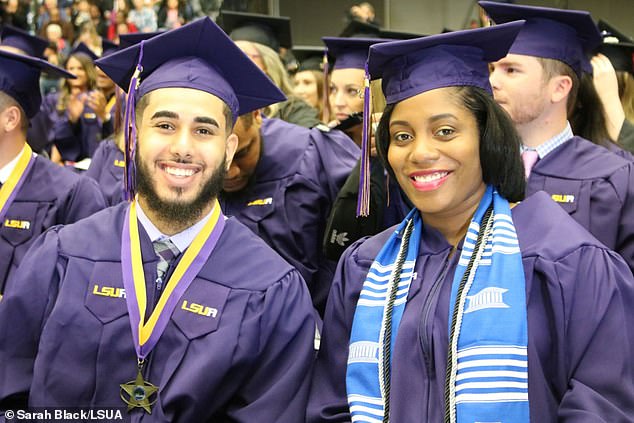 A proud day: Anshonarial (right) pictured with fellow university goer Yousef Ijbara (left) as they wait to walk on stage and receive their diplomas

Anshonarial, a Marksville native, was studying business administration with a focus in accounting.

According to the Daily Advertiser, she began having contractions at 25 weeks, too early to give birth.

Because of this, Anshonarial was given medication to stop the early contractions.

The college graduate said: ‘I knew it was a possibility I couldn’t walk [at graduation], but I really pushed to be able to go.’

Anshonarial said that she wanted to spend the special day with her fellow classmates, one of which was her own mother, Elaine Young, who also studied accounting.

She said: ‘In accounting there are only like ten students. I wanted to be with them.’

The determined mother wasn’t willing to let anything stop her from attending the graduation ceremony and receiving her diploma.

With some help from a baseball coach at the university, she walked across the stage wearing her cap and gown, and received her bachelor’s degree.

CBS reported that Anshonarial was offered the use of a wheelchair to reach the stage, however, she opted not to use it, saying: ‘Walking signifies that I really did it.’

However, despite making it across the stage and successfully receiving her diploma, she said it wasn’t easy. 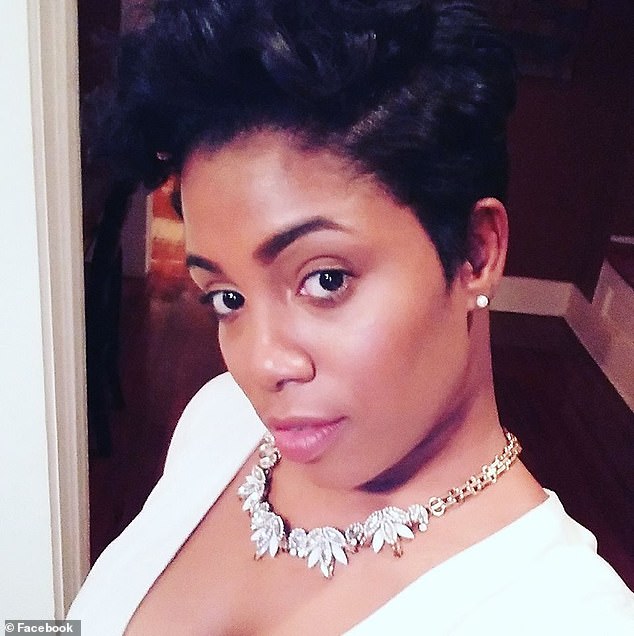 A good example: The mother-of-two said the reason she walked on stage to get her diploma despite being in labor was to show her 10-year-old daughter the importance of education

Anshonarial said: ‘It was rough walking across that stage.’

The Lousiana-based mother revealed that prior to attending the event, she made sure that staff from the university and Acadian Ambulance, a private ambulance service, were aware of her situation, and were ready to react if anything went wrong. 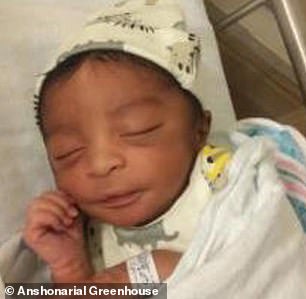 Precious: Nine days after accepting her bachelors degree, Anshonarial gave birth to a healthy baby boy, who she named Zaire

For Anshonarial, graduating was a chance to show a good example for her newborn baby and 10-year-old daughter, Makhia.

She said about her daughter: ‘She understands how important education is.’

‘If she sees me doing my work, she does hers. It’s showing her versus telling her,’ she added.

The mother-of-two spent some time in the hospital during her last semester, during which time she completed assignments and speeches virtually using websites and apps including YouTube.

She also submitted some of her midterms and finals from the hospital.

Her mother, Elaine, also brought some of her assignments into her in the hospital to complete.

Anshonarial said about her time in university: ‘In college, I tried to believe I could do anything if I could be bold enough.

‘I just tried to be a boss [and make it happen],’ she added.