A woman has revealed she married her ex-husband’s best man after he declared his love for her in his congratulatory speech during her first wedding.

Desiree White, 32, from Illinois, and her ex-husband tied the knot in 2010 with one of their mutual friends, Bryant White, joining them for their big day.

The event planner had been friends with Bryant since high school and they formed a friendship as a trio.

But as Desiree stood in her dress having vowed to spend the rest of her life with her new husband, Bryant scandalously declared that he ‘had always loved her’ during his best man’s speech to 200 guests. 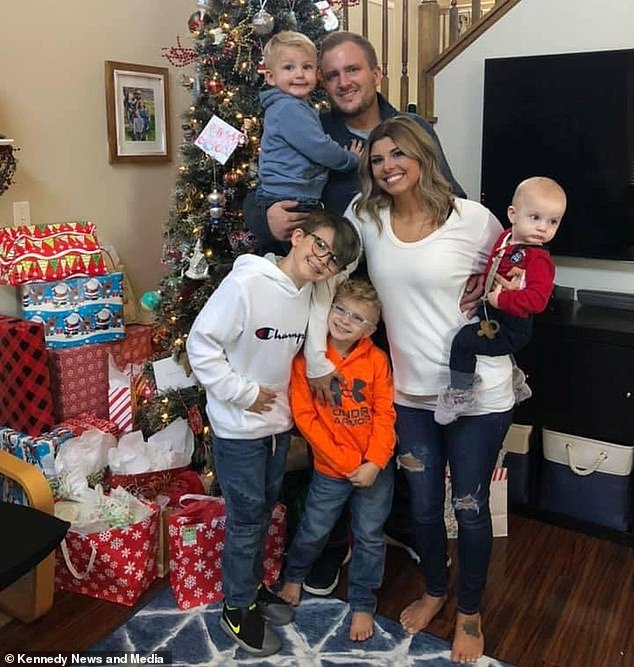 Desiree White, 32, from Illinois, has welcomed four sons with her husband Bryant, who was the best man at her first wedding. Pictured: Desiree and Bryant, with their children Sawyer, nine, Dash, six, Bo, three and Dawson, two 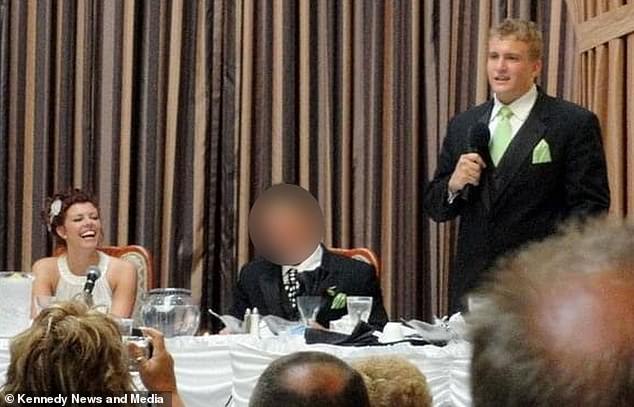 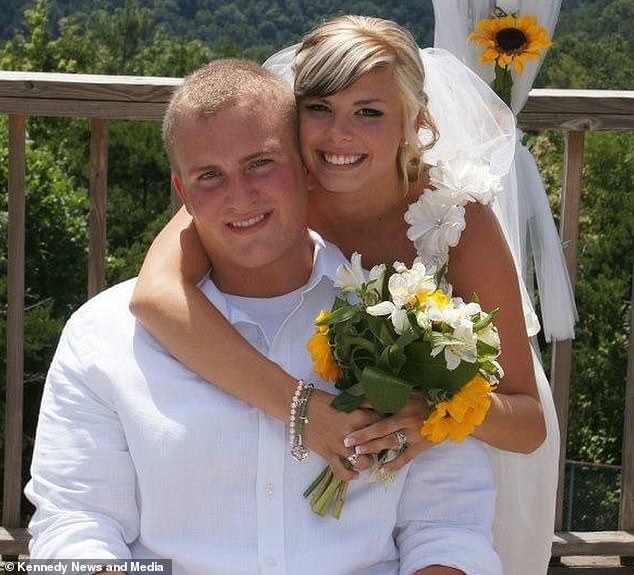 Bryant and Desiree, who married in 2012 (pictured), became friends after meeting in class at high school

Bryant even proclaimed that he knew ‘she had to be his’ from the moment he met her – while his best friend and her new husband sat next to him.

Desiree was stunned and brushed his declaration under the carpet, but just a year later, as she sat weeping after her break-up, Bryant kissed her and relayed his adoration for her.

Desiree and Bryant then got married in 2012 and have now welcomed four sons.

The mother-of-four said she has never been happier despite the ‘very big mess’ she has had to overcome.

Desiree said: ‘Bryant and I met each other in class at high school. I had a boyfriend at the time and because of that, I really wasn’t going to talk to other people.

‘We were just friends and one day when I brought a photo of my boyfriend. He said ‘oh my god, I know him – he’s in my lunch period’. 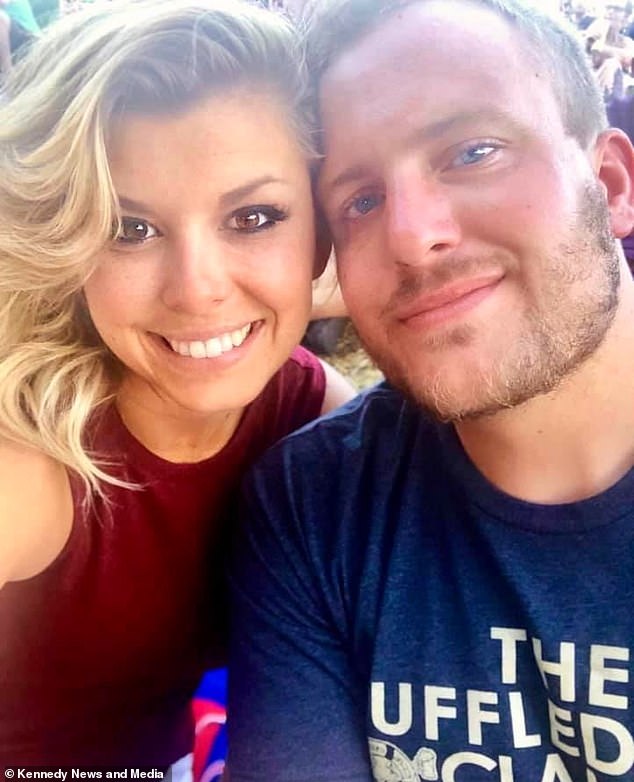 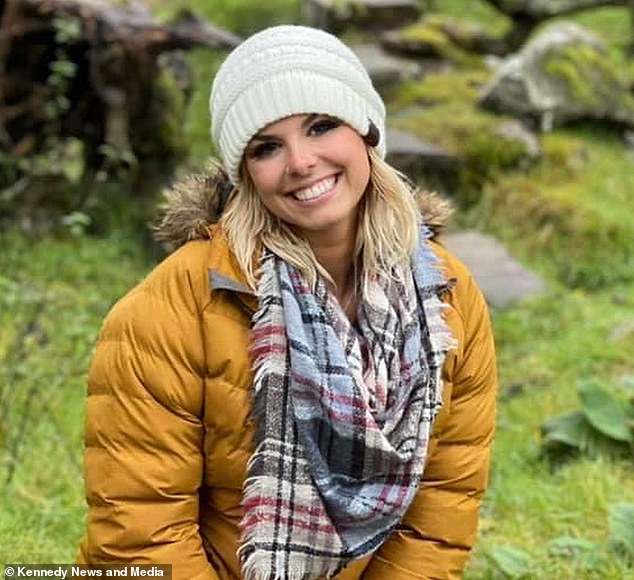 ‘I had been talking about Bryant to my boyfriend saying I loved this kid in my class who was so funny.

‘After that, I suggested we hang out. From then on, we all became friends.

‘Bryant and my ex-husband became best friends and because they were guys, they did a lot together. They did everything together.’

The three students became best friends and Desiree claims she even set Bryant up on dates as he had been unlucky in love.

She claims to have never had any feelings for him while with her first husband. 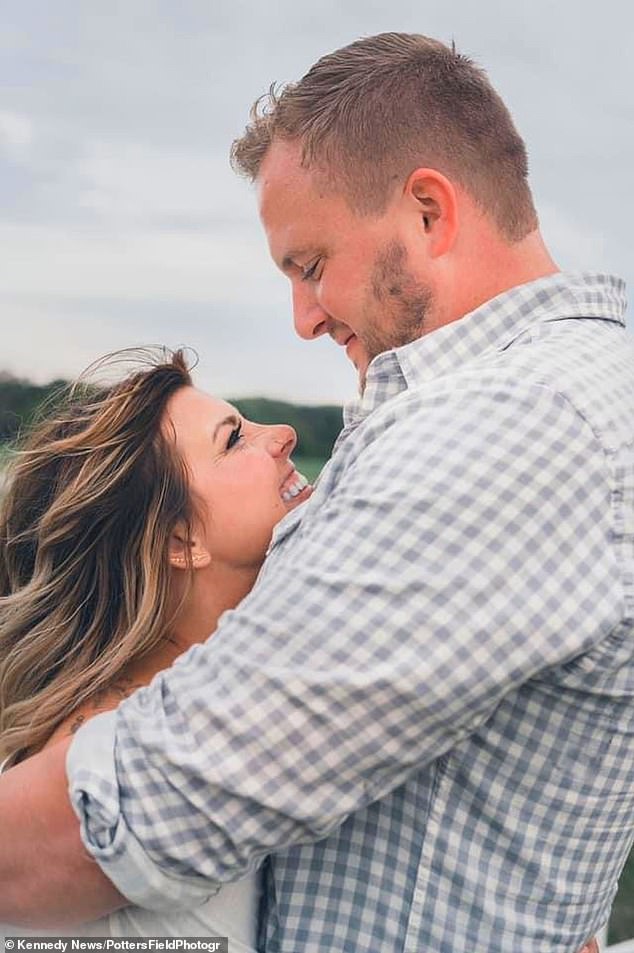 Desiree said she went on double dates with Bryant, who was someone she would’ve never dated at the time 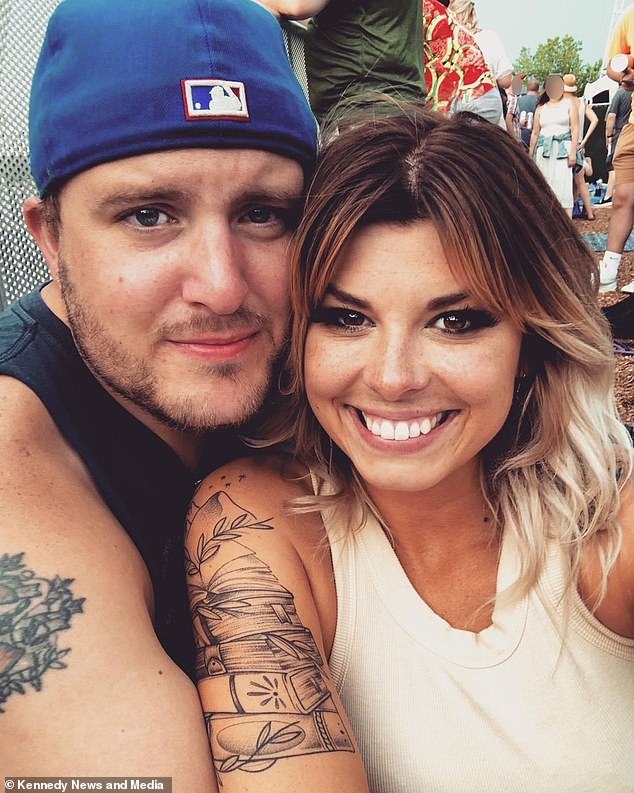 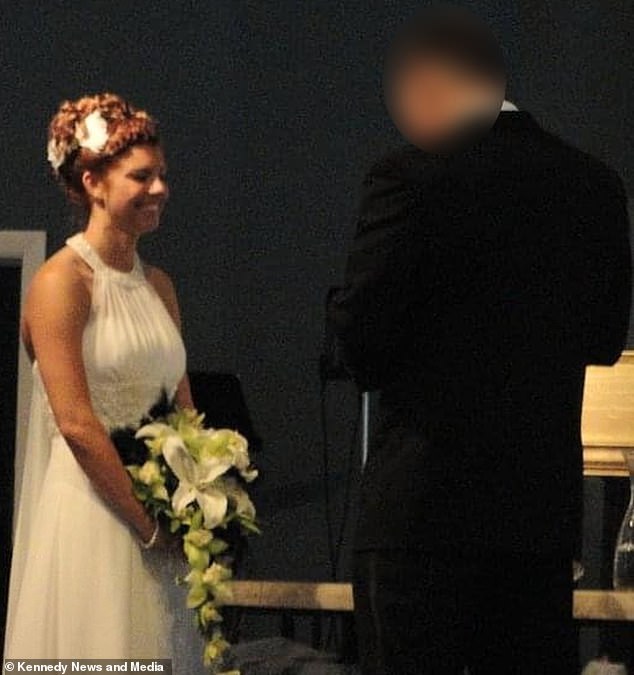 Desiree recounts Bryant being drunk when he gave his best man speech and speaking candidly about his love for her. Pictured: Desiree marrying her ex-husband

Desiree recounts that Bryant had a few too many drinks and even before she walked up the aisle, was stunned by how beautiful she looked on the day of her first wedding.

Desiree said: ‘I set Bryant up so many times. I’ve been on double dates with him and I always tell people I wouldn’t have ever dated the person he was then.

‘He had a lot of growing up to do. I didn’t really look at him in that way.

‘I got married [a few years later]. On the day, Bryant was really drunk.

‘On the wedding day, I walked into the living room, right when I was done getting ready with my wedding dress on and my hair done. Bryant came into my parent’s house and froze and stared at me. 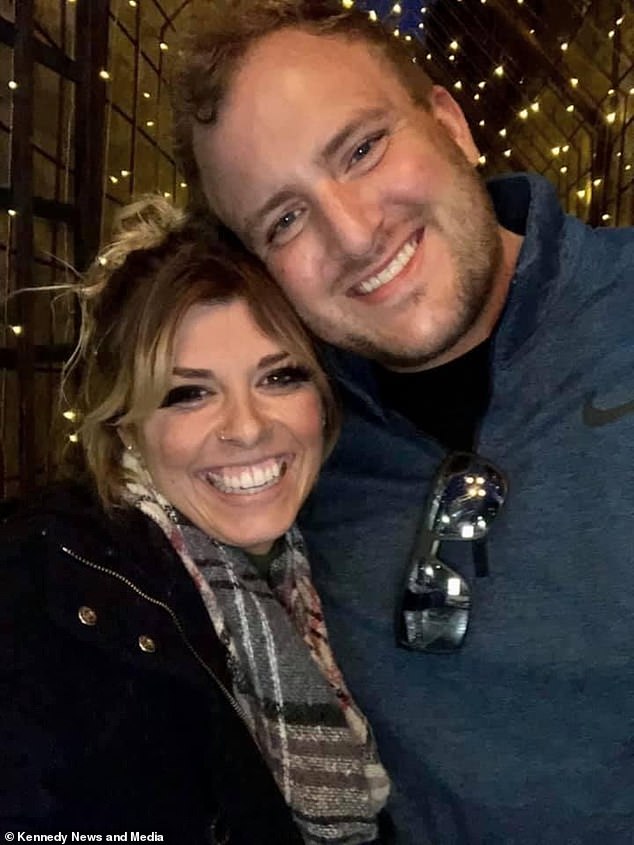 ‘I said “hey, what’s up?”. He said I looked beautiful. I’d never had a moment of him looking at me like that.

‘I thought he was being nice because it was my wedding day.

‘We went to the wedding and he was really drunk. I told him he still needed to do his best man’s speech.

‘When he went up to do it, he said I” remember the first moment I saw Desiree, I loved her. I fell in love with her. I knew she had to be mine. I thought she was the most beautiful person I’ve ever seen in my life”‘. 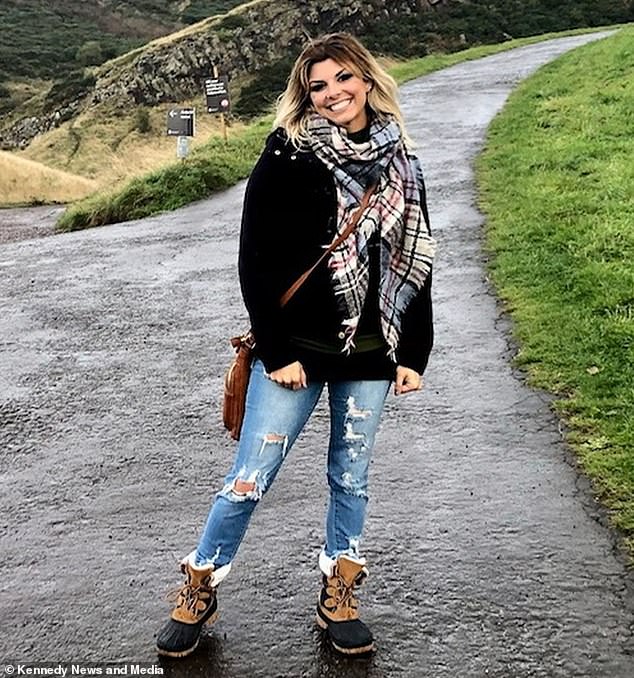 Desiree said everyone was kind of laughing during Bryant’s speech and her ears were ringing, then it got quiet

‘He said “she’s the best person I’ve ever met. I’ve never met anyone like her. Then I found out she already had a boyfriend and I thought I needed to find out a way to get her, but then I met her ex and we became friends”‘.

‘He then just said “love you both – congratulations”‘.

‘It ended there. I remember when he first started my ears were ringing. I’m really introvert. I was in front of all these people and I didn’t know what was happening.

‘I don’t think I thought anything of it. I was in my own head. Everyone was kind of laughing and then it got quiet.’ 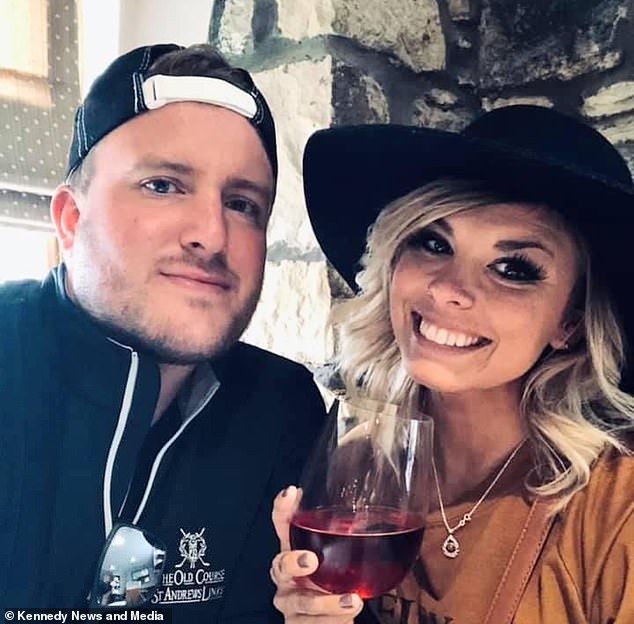 Desiree and Bryant found themselves on the dancefloor together later that night and while she expected a friendly dance with her husband’s best man, he asked why she had never given him ‘a chance’.

Desiree said: ‘I remember that night me and Bryant had one last dance before the wedding night was over. We danced with the best man and the maid of honour.

‘He said “why didn’t you ever give me a chance? I would have always taken care of you”. I asked him what he meant and he said “nothing. I love you, I love [your ex]”. Then he got quiet.

‘I went upstairs and I remember sitting in my dress in the hotel room confused. I wondered if I was misinterpreting what vibe he was giving off and just didn’t talk about it again. 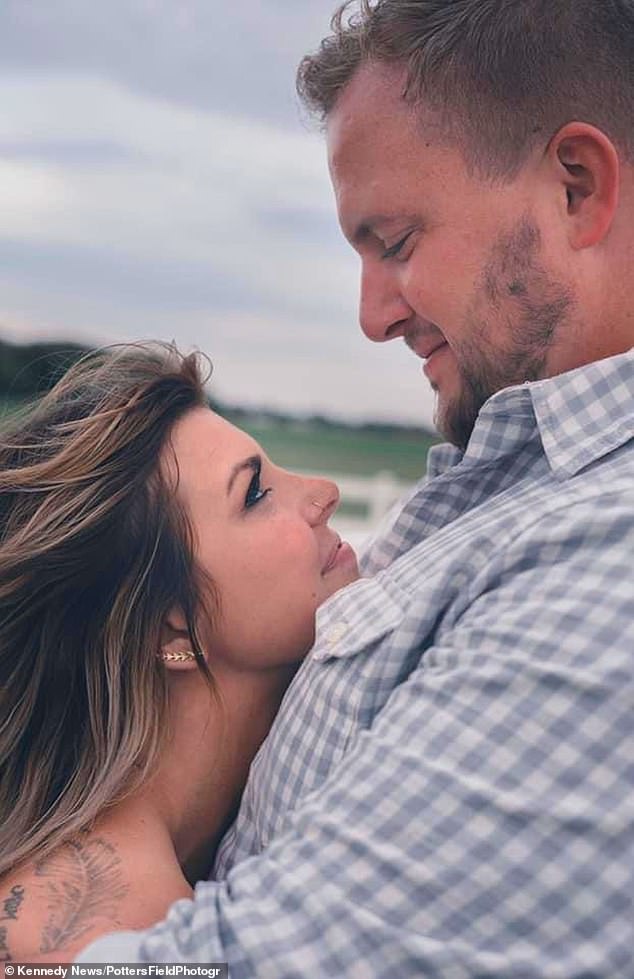 ‘I’m sure it was because he was really drunk and lonely. I knew up to this point that he had girlfriends that weren’t working out and he was kind of the third wheel.’

Within a year, Desiree’s marriage had unravelled and she got divorced from her ex-husband in 2011.

Bryant offered her emotional support and one day after they met up, kissed her before vowing to always be there for her.

Desiree said: ‘We were married for less than a year. He was living a totally different lifestyle [to me]. 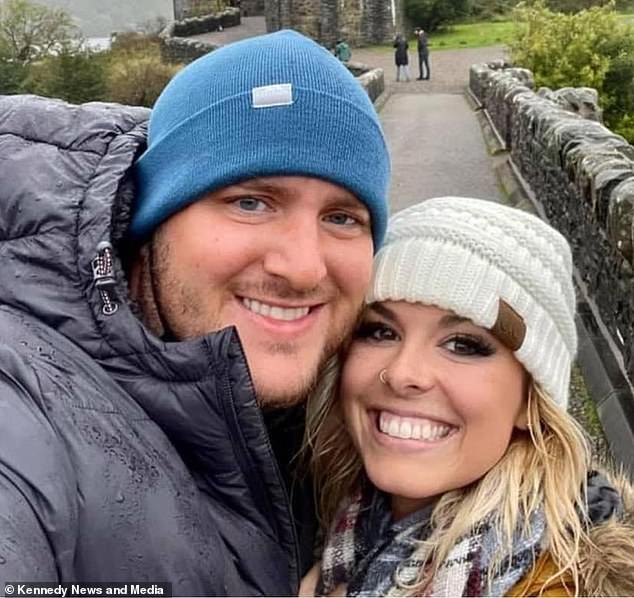 Desiree got divorced from her ex-husband within a year of their wedding, but had Bryant for emotional support 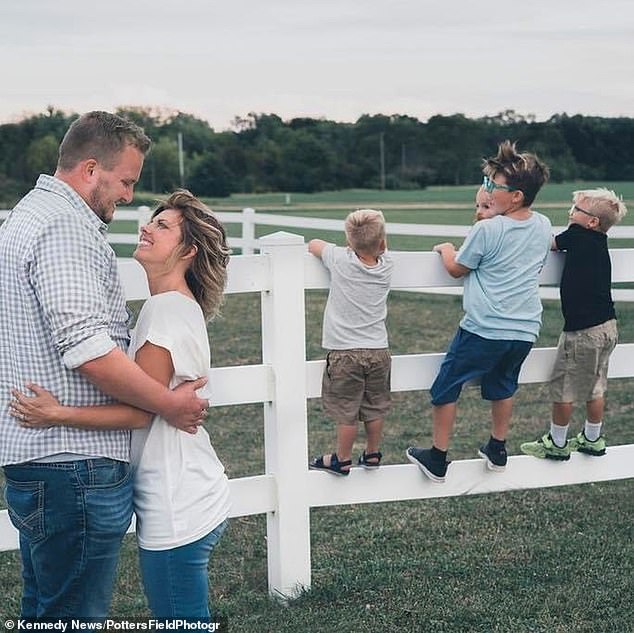 Desiree said her mother called Bryant about her depression after going through the divorce. Pictured: The couple with their four sons

‘Bryant and I stayed friends throughout it all. When we broke up and divorced, I went through a depression and was really secluded myself. I just didn’t want to make an effort for anything.

‘I remember my mum was actually calling Bryant and saying I wasn’t eating or doing anything and that she was really worried.

‘He’d ask me to eat with him or hang out and watch a show. He was trying to be there for me.

‘Whenever me and my ex were going through the divorce, I wanted to move out of the apartment but I couldn’t afford to leave so we just stayed in separate rooms. 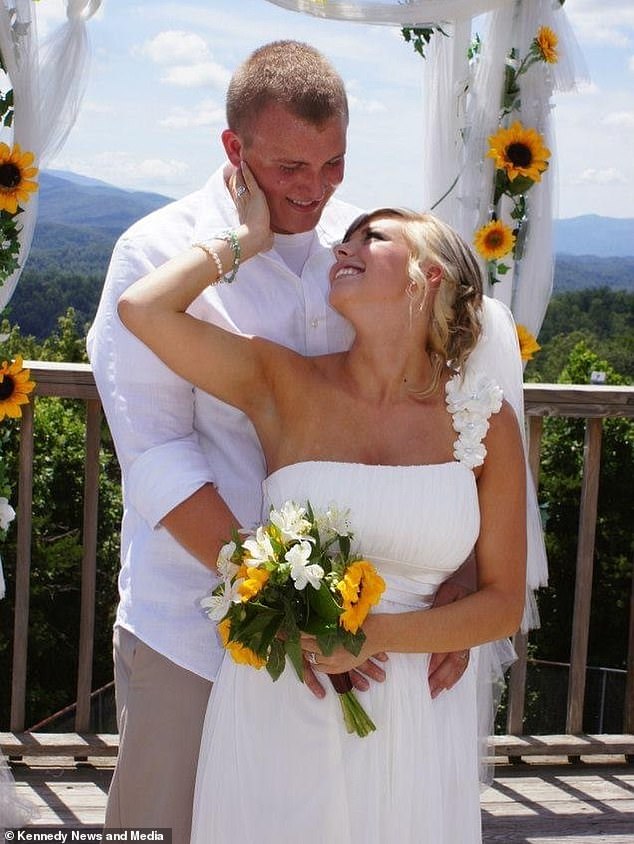 Desiree and Bryant got married (pictured) within a year of starting their relationship, after a surprise pregnancy with their first son Sawyer

‘I had to finish the semester in this apartment with him then Bryant and I just kissed one day when we were hanging out.

‘It was out of nowhere. When he kissed me, I didn’t stop it then I kissed him back.

‘I was shocked that it was a good kiss. It felt good and natural.

‘He looked up, smiled at me and I just said “you just kissed me”. He smiled and asked if he could do it again.’

The couple soon started their relationship and within a year, they had married after a surprise pregnancy with their first son, Sawyer, now nine. 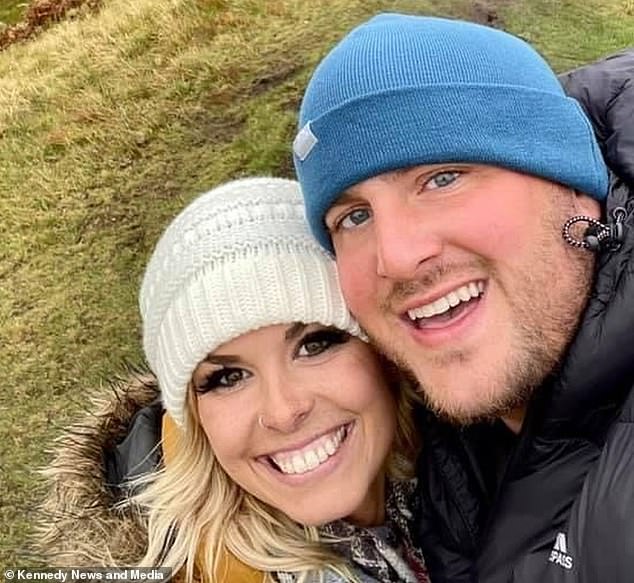 Desiree said she had become tired of thinking about everyone else’s feelings, when she began to consider the chemistry she had with Bryant 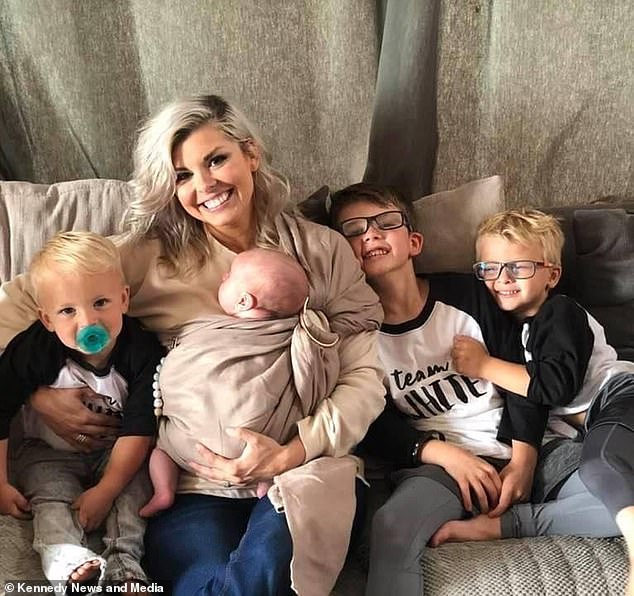 Desiree said: ‘I’d just got out of this big situation and to get into something with Bryant felt really heavy to me.

‘After a bit of time, after everything I went through, I was so tired of thinking through everyone else’s feelings.

‘Bryant made me happy. Even though we’d never done anything and I never saw him in [a romantic] way, there was so much chemistry between us. 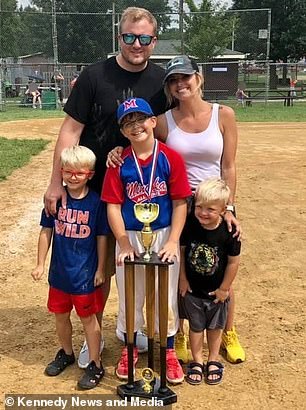 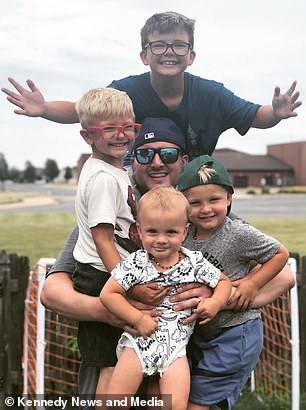 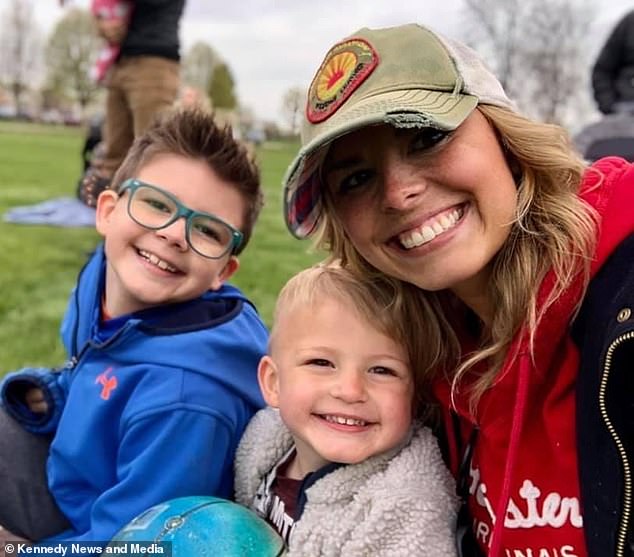 Desiree said she and Bryant love being parents, but she would never have thought to become a mother of four when she was 20. Pictured: Desiree with sons Sawyer and Bo 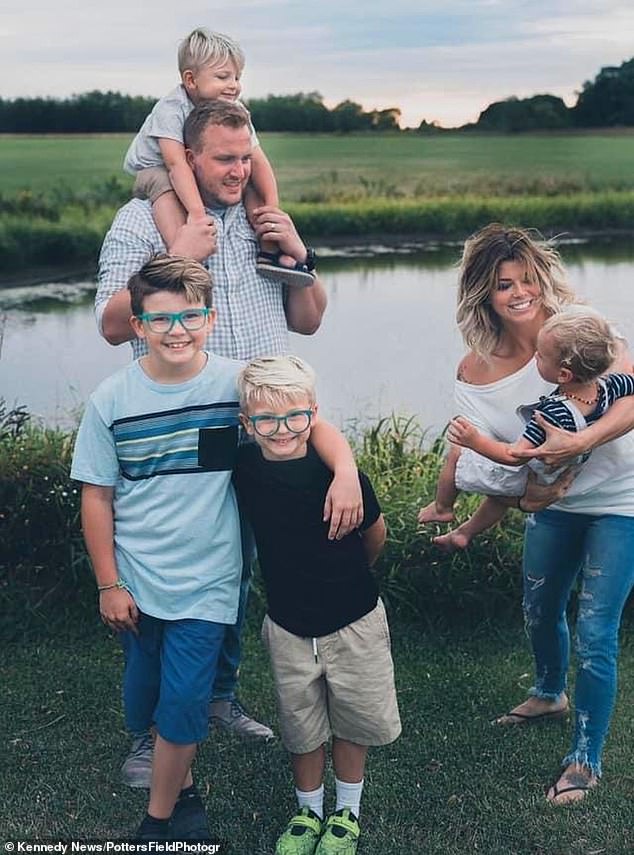 Desiree said she and Bryant had always been friends, but it was like nothing seemed hard after they got together romantically

‘It wasn’t awkward at all. It was better. I didn’t have feelings develop with anyone else like that, like how I was with him.

‘We ended up getting married. We were talking about it but thought we should wait some time. It had been a very big mess so we thought the smart thing would be to wait.

‘But then well into a year of being together, I found out I was pregnant with our first baby. Then he asked me to marry him.

‘He said “I always wanted to marry you and this isn’t because of the baby, but let’s start this family right”.

‘We were always friends but when we were together [romantically], it was like nothing was hard to do anymore knowing we had each other.

‘We love being parents. 20-year-old Desiree wouldn’t think she could be mum of four kids.

‘She couldn’t imagine this is what my life would be like now.