Woman, 21, sends an ‘exit survey’ to her ex-boyfriends after being ghosted, asking bold-faced questions like, ‘When did you know this wouldn’t work out?’ and, ‘What is wrong with you?’

A very courageous woman has figured out a way to get constructive feedback from her exes — by asking them all to fill out a very detailed ‘exit survey’ in an attempt to establish what went wrong in the relationship.

A Twitter user named Abby Govindan took to the platform earlier this week to say she knows a woman who ‘sends an exit survey to every guy she casually AND seriously dates’.

She then identified the woman in question as a Twitter user named Katherine Miller, who is based in Washington, D.C. Katherine, who is known as Katie, has retweeted Abby’s original message, which features some of the hilarious questions that appear on the survey. 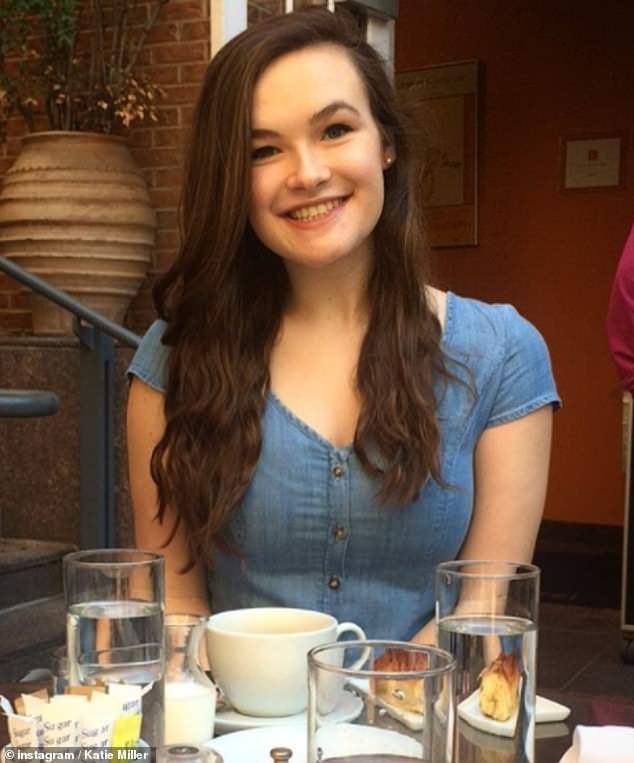 Questions: A Twitter user took to the platform earlier this week to say that her friend Katherine Miller (pictured), who is based in Washington, D.C., sends a hilarious ‘exist survey’ to her exes 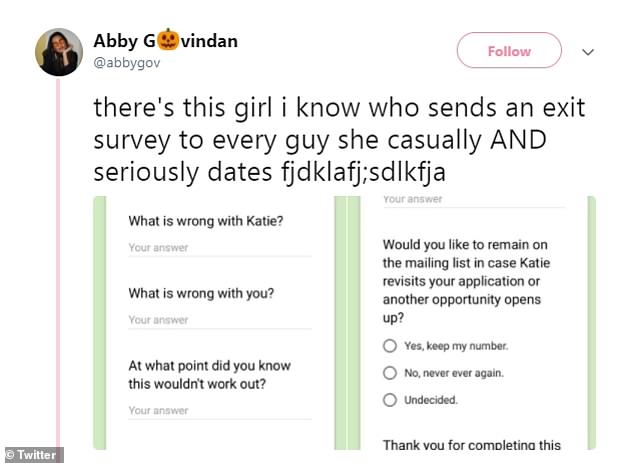 Shout-out: The Twitter user, named Abby, said her friend sends the exit survey to ‘every guy she casually AND seriously dates’

In her efforts to gain as much knowledge as possible about the relationship, the woman also included: ‘At one point did you know this wouldn’t work out?’

She asked her exes for suggestions, asking them: ‘What could Katie have done to enhance this experience for you?’

The survey also asks: ‘Would you refer Katie to a friend? If so, please list numbers here.’ 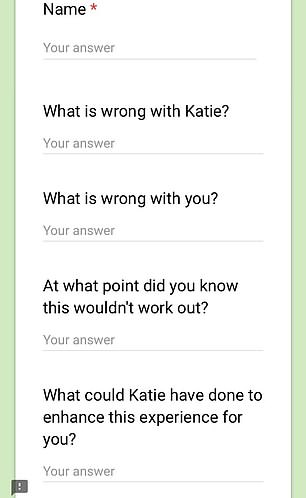 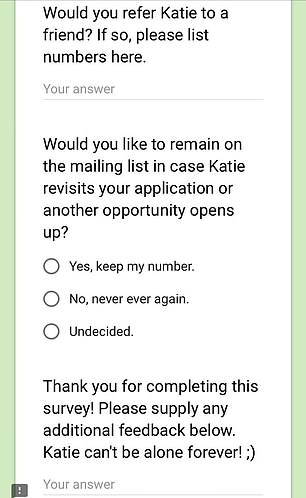 The document mimics the formal tone of many job boards, asking exes: ‘Would you like to remain on the mailing list in case Katie revisits your application or another opportunity opens up?’

Exes are then given the possibility to provide additional feedback because ‘Katie can’t be alone forever!’

Abby’s tweet quickly went viral and has now garnered more than 20,000 likes, with many people praising the survey and saying they might consider implementing similar measures with their own exes.

‘This is a work of genius,’ one person wrote. ‘Finally dating has the structure and administrative bureaucracy it has always needed.’

‘I have GOT to start doing this,’ someone else added.

Katherine appeared to address the viral tweet and her survey in a follow-up message in which she wrote: ‘I’m not looking for a relationship, I just want to learn everything about your life so I can sell it to third-party research.’

The student later revealed that she created the survey recently after being ghosted — which happens when someone abruptly ends a relationship by ceasing communication — and deciding to try to prevent the situation in the future.

‘I actually made the survey on Sunday after being ghosted yet again,’ she told INSIDER. ‘I wanted to see if I could prevent that, and I wanted to ask why it happened without initiating a conversation.’

Katherine has been sending the survey and said she has received rather considerate responses.

‘Not every guy has responded, and the ones who have are very nice,’ she said.

Several Twitter users have also said they would love to see some of the exes’ answers to the survey. Katherine revealed a few ones in her interview, telling INSIDER that responses to the question: ‘What could Katie have done to enhance this experience for you?’ have included: ‘ Come to some bars with me,’ ‘No biting,’ ‘Visited Maine,’ ‘Give me a shoulder massage,’ and ‘More tater tots.’