Love it or hate it, Alexa Greenfield, a.k.a Chicken-Finger Dipper, and her cola and chicken-fingers combo is here to stay. The 26-year-old opened up to Us Weekly to dish on her eating habits, how she used to carry chicken fingers in her bag, and more.

Greenfield first gained attention this year when ESPN cameras caught her eating chicken fingers and dipping them in cola at the U.S. Open. And while Greenfield had no idea she was being filmed or that she would become a viral sensation, she admits that the “weird”  pairing started at a young age.

“When I was younger my dad told me if my chicken fingers were too hot to put them in soda to cool them off and then I started to really like the taste,” she tells Us Weekly. I used to carry snacks around in my purse and I would randomly whip out chicken fingers in the back of a taxi and the driver was just like, ‘What the hell is wrong with you?’” Greenfield said. 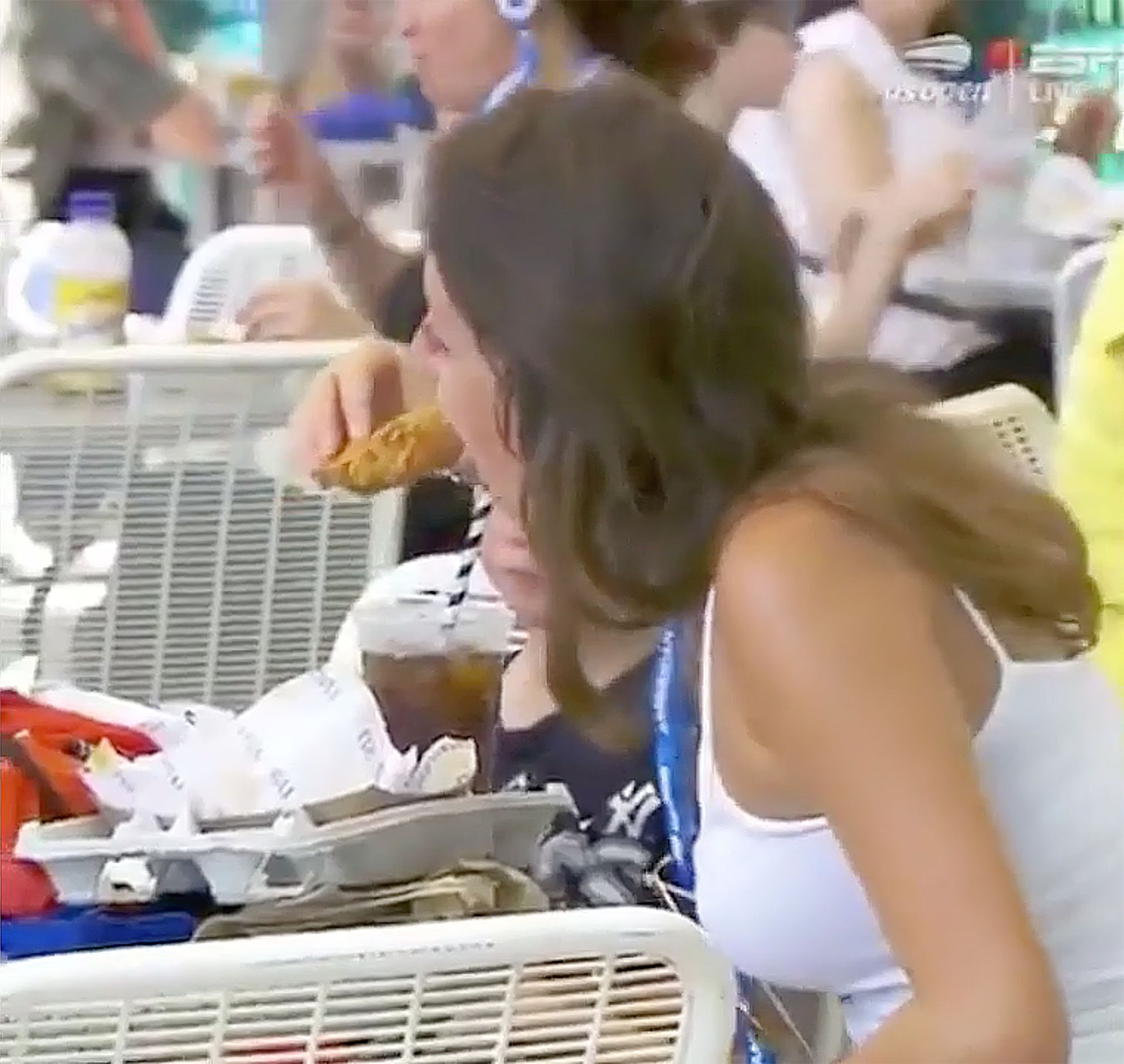 When she’s not carrying around chicken fingers, Greenfield has no shame about ordering off of the kid’s menu at just about any dining spot. “I was in Barcelona at a fancy restaurant and they didn’t have anything that I liked to eat, so I asked them for chicken fingers and French fries. They went to McDonald’s, got the chicken fingers and fries, and served them on the plate for me at the restaurant!” she exclaims.

And Greenfield is taking all the new attention in stride: “I have never laughed this much in my life. It’s just been so funny. It makes no sense and it’s so bizarre. Everyone was like, ‘You saved our summer blues’ or ‘You saved Labor Day.’” Besides the comedic aspect, Greenfield has gotten romantic propositions as well. “I have so many message requests and have gotten hundreds of date offers and at least a dozen marriage proposals,” she reveals.

And what’s next for Greenfield? “I have a lot of plans, so maybe a TV show, a reality show, a culinary show or a food show and deals with fast food and soda companies.”

With reporting by Marc Lupo.