A woman who describes herself as a ‘sexual surrogate’ for the elderly and disabled has lifted the lid on her unusual profession.

Posting on Reddit, the young woman, who was born in Russia but has lived in Germany since she was three, explained how she gives ‘pleasure and sexuality’ to paying customers up to three times a week – and ‘tries’ her best to enjoy it.

Sexual ‘surrogates’ or ‘assistants’ (sexualbegleitung) are practitioners who are paid to help people with intimacy and sexuality, a profession which is legal in many European countries including Germany.

She opened the discussion under the ‘Ask Me Anything’ subsection and was soon inundated with almost 400 questions from curious Reddit users. 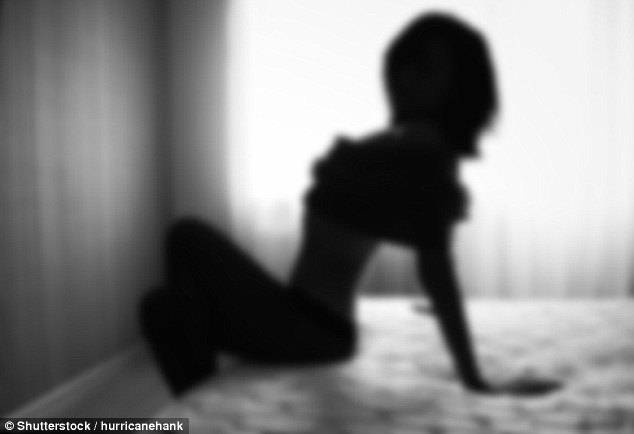 Writing under a pseudonym, the sex worker explained that her family have no idea about her secret career and she tells people who asks what she does that she’s a student.

She claimed to see two to three clients a week, and admitted that while she tries to make the most of it, she only ‘really enjoys’ her work between 10 and 15 per cent of the time.

And when asked what she ‘does’ for paraplegic people, she replied: ‘Sometimes it’s just kissing and letting them watch’.

She also revealed she had applied for the job after seeing a television advert, but had undergone ‘no official training’ before entering her chosen career.

One person asked about her attitude towards sleeping with older and mentally disabled adults, to which she replied: ‘I don’t work with clients who are not capable of consenting.’

She endures sex with unhygienic clients with the help of ‘chewing gum and a locked nose’, she added.

The woman, who chose to remain anonymous, invited fellow Reddit users to ask her questions

Hot topic: The sex worker opened the discussion under the ‘Ask Me Anything’ subsection and was soon inundated with almost 400 questions from curious Reddit users