‘It was stressful and we fought constantly’: Women reveal how it REALLY felt to move in with their partner (including one who took the plunge after just FIVE DAYS)

Moving in with your partner is one of the biggest decisions you make in your life, but while for many couples it’s a bonding experience, it can also end in tears.

Now, women from around the world have taken to Reddit to reveal what it’s really like to live with your other half for the first time.

Some spoke fondly of ‘puppy love’ and the honeymoon period that made cohabitation feel like a ‘never-ending sleepover’.

However, some also admitted to struggling to adjust to their partner’s idiosyncrasies and bad habits.

One brave soul admitted that she and her partner had moved in together just five days after they met. 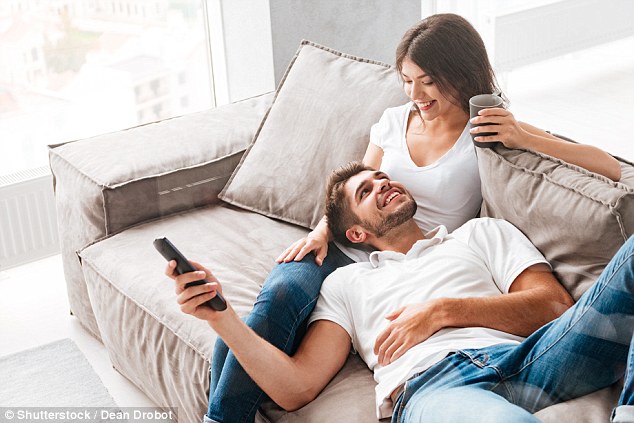 She said: ‘We moved in together five days after we met (been together a little over eight years now) so I guess I missed out on that “new puppy love” type feeling.

‘I guess it was kind of instantly domestic, and a bit weird all-around… everything was new.’

The blissful romance triggered by moving in together was a common theme and one woman said: ‘There was definitely a lot of puppy love.

‘We may not experience it as much now, but we have conversations about it, and we just try to acknowledge the reasons why we felt that way and continue to celebrate them.’

A lot of the women who replied to the thread said that their experience of moving in with their partner was amazing. They compared it to a long sleepover and said that they had now settled into comfortable and loving routines

Another wrote: ‘It was pretty amazing. It was like we were both competing to be the best roommate. I’d bake stuff, he’d clean extra things, I’d do his chores and he’d snuggle me for ages. We kind of figured out things as we went along and never had any issues.

‘When the newness wore off, we just kind of settled into a rhythm. But we still did and do all the nice things for each other.’

However, some women were less enthusiastic as they shared their experiences of living with their partner.

One wrote: ‘It was pretty stressful, to be honest. I am a hardcore introvert, so it was incredibly daunting to think I’d be coming home to a person who would talk to me and engage me, even if that person was my dear [significant other].

However, some of the other women who replied to the thread had less than happy stories to share. Some of them admitted that living with their partners was difficult because of the change in their circumstances. Others admitted to feeling awkward with them

‘It was rough for the first three or four months, but after the adjustment, we got used to each other’s spaces and rhythms and things got a lot easier.’

Another said: ‘We moved into her parents house in April after meeting in [January]. Moved into our own apartment in July. Great.

‘Then, when I came back in from taking the dogs out, I was yelled at for not apologizing for not being serious enough while I’m half asleep.

‘I was told to leave. Currently sitting at a coffee shop to get some space and time to cool off. Hopefully I don’t have to move back to my parents’ tonight.’

A third simply added: ‘It was just stressful and we fought constantly.’

Some the women admitted that it was difficult to live with their partners because of other people – including parents.

This woman said: ‘The first time we moved in together was in his parents house in January of this year. We lived on one end of the house, they lived on the other.

‘I put up with this bull**** for eight months. I finally gave him an ultimatum, either we go together, or I go by myself.

‘​After much searching for something we could afford, we have now been living together in our very own apartment for a month. our relationship has vastly improved.

‘Our sex life has improved.. and he repeatedly tells me, “I can’t believe I waited so long to do this with you. I can’t believe what I’ve been missing out on.”

‘​I love him very much, but I was not going to fight his parents for his love.’

Another added: ‘Sometimes you just can’t live together with some people. My husband and I lived with his parents for about eight months when we moved to our city, and we could not get along.

‘My husband was always in the middle. As soon as we moved out, I get along much better with his parents.’