The truth behind those ‘candid’ snaps! Woman, 32, who recreated Instagram stars’ picture-perfect travel photos reveals the agonizing amount of work it REALLY takes to get every picture

A woman who tried to recreate the vacation pictures of some of Instagram’s biggest influencers, has revealed being Insta-famous is much harder than it looks.

Writing for Cosmopolitan, Ashley Mateo, 32, traveled to the San Ignacio Resort Hotel, about two hours outside of Belize City to construct her artfully posed shots.

And while she shared that she loves photography and loves to travel, the experiment gave her ‘a whole new appreciation for how these social-media stars live – and work, because make no mistake, Instagram influencing is a job’. 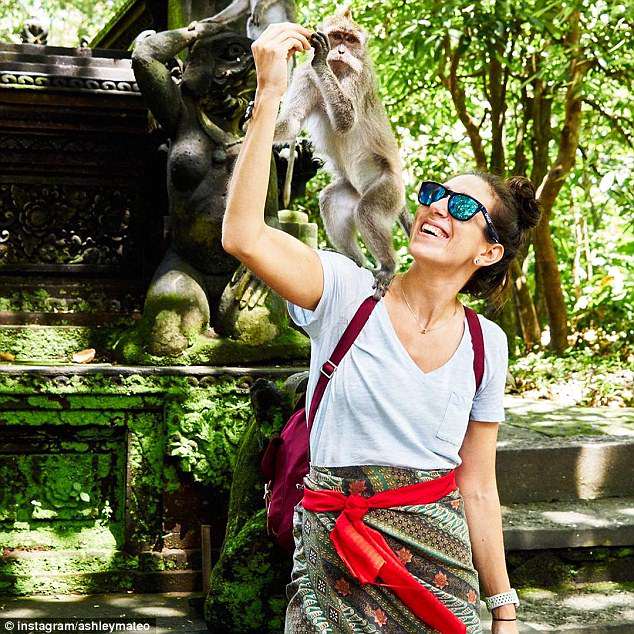 Copy cat: Travel writer Ashley Mateo has written about her attempt to recreate the vacation pictures of some of Instagram’s biggest influencers 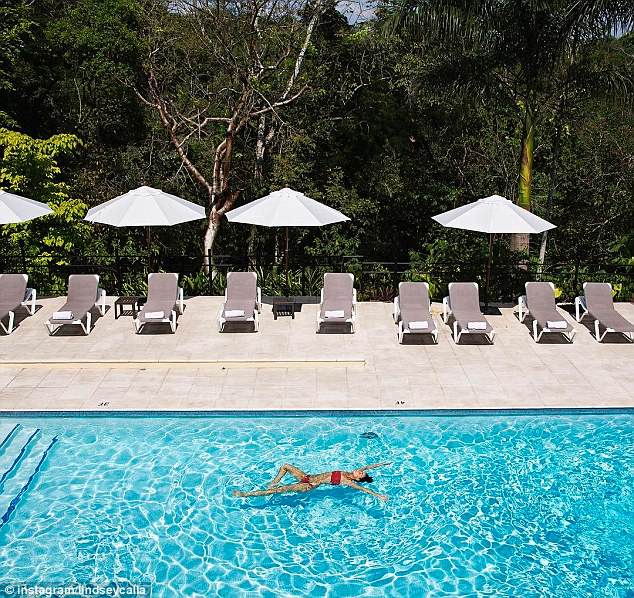 Inspiration: As Ashley was staying at the same hotel influencer Lindsey Calla had visited, she used Lindsey’s pool shot (pictured) as her first example 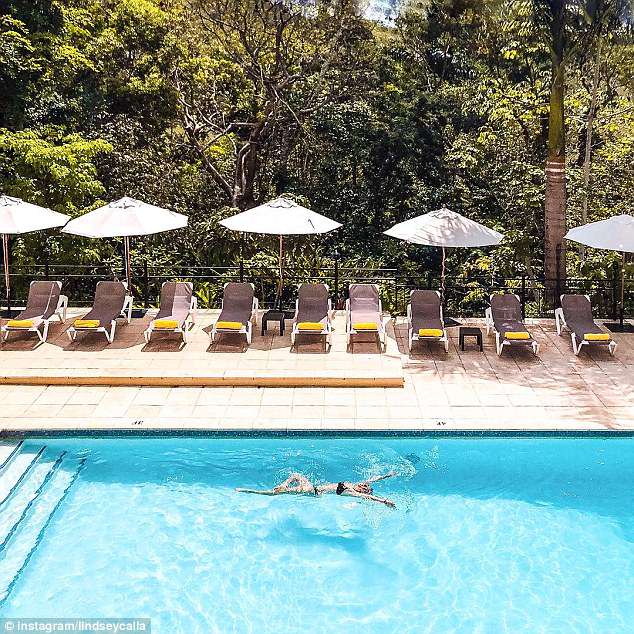 Harder than it looks: Ashley’s attempt at Lindsey’s shot took two days as she had to abandon her first shoot because the lighting wasn’t right

As wellness influencer Lindsey Calla had stayed at the same resort as Ashley last year, she decided to try and copy a shot the influencer had taken in the hotel’s pool.

‘I figured this would be the easiest photo to recreate. All I needed to do was float in the pool and have someone snap a pic, right? Nope.’

Enlisting the help of her friend Ben, he stood on a balcony to try and take pictures of Ashley attempting to float in the pool.

‘I thought we nailed it but was crushed when I saw the shots — they were way too dark,’ she wrote. ‘Where were the sparkles on the surface of the water? Why did I look so stiff? Why was this so hard?’

The pair then waited until the next day to try and nab more sunlight at noon and after ‘a lot of attempts’, Ashley finally got the shot she wanted ‘in which I didn’t look like a floating mannequin’.

However, the shot still wasn’t Insgtagram-worthy at that point, and she spent another hour editing the lighting in her room before posing it to her account.

Next up, Ashley decided to pose as Instagram star Hike Up You Skirt and headed to Cahal Beach, one of the most photographed Mayan sites in Belize.

‘I had seen a photo of it on freelance photographer and outdoor enthusiast Hike Up Your Skirt’s Instagram feed, and I knew I wanted to recreate the moody, mysterious vibe she captured while exploring the complex’s ancient temples and palaces,’ she detailed.

And although she shared that it was ‘the easiest’ to take as all she had to do was hold her position on some steps, it took two people to ‘art direct’ the scenario, and her calves hurt from repeatedly moving left to right on the crumbling ruin.

However, the final result still wasn’t perfect as Ashley shared that the lighting was off so she spent an hour on YouTube later that day trying to figure out how to use Lightroom so she could make the colors in the photo more saturated and make it less blown-out from the sun.

‘It came out… OK,’ Ashley concluded.

However, her last attempt proved to be her most ambitious as Ashley tried to copy another shot by Lindsey Calla, this time featuring an iguana perched on her head.

As her hotel is home to the Green Iguana Conservation Project, Ashley was able to access a real-life lizard with ease. 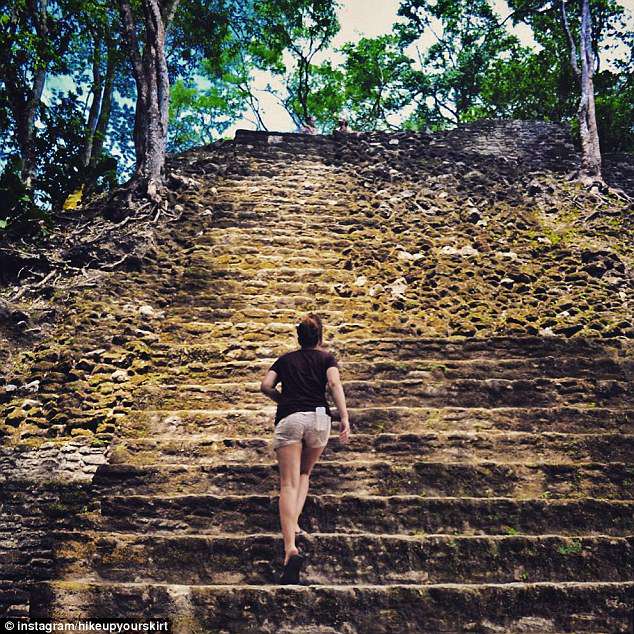 Casual: For her next shot, Ashley decided to try and recreate a shot originally taken by influencer Hike Up Your Skirt at some Mayan ruins near Cahal Beach 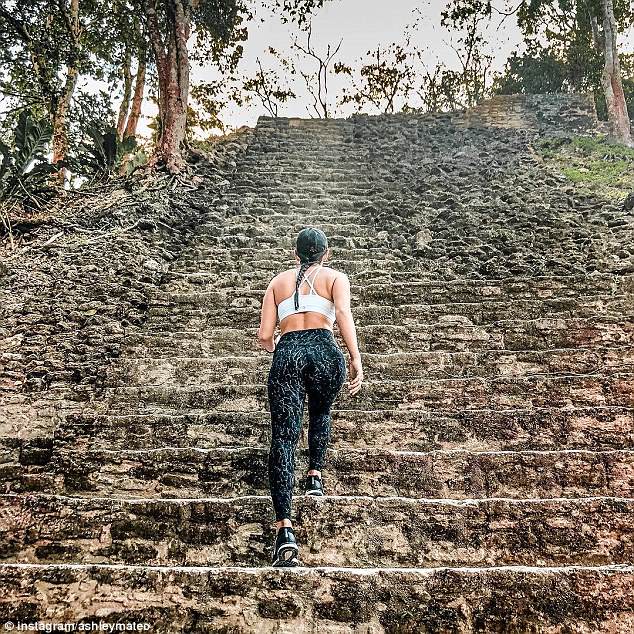 Trying her best: Although Ashley found this shot the easiest of the three, she said her legs started cramping as she had to hold her position on the crumbling steps 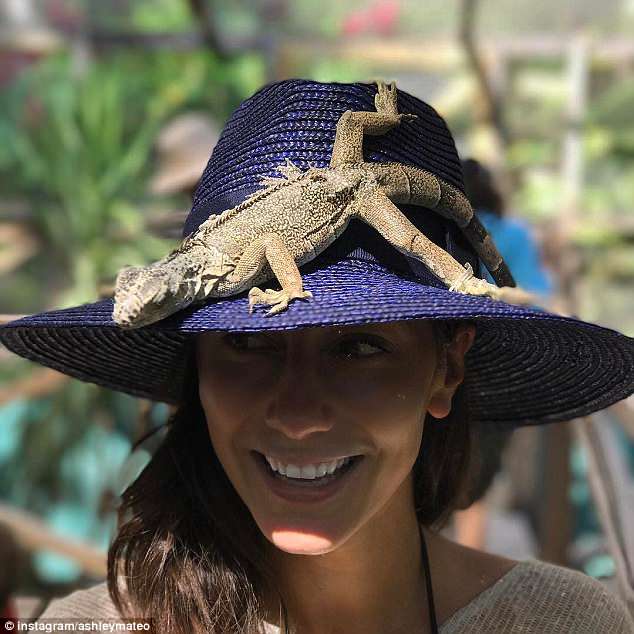 Animal instinct: Ashley picked this shot by Lindsey Calla, featuring an iguana perched on her head 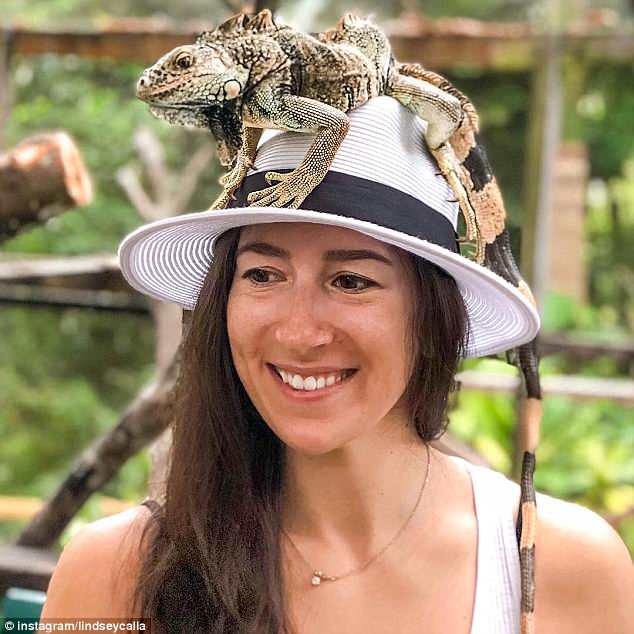 Fame: Ashley’s attempt with an iguana named Kim K didn’t go off without a hitch and this picture took over 100 shots to get right 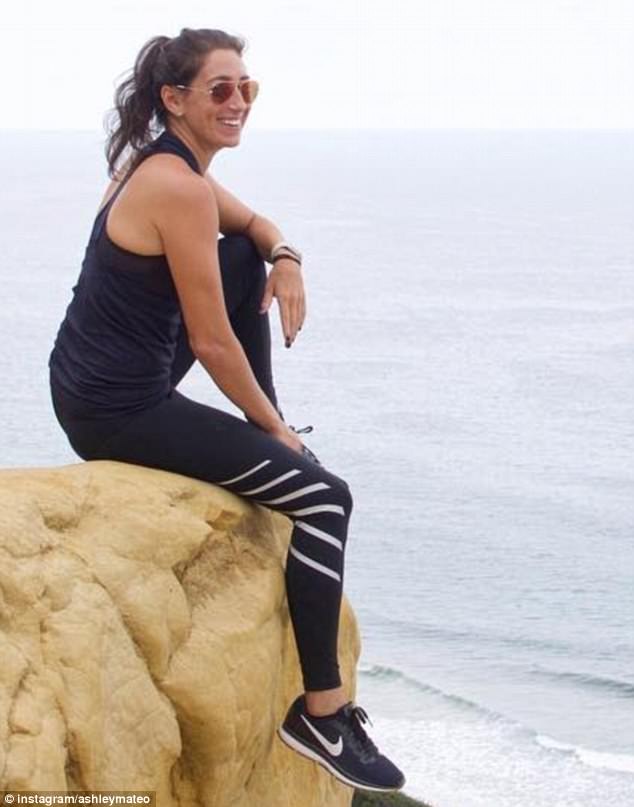 Take away: And at the end of her experiment, Ashley concluded that it had made her hyper-aware of how ‘different’ she is from people who are paid to take photos of themselves

However, the photoshoot didn’t not go off without a hitch and she shared that she took about 100 shots to try and get the perfect one.

‘The iguana’s name was Kim K, which felt appropriate, because she certainly knew how to pose. It was my fault for not giving her the right platform,’ she explained.

‘I’m not a model; I like most of my pictures taken from far away, with more of a focus on what I’m doing rather than on me. I guess it came out fine. There aren’t any shadows on my face, and the iguana contrasts nicely with my hat.

‘But looking at the photo makes me a little cringe-y, mostly because of how close-up it is. I was totally self-conscious taking it and I’m still self-conscious about it being on my feed,’ she added.

And at the end of her experiment, Ashley concluded that it had made her hyper-aware of how ‘different’ she is from people who are paid to take photos of themselves.

‘Taking and and posting photos to Instagram is hard work. Not only do you have to look the part, you need to have an eye for photography, really know how to use a camera, and have the editing skills to make your pictures pop.’

She also revealed that she had spent more time ‘stressing’ about whether she had taken the perfect shot than she did relaxing and enjoying her beautiful surroundings, and she only started to enjoy herself when she got her shots.

‘So perhaps the real challenge isn’t snapping the perfect ‘gram — maybe it’s about learning how not to experience a place through my phone and actually stay in the moment.’