Spoilers for Wynonna Earp Season 3, Episode 10, "The Other Woman." Everyone knows that Doc Holliday (Tim Rozon) and Wyatt Earp were close…but how close were they, exactly? "The Other Woman" episode of Wynonna Earp fanned the fan theory flames that the two gunslingers were more than just best friends. It’s a small comment in an otherwise action-packed episode: A character named Maeve implies that Doc and Wyatt were romantically together on Wynonna Earp, and Doc doesn’t exactly deny it.

To back up a bit, Episode 10 opens with a scene in 1887 Purgatory. Juan Carlo (Shaun Johnston), ever the Debbie Downer, is dictating to none other than Maeve about a serpent in the Garden of Eden. Audiences now know that he is referring to Bulshar — what’s more, it also becomes clear in this episode that Juan Carlo and Julian, Waverly’s father, were the angels that protected the garden. But this isn’t revealed until later in the episode, when a woman named Kevin (whose name Wynonna finds hilarious) explains this.

But back in 1887, Bobo Del Rey (Michael Eklund), who was then called Robert, bursts into the church and announces that Wyatt Earp is coming. Juan Carlo doesn’t seem surprised, and explains that the Blood Eclipse is tonight. The pastor then tells Maeve to hide the book safe in her home. This journal is what present-day Doc and Nicole (Katherine Barrell) go into her cabin to find. 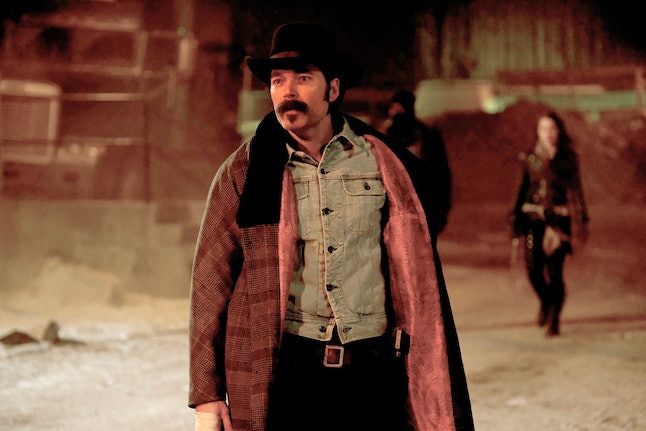 "Some people claim she was a witch," Doc tells Nicole about Maeve. "She lived alone, she wrote in books all day, she would not speak to men." The sheriff responds, "Sounds like my kind of woman!" However, since she was Doc and Wyatt’s contemporary, a character like Maeve didn’t have a happy ending. "Mob came all riled up and got to her just mere days before Wyatt shot ol’ Sheriff Clootie," he recalls. "They burned her at the stake."

But when viewers finally see Maeve, she’s not the sad Joan of Arc they were perhaps expecting. In fact, she’s not even technically human. Doc goes to light a match in the furnace, only to have an angry fire spring to life and begin speaking. "How dare you enter my home?!" flame-Maeve says. When Doc introduces himself, she responds, slyly, "You are Wyatt Earp’s boyfriend." While the gunslinger appears embarrassed, Nicole looks nothing but impressed. 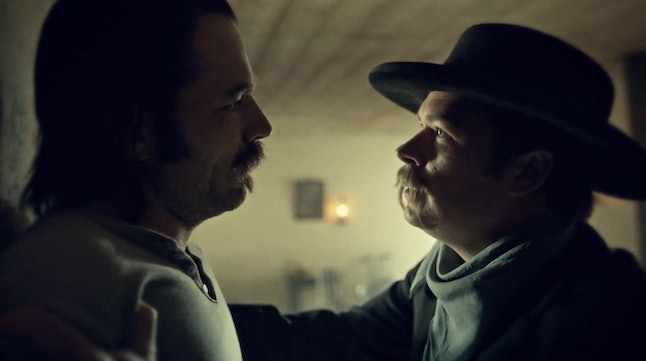 "Yeah, fine," Doc responds, then hurriedly asks about what she and the sheriff came here for. This book will — they hope — tell them how to defeat Bulshar. But Maeve doesn’t want to give it up, and after possessing Nicole, tells Doc that he needs to bring her a fresh body to inhabit before she gives it to them. The spirit proves to be incredibly horny, popping open the sheriff’s blouse and later copping a feel when she briefly takes residence in Jeremy’s (Varun Saranga) body. Back at headquarters, an imprisoned Bobo tells Waverly (Dominique Provost-Chalkley) and Jeremy, "He took her book." While it’s never explained who "he" is, audiences learn that Waverly is the champion who can save the Earth from Bulshar — not Wynonna. What’s more, her ring is actually Julian’s, which is why it responds to her bidding.

So while Maeve’s comment about Doc and Wyatt may have just been to provoke him, his reaction implies that there was something else going on. And it’s a pretty popular fan theory. A Fandomentals writer named Gretchen has long-held that there was a homoerotic element to their friendship — and perhaps even with Wyatt’s relationship with Bobo, too. She pointed out in 2017 that, during the Season 2 finale, Bobo told Doc, "Wyatt buggered us both." Doc replied, "You watch your mouth." That being said, this could just be a figure of speech, and audiences haven’t seen any concrete evidence of a sexual relationship between him and Wyatt. But Doc’s sexual history aside, it’s super weird that Doc has potentially banged both Wyatt and his great-great-granddaughter, right?! 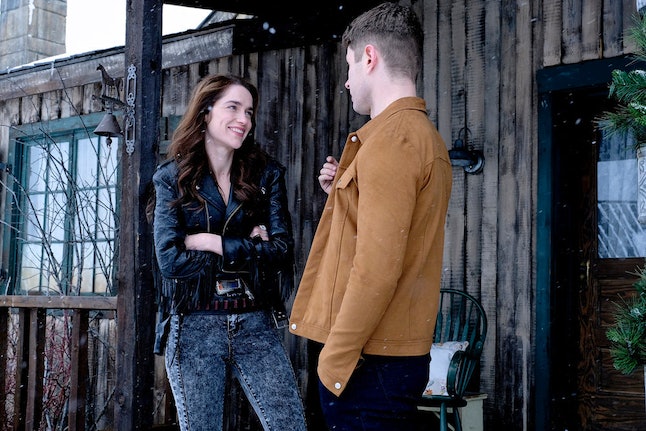 Toward the end of the episode, Doc bites Wynonna’s boyfriend, Charlie (Sebastian Pigott). And although the vampire had previously bitten Jeremy’s love interest, Robin (Justin Kelly), Doc appears to kill the firefighter. Nicole finds Charlie’s body and promptly exiles the gunslinger. "If I ever see you again, John Henry, I will kill you," she hisses. Doc turns around and audiences see him laugh darkly.

Speaking of Robin, he apparently minored in astronomy, and he points out that the next Blood Eclipse is tomorrow. Audiences will recall at the beginning of the episode that Bulshar is tied to this astronomical event. Perhaps this is why the Doc acts so flippant when Nicole excommunicates him — maybe he’s somehow connected to the Blood Eclipse and, by extension, the big bad himself. If Wyatt could see his best friend right now, he’d be anything but pleased.