You're in high spirits today, and it's no wonder. This is the first day of a new personal cycle for you. And if you channel your considerable energy carefully, you can make a serious success of the next four weeks. So think ahead and consider your goals for that period of time. Come up with a few definite objectives you'd like to accomplish, and then make a plan for reaching them in style. 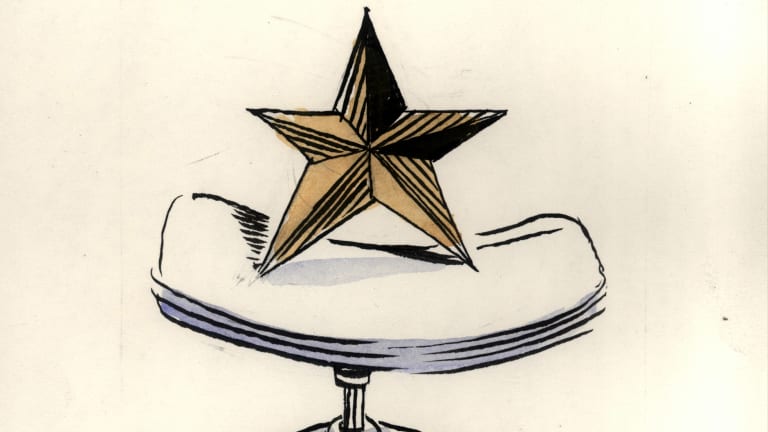 You tend to avoid arguments, preferring a mellow, easygoing connection with other people. But today, it's a little too easy to get caught up in a squabble! Your stubborn streak is about a mile wide right now. You're ready and willing to prove your point no matter what. Just try to remember that the other person has a point, too — and probably a good one. Settle down and look for common ground.

'Spontaneous' could be your middle name — and that's more true today than ever. Your spirits are high and you're feeling rambunctious. You aren't just ready for excitement, you're actively courting it. Advising you to stay out of trouble is probably pointless! So just have a good time with this influence. At least you're quick on your feet. That mental agility helps you step quickly out of sticky situations.

You're a sensitive sort, so try not to let today's high energy — including high-flying emotions — get under your skin. People are both excited and excitable now. Squabbles can break out in a flash, simply because many folks are identifying very closely with their own opinions. Perhaps you can serve as a good example for everyone. You're compassionate enough to see all sides of an issue, not just your own.

You wake up in good spirits, and the day only gets better from there. Your self-confidence is high. Even if you meet a challenge, such as a disagreement with a coworker or a standoff with a friend, you're equal to it. And you can resolve disputes with a charming smile instead of a power display. This is true grace and assertiveness. You inhabit your power so naturally that no one questions it.

Today, your natural flexibility will come in handy. There's a spirited energy at work now. Lots of people are feeling particularly courageous and headstrong, and want to take charge of some project or situation. Thank goodness you're sensible enough to step back and let more aggressive types take the lead! And if you feel they're overlooking details or otherwise skimping on the job, you can help from behind the scenes.

You're a leader at heart — a gentle leader, perhaps, but a leader all the same. That urge to take charge is highlighted today. The only problem is, it's highlighted within a lot of other people, too! Do your best to share responsibilities and delegate tasks when appropriate. That way, everyone can feel as if they're an important part of things. Besides, it's easier to work together when duties are clearly defined!

Do your best to stay cool as a cucumber today. The current energy makes people quite excitable. It's harder now to chill out in potentially tense situations — which makes it very easy to make a big deal out of not much at all! Avoid this whenever possible. Some tricks that could help include taking deep breaths, counting to ten, and spending some time alone. On days like this, working solo is just smart.

High energy is yours today. Of course, you're an energetic type by nature. It's rare that your inner fire dims! But today brings a special gift — that of initiative. Sometimes you might have a hard time getting things going, but that isn't an issue now. You can launch a project or make an important life change with little trouble. Tap into your resources, including good friends and allies, and make this thing happen.

You're competitive by nature, and today that urge to defeat your challenger runs strong within you. In your mind, second best isn't good enough! But before you commence your quest for the top, think about whether it's really that important. Also, consider the example you're setting. If you're in charge of children, students or employees, it may be better to send a message about doing your personal best rather than being number one.

You're competitive by nature, and today that urge to defeat your challenger runs strong within you. In your mind, second best isn't good enough! But before you commence your quest for the top, think about whether it's really that important. Also, consider the example you're setting. If you're in charge of children, students or employees, it may be better to send a message about doing your personal best rather than being number one.

You have a lot more energy today than usual. You might even jump out of bed this morning, raring to go! It's important to direct this energy, so you don't burn out too early. If you channel it carefully, you can get a lot accomplished. But try not to waste it on impulsive moves. Think through your steps before you act, so that every move counts, and nothing you do is in vain.