Just 12 months after Kubler was battling at world No. 921 the Queenslander will arrive in the capital a whopping 824 rankings higher. 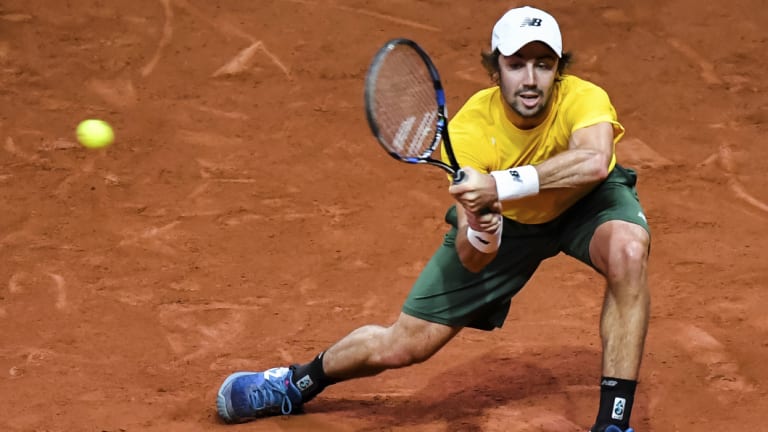 Australia player Jordan Thompson will line up at the Canberra International next week. Credit:Geert Vanden Wijngaert)

The 25-year-old has enjoyed a stellar season playing at three grand slams and reached a career-best world No. 91. He has been nominated for ATP comeback player of the year.

Thompson will also arrive full of confidence after the world No. 101 reached his fifth ATP Challenger final this season in Calgary on Monday.

Former Canberra International winner James Duckworth will continue his return from injury, while Marc Polmans and Alex Bolt are in career-best form.

Qualifying for both tournaments begins at the Canberra Tennis Centre Saturday. Entry is free.