Read all this and more of the latest transfer news, views and gossip from the Emirates. 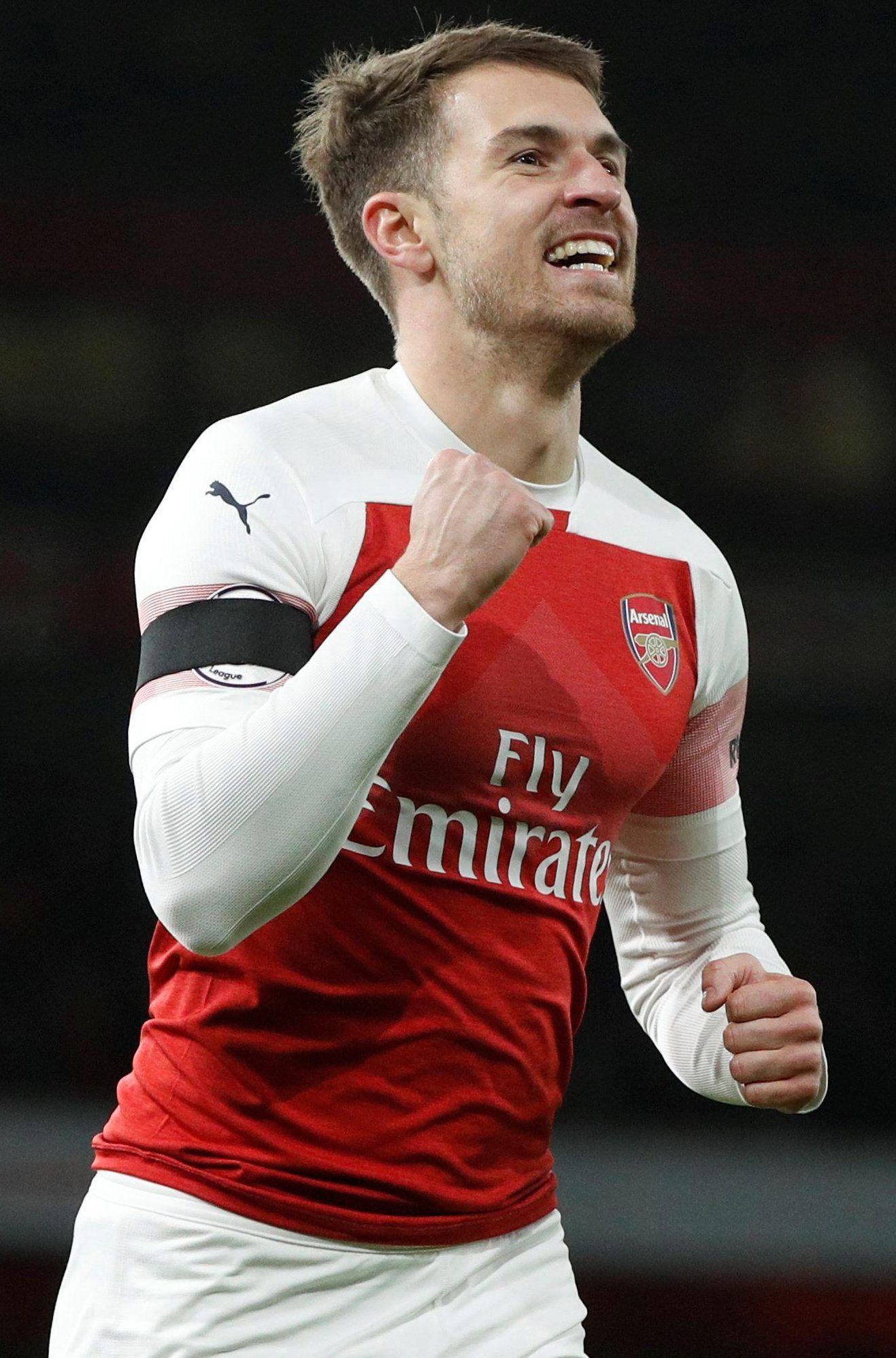 ARSENAL fans have mocked Liverpool following the Reds' first defeat of the season.

The Gunners supporters took to Twitter to celebrate, after the loss meant that the North London club remain the only club to go unbeaten throughout an entire campaign.

AARON RAMSEY has reportedly signed a pre-contract agreement with Juventus.

The Arsenal midfielder becomes a free agent in June after the Gunners withdrew their offer of an extension last year.

MESUT OZIL is set to miss Arsenal’s FA Cup third round trip to Blackpool on Saturday after sitting out training this morning.

The German playmaker is still struggling with a knee injury and will not be risked against the League One team.

ARSENAL are considering a bid for Torino centre-back Nicolas Nkoulou, according to reports.

The Cameroon international captain has excelled this season to inspire his mid-table club to the fourth-best defensive record in Serie A.

KEYLOR NAVAS closed the door on a switch to Arsenal this month by signing a new deal with Real Madrid.

The Costa Rica keeper may have fallen down the pecking order since Thibaut Courtois arrived, but he's just put pen to paper on a new contract that will keep him at the Bernabeu until 2021.

ALEX IWOBI divides opinion at the Emirates, but he is definitely the best in the business at one thing.

The stats don't lie when it comes to nutmegging.The 22-year-old heads the table of the top nutmeggers of 2018, albeit tied with West Ham's in-form winger Felipe Anderson.

ALEXANDRE LACAZETTE has hinted at a potential MLS move following a “scouting mission” by Toronto FC.

The Arsenal star has scored nine goals in all competitions under Unai Emery this season.

PREM clubs paid less than £90m in tax BETWEEN them over nearly a decade, new figures have revealed.

In the period between 2008 and 2017, Arsenal were the biggest contributors to Inland Revenue funds by giving the Taxman £30m.

MESUT OZIL will be staying at Arsenal and will even look to extend his stay at the Emirates – according to his agent Dr. Erkut Sogut.

The German World Cup winner has been repeatedly linked with a move away having been frequently left out by Unai Emery since his arrival.

ARSENAL goalscorers Alexandre Lacazette and Pierre-Emerick Aubameyang were in the thick of it against Fulham – and they have the war wounds to prove it.

The Gunners beat their London rivals 4-1, with Lacazette bagging the second and Aubameyang completing the rout.

GUNNERS 'MISSED OUT' ON PULISIC

NORTH LONDON rivals Arsenal and Tottenham both missed out on new Chelsea star Christian Pulisic, it has been claimed.

The American wonderkid, 20, agreed a £58million Stamford Bridge switch before returning to Dortmund on loan for the rest of the season.

ARSENAL have had a £55m bid rejected for Roma's Cengiz Under.

The Italian club are desperate to keep hold of the Turkish midfielder, at least until the end of the season.