Read on for all this and more of today's latest transfer news, views and gossip from Old Trafford. 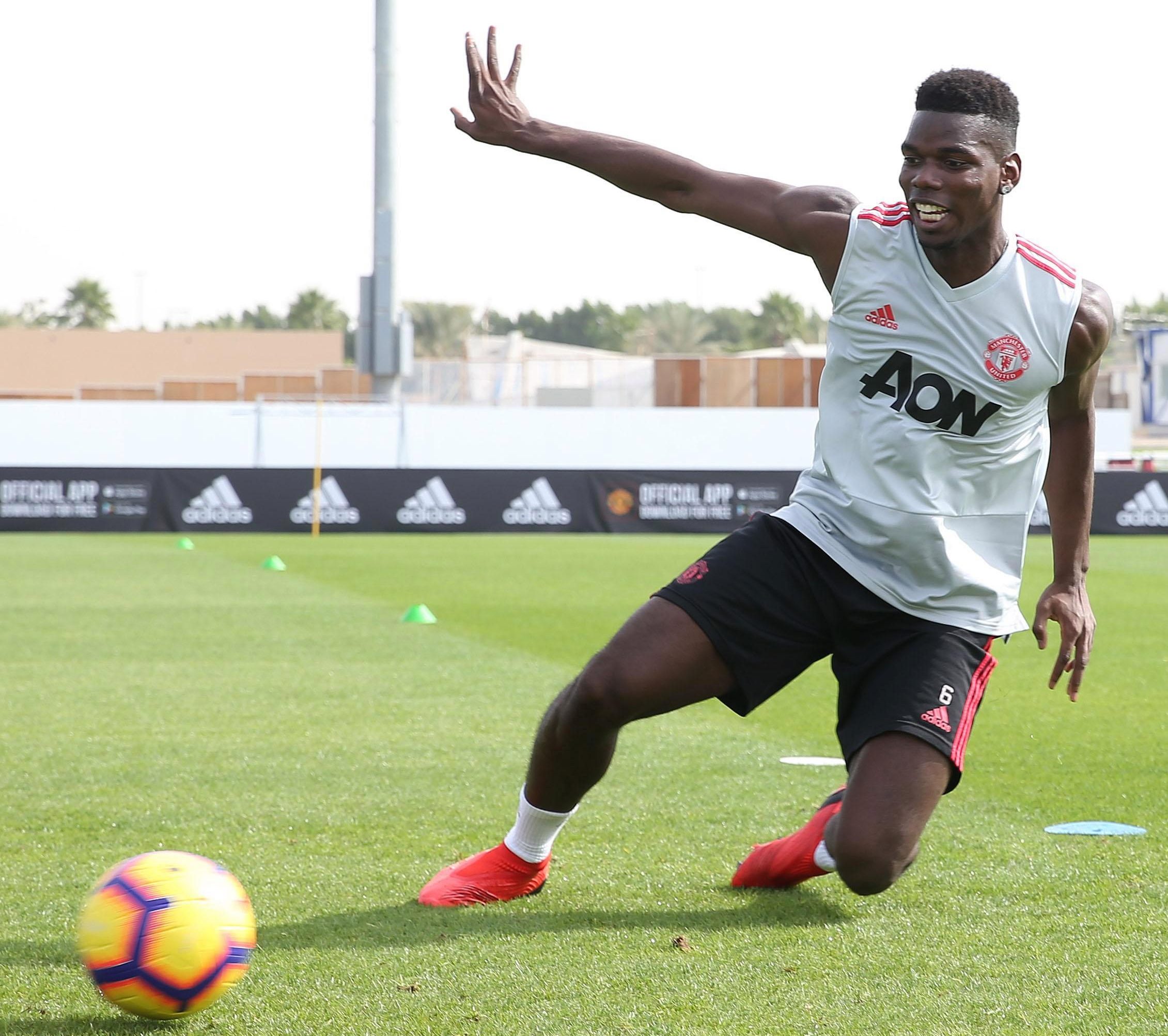 MAN UNITED could threaten to hold up any negotiations between Real Madrid and Jose Mourinho.

The Portuguese boss has been contacted by Los Blancos with returning to the Spanish capital – but his £15m pay-off could prevent swift appointment.

French striker Martial cracked a rare smile as they enjoyed steak served by the celebrity chef.

The Brazilian has struggled for game time at Old Trafford and could be used to bring in the Serb to solve their defensive problems.

RED DEVILS face missing out on Sampdoria defender Joachim Andersen as they are prepared to wait until the summer.

The Dane has impressed plenty of elite clubs this season with Inter Milan and Tottenham also targetting the centre-back.

Solksjaer was unable to call upon Pogba in the 2-0 FA Cup third round win over Reading on Saturday because of a knock the Frenchman sustained in a challenge with Newcastle midfielder Jonjo Shelvey last week.

IVAN PERISIC could finally become a Manchester United player at the end of the season with Inter Milan looking to raise cash to fund a move for Luka Modric.

The Croatian international has been repeatedly linked with the Red Devils, and recently spoke of how close he came to linking up with the Premier League side last summer.

MATTHIJS DE LIGT has been urged to sign for Manchester United over Juventus by Ajax legend John van Loen.

A host of European giants are chasing the Dutch wonderkid, 19, with John van Loen urging him to choose the Premier League over Serie A.

OLE GUNNAR SOLSKJAER wants his Manchester United stars to up the intensity of their training sessions.

The Norwegian sees nothing wrong with having a determined attitude behind closed doors.

The striker posted a picture of Solskjaer telling him, Jesse Lingard and Anthony Martial a story during United's warm-weather training break in Dubai.

Il Mattino claims the Manchester United target is also being eyed up by Los Blancos after becoming one of the world’s top defenders at Napoli.

MIKE DEAN has been named referee for Tottenham's massive clash with Manchester United… and Twitter can't believe it.

Supporters have been stunned after "Spurs fan" Dean was named as the match official for next Sunday's Premier League game.