Read on for all this plus more gossip and the latest news from the Emirates. 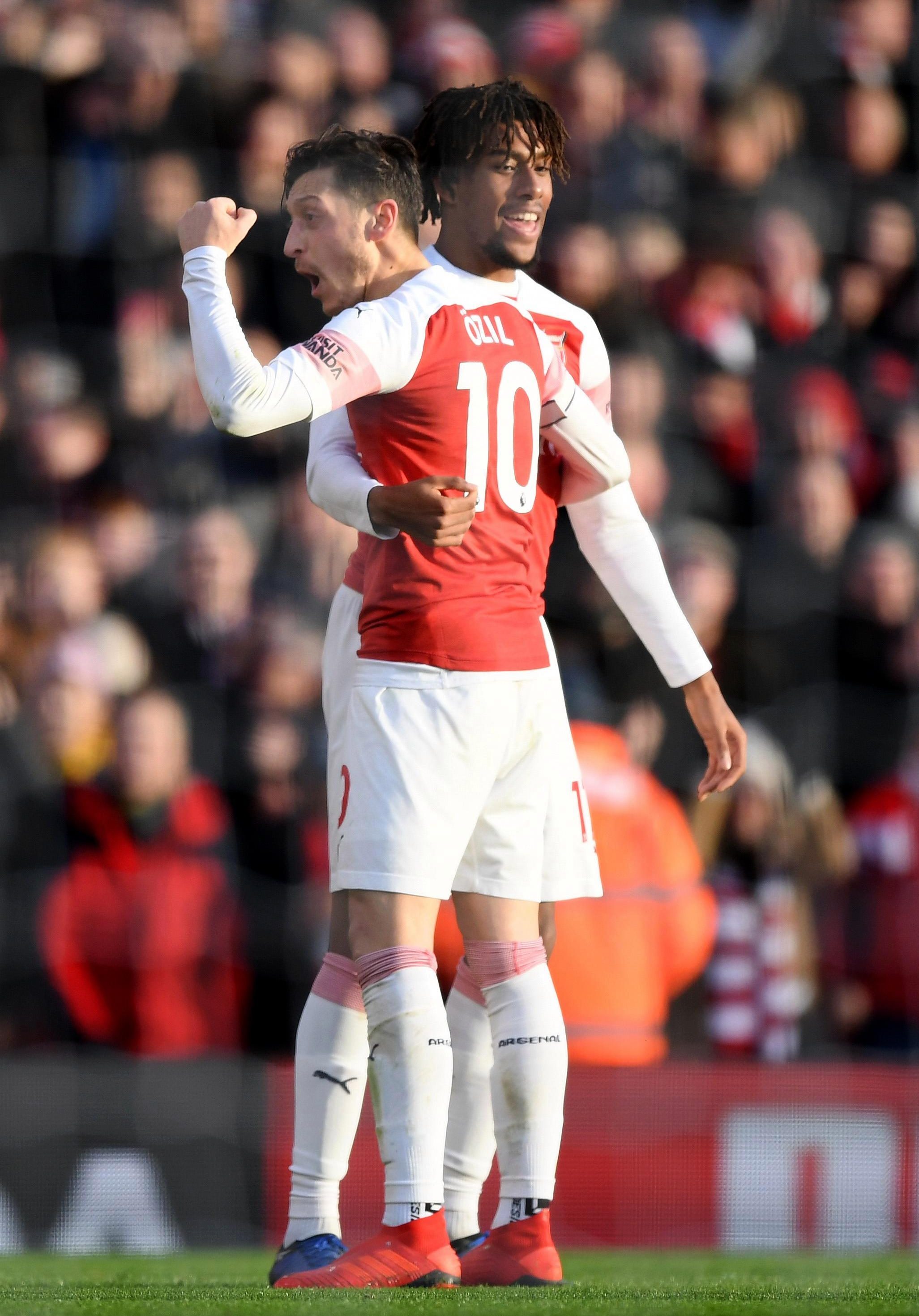 The Gunners star is set to leave on a free transfer – but the Italians face a fight with Premier League clubs for Isco.

Ozil had missed the Carabao Cup defeat by Spurs for “tactical reasons” but played a big part in setting up Aubameyang for the opening goal.

UNAI EMERY clashed with Sean Dyche on the Emirates touchline today as the Burnley boss accused Arsenal players of diving.

Dyche was left fuming after a series of decisions appeared to go the way of the hosts during the Gunners' 3-1 victory.

HOW DOUZI DO IT?

WHEN Arsenal completed the £7million signing of Matteo Guendouzi in the summer, it was a deal which slipped very much under the Emirates radar.

The club had just announced the arrival of Uruguayan World Cup star Lucas Torreira so few were paying much attention to an unknown kid from the French second division.

They certainly weren’t expecting the 19-year-old rookie to become one of the key players of the Unai Emery era.

The Greek defender told Sky Sports of his eerie premonition before the game as the Gunners battled to a 3-1 victory at home.

ALEXANDRE LACAZETTE was fuming as he was subbed with ten minutes to go by Unai Emery in Arsenal's 3-1 win over Burnley.

After setting up Pierre Emerick Aubameyang for his second goal against the Clarets, the French star took out his frustrations on the sideline as he made way for Alex Iwobi.

ASHLEY BARNES did his best to have Christmas off after appearing to stamp on Arsenal's Matteo Guendouzi.

The Burnley striker was riled up throughout the contest in which the Gunners ran out 3-1 winners.

ARSENAL'S defensive crisis took another turn for the worse as Nacho Monreal limped off in the first-half against Burnley.

The Gunners are already missing a host of defenders, including Shkodran Mustafi and Rob Holding, and now face another worry.

IT took just 13 minutes for Mesut Ozil to show his class as Arsenal took the lead against Burnley.

The German was handed the captain's armband by Unai Emery after being left out of the squad in the defeat to Tottenham midweek.

RUMBLE AT THE EMIRATES

ASHLEY BARNES had a feisty afternoon at the Emirates as he got involved in a tussle with Arsenal's Sokratis.

The pair had several encounters throughout the game, but the stand-out tussle came in the first half where they had to be pulled apart as they were rolling around like wrestlers on the sideline.

HECTOR BELLERIN was trolled by fans after he rocked up to the Emirates in an outrageous outfit and dodgy sunglasses.

Amused supporters claimed he resembled Inspector Gadget, while others suggested he looked like a member of the Backstreet Boys.

NEYMAR could be influencing Unai Emery's treatment of Mesut Ozil, according to Ray Parlour.

Rumours of a fall out between the German and manager have been rife after Ozil was left out of the squad in the defeat against Tottenham during the week.

FORMER Arsenal boss Arsene Wenger has heaped praise on successor Unai Emery as he believes the Spaniard has brought defensive stability back to the club.

The ex-Paris Saint-Germain manager oversaw a 22-game unbeaten run, with his side sitting just three points off fourth-placed Chelsea.

THIERRY HENRY is desperately trying to save Monaco's season, after the Ligue 1 side's disastrous start, and is looking to his former Arsenal team-mates for help.

The French boss is calling in reinforcements and making Cesc Fabregas his top transfer target in January, while he hopes that Laurent Koscielny will solve his defensive woes.

ARSENAL may turn their attentions to Real Madrid goalkeeper Keylor Navas after recent blunders from Petr Cech and Bernd Leno.

The Gunners only signed Leno in the summer, but his latest howler against Southampton could see Unai Emery move for the Costa Rican – who is now playing second fiddle to Thibaut Courtois.