And he fears David De Gea could join Juventus on a FREE. 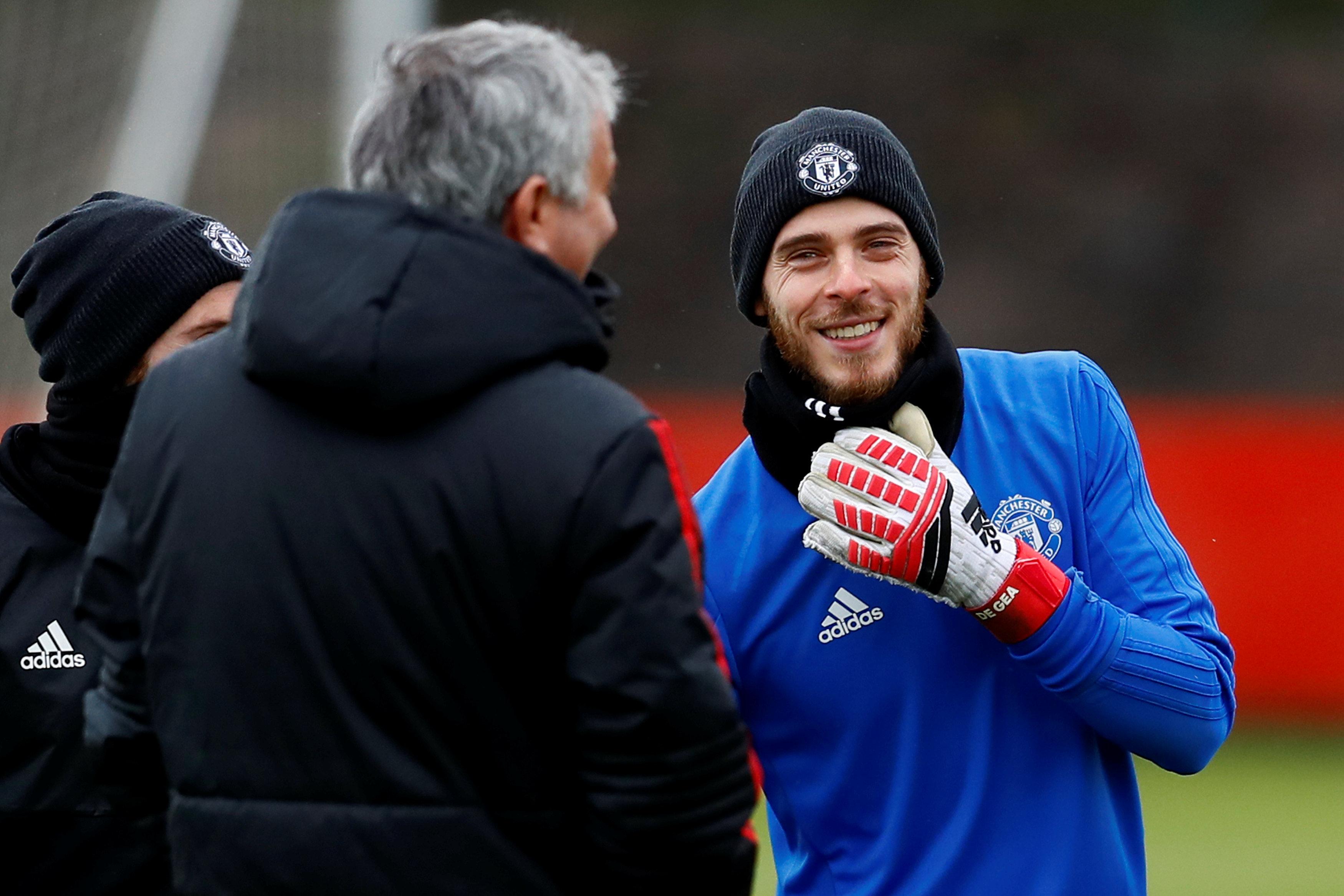 Read on below to find out why, plus more updates from around Old Trafford, including the latest trip out by pals Marcus Rashford and Jesse Lingard.

ALEXIS SANCHEZ has been ruled out of Man United's clash against Everton with a groin injury.

The ex-Arsenal forward has struggled this season, with just one goal in all competitions – and misses out once again after failing to recover for the Juventus defeat.

BUT the Chilean is hoping his Manchester United nightmare will last just a couple more months.

The Chilean has struggled since joining from Arsenal and now wants Paris Saint-Germain to snap him up.

The side have reported late to the past two Champions League fixtures, receiving fines from Uefa for their tardiness.

The Red Devils legend's latest criticism comes after United have slumped to tenth in the Premier League and were outmuscled by Juventus in Champions League.

FREE AND NOT SO EASY

JOSE MOURINHO has a nightmare over David De Gea because he thinks he could lose him on a free to Juventus when his contract expires next summer.

WE MUST BE MOUR UNITED

MOURINHO also fears he is not getting full support from bosses at Manchester United.

He has already been told by big-wigs to stop moaning — because it is hurting the club’s reputation.

MANCHESTER UNITED striker Anthony Martial has reportedly REJECTED a new contract to stay at the club.

The Frenchman has been in and out of the side so far this season, but seemingly the Reds are still keen to tie him down.

THEY THINK IT'S ALL ROVER

MARCUS RASHFORD and Jesse Lingard enjoyed a bite to eat together on Thursday ahead of this weekend's clash against Everton.

The inseparable Manchester United duo rocked up in their flash super cars before striker Rashford went home to walk his dog.

MANCHESTER UNITED want to add Nicolas Pepe to their arsenal, after his incredible start to the season in Ligue 1.

The Lille winger has already netted eight goals in 12 league fixtures – beating Kylian Mbappe and Neymar to Player of the Month in September.

EX-UNITED ace Paul Ince has not held back in his attack on Jose Mourinho and the Red Devils this season.

The former midfielder believes the Portuguese boss should be waiting for the sack.

ALEXIS SANCHEZ could be on his way to France as PSG look to save him from his disappointing spell at Man United.

The Chilean has struggled for goals at Old Trafford since moving from Arsenal in January and the French side are now favourites to sign him in January.

UNITED BOSS Jose Mourinho is set to keep his faith with Romelu Lukaku – despite his disappointing start to the season.

The Belgian is expected to start against his former side Everton, as he looks to end his eight-game goalless streak.

SunSport exclusively revealed how the United boss gave a rousing speech despite his side conceding late on.

UNITED are under pressure to keep Paul Pogba, despite failing to replicate his World Cup form with the Red Devils.

A move away for the Frenchman would see the club's commercial deals plummet, with the 25-year-old their poster boy since his 2016 return.

JOSE MOURINHO has been ordered to bite his lip by Manchester United’s top brass.

The Glazer family, which owns the club, fear his outbursts damage United’s worldwide reputation, even though his latest FA rap is being vigorously contested.

ROMELU LUKAKU is facing the axe with Marcus Rashford set to get a run up front for Manchester United.

Belgian Lukaku has failed to score in eight straight games now and had shocking stats in the 1-0 home loss against Juventus.

Higgo says his power and pace are wasted as he is stranded up front – and inevitably loses the ball.

ZLATAN IBRAHIMOVIC has been making it look easy in the MLS, scoring 22 in 26 goals since moving to America.

And with their off-season break from January to March, the Swede is now 7-2 to return to Man United on a loan spell.