Read about all this and more with our latest news, views and gossip from Stamford Bridge. 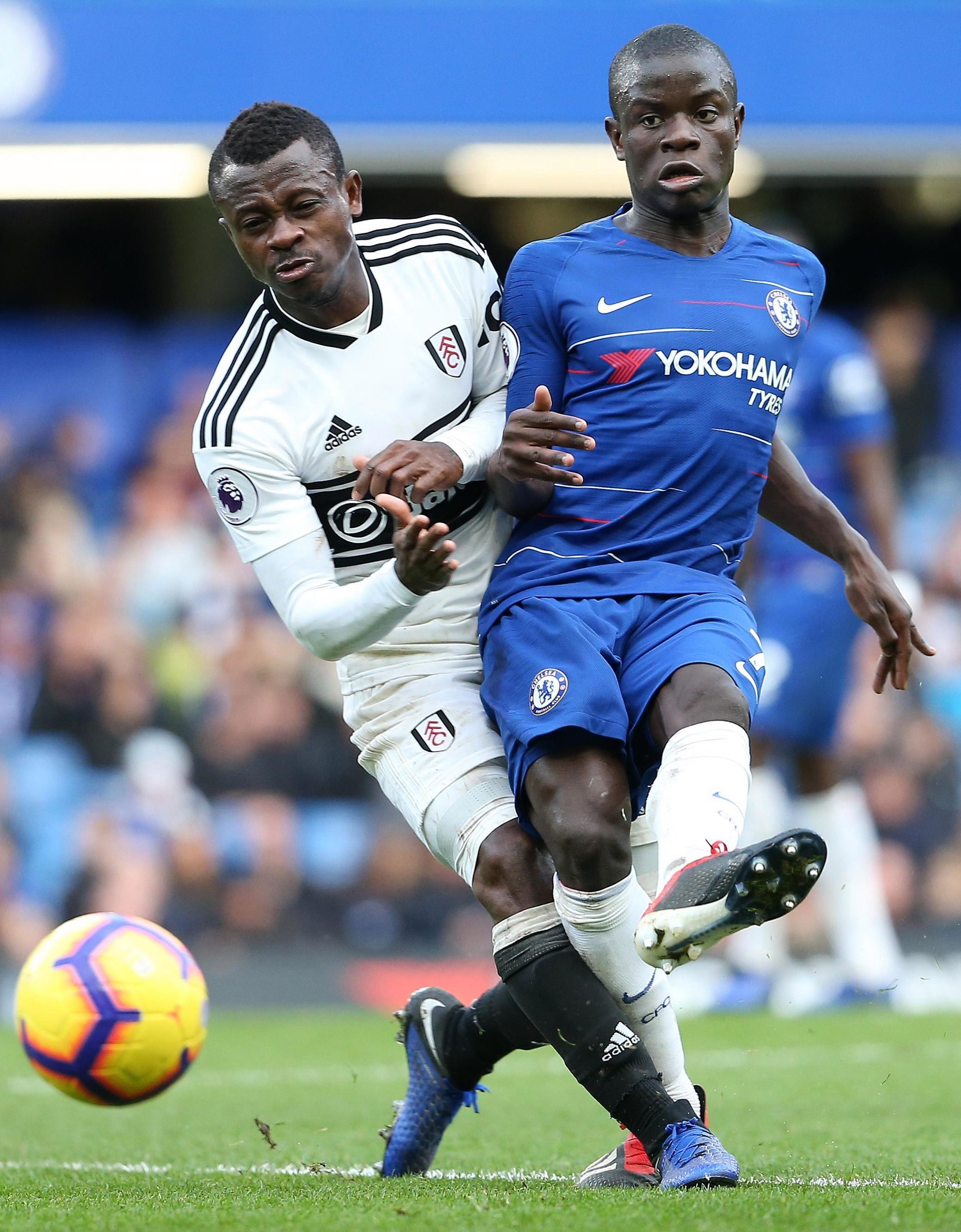 CHELSEA have lined up Porto centre-back Eder Militao in the January transfer window.

With Andreas Christensen out of favour and Gary Cahill's departure imminent, Maurizio Sarri is desperate for further competition for David Luiz and Antonio Rudiger.

LUIZ'S WON FOR THE ROAD

DAVID LUIZ caused chaos on the roads when he held up traffic to take selfies with delighted Chelsea fans.

Fellow drivers stuck behind the commotion finally lost patience with the Brazilian and blasted their horns in frustration.

YOU MUST GO ON THE ATTACK

The Italian boss admitted his side were nervous as they produced a scrappy and unconvincing 2-0 win against rock-bottom Fulham.

BRING IN TAMMY AFTER MORATA WHAMMY

ALVARO MORATA felt the wrath of Chelsea fans once again after missing a sitter against Fulham yesterday.

Supporters questioned why he was in the squad when Tammy Abraham is blitzing goals on loan for Aston Villa.

After the Italian was scathing in his criticism of the midfielder in the humbling at Spurs, Kante responded quickly against Fulham – but he is no longer the main man marshalling the midfield. Read our full verdict here.

N’GOLO KANTE sent a message to Chelsea boss Maurizio Sarri with the tackle that turned a match.

The little midfielder was heavily criticised by his own manager in midweek for lacking the technical ability to play at the heart of the team. Read our full report here.

CHELSEA have revealed the reason why they opted to omit in-form Ross Barkley from their squad for the 2-0 win over Fulham.

The Blues tweeted: "Maurizio Sarri has confirmed that @RBarkley8 picked up a knock in Thursday's 4-0 win over PAOK, and so is being rested today."

FROM LO TO HIGH

N’GOLO KANTE showed what a class act he is by responding to Maurizio Sarri’s criticism with an early assist against Fulham.

The Chelsea midfielder teed up Pedro's goal – a week after a shock slaughtering by his boss for his display in the 3-1 defeat to Tottenham last weekend.

CESAR AZPILICUETA has agreed a new £150,000-a-week Chelsea deal, according to reports.

The defender is set to follow N'Golo Kante and Marcos Alonso in committing his future to the Blues as they try to tie down their star men.