Without an overwhelming favorite in the field — the morning-line favorite Omaha Beach was scratched on Wednesday with an entrapped epiglottis — it’s a wide-open race.

After 23 horse deaths in California, many will be holding their breath during the race.

So far, we have a fast track, but the weather is deteriorating fast.

Jose Ortiz won the Kentucky Oaks. Is that a sign of things to come? 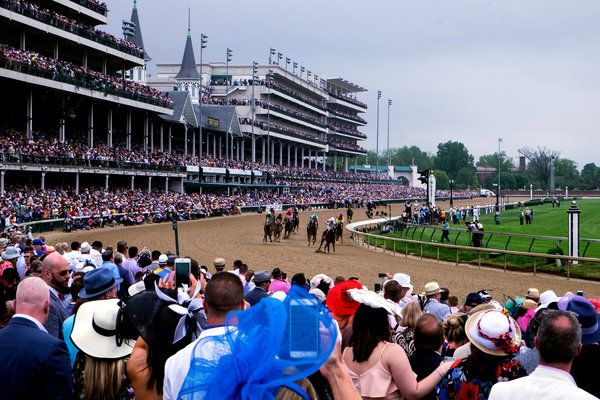 Here is what and whom to watch at the Derby.

Without an overwhelming favorite in the field — the morning-line favorite Omaha Beach was scratched on Wednesday with an entrapped epiglottis — a number of horses have a solid chance to win today’s 145th running of the Kentucky Derby. Will it be one of three from the barn of the two-time Triple Crown winning trainer Bob Baffert (Game Winner, Roadster and Improbable)? Or will it be Tacitus, who would give the Hall of Fame trainer Bill Mott an elusive win in America’s biggest race. Maybe it’s the speedy Maximum Security, who has become a somewhat surprising favorite? The race begins at about 6:50 p.m., Eastern time, but NBC’s coverage started much earlier. You can stream it here. See our picks here, and live odds here. Stick around for live updates and analysis from Louisville, Ky.

After horse deaths, many will be holding their breath during the race.

The sport has been grappling with a spate of 23 horses dying in a three-month span at Santa Anita Park in Arcadia, Calif., the home track of top trainers like Baffert and Richard Mandella.

Nobody knows exactly why (some blame the racing surface, others cite medications), but the treatment of the animals — before, during and after racing — is under the harshest scrutiny in years.

The Kentucky Derby is not immune from catastrophic events. In 2008, the filly Eight Belles was euthanized after sustaining compound fractures in both front ankles after finishing second in the race. A statue of the filly graces the courtyard of the Kentucky Derby Museum on the grounds here.

So far, we have a fast track.

Saturday’s foreboding forecast looked like it could be a bit of a fluke on Saturday morning as only an intermittent light drizzle blanketed the grounds at Churchill Downs, where the temperature was in the mid-60s. The track has been listed as fast all day, but the mist has turned into a more steady rain and the wind has picked up. Patrons have begun to break out the ponchos to protect their Derby Day finest.

The Derby entrants to have won on a wet dirt track include War of Will, Maximum Security, Tacitus, Master Fencer and Spinoff. Others who own top-three finishes on a wet surface include By My Standards, Improbable, Plus Que Parfait, Cutting Humor, Win Win Win and Country House.

Jose Ortiz won the Kentucky Oaks. Is that a sign of things to come?

Serengeti Empress, ridden by Jose Ortiz, led from gate to wire to capture the 145th Kentucky Oaks on Friday for the trainer Tom Amoss. She returned $28 on a $2 bet to win.

While Amoss does not have a horse in the Derby, Ortiz, among the top riders on the New York circuit along with his brother Irad Ortiz Jr., will be riding the Wood Memorial winner Tacitus for Mott. Mott is a longtime trainer who has captured the sport’s biggest races but has faltered in eight previous Derby tries. His best finish came last year when Hofburg finished seventh with Irad aboard.

Jose finished second last year with Good Magic, his best showing in four previous starts. Irad also has a solid chance this year; he will be aboard the popular Baffert trainee Improbable. He will be making his fourth Derby start.

It’s much more than a horse race.

Entering Churchill Downs on Derby day is a sight to behold — a sea of people dressed in their Saturday best, including brightly colored hats, dresses, suits and jockey silks. Celebrities mingle in Millionaires Row in the clubhouse; everyday folks contribute to a different party scene in the infield.

The race itself is the climax of a weeklong horse-themed party. Highlights include the Taste of the Derby, a foodie’s dream; Unbridled Eve, a traditional charity gala at the Galt House Hotel; the celebrity-filled Barnstable Brown party, hosted by the Wrigley’s Doublemint twins Patricia Barnstable Brown and Priscilla Barnstable (Tom Brady was spotted there this year); and the Fillies and Stallions Derby Eve party, where actors and athletes (Aaron Rodgers is a mainstay) swap moves with whip-toting dancers dressed as jockeys. 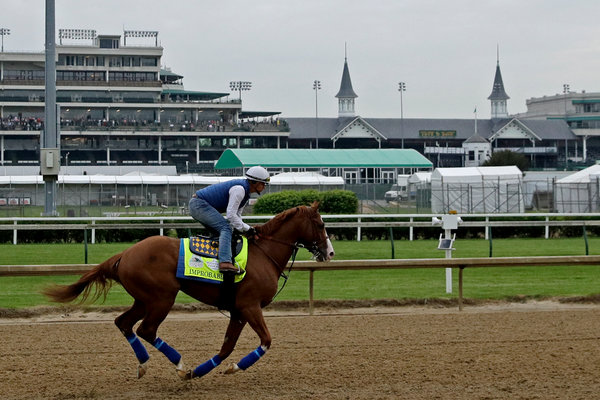 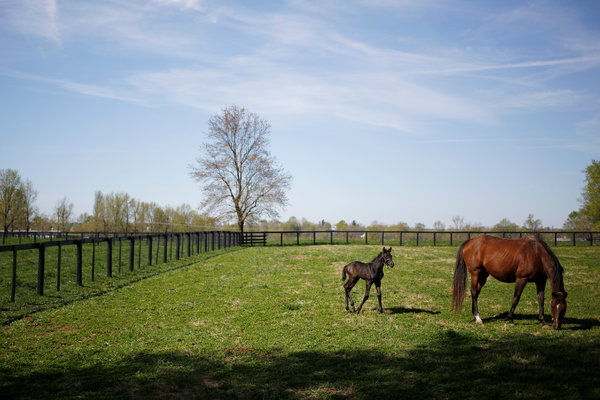 Melissa Hoppert, a senior editor for digital storytelling and a reporter, joined The Times in 2006. She helped create the horse racing blog The Rail and has directed coverage of the N.F.L. and college sports. @MHoppertNYT