Naomi Osaka, the defending United States Open champion, was eliminated from this year’s tournament in the fourth round by Belinda Bencic on Monday.

Though Osaka was the No. 1 seed and Bencic was No. 13, it was difficult to consider Bencic’s impressive 7-5, 6-4 victory an upset.

She has beaten Osaka three times in their four official matches, all the wins coming this year.

The danger could not have been clearer for Osaka, and to Bencic’s credit, she was able to produce the same high-quality performance in their first meeting in a Grand Slam tournament.

“I was so excited to come on the court,” Bencic said. “I think the challenge cannot be bigger: against Naomi, a great player and who obviously won the U.S. Open last year. I had to be on the top of my game. I’m very pleased with how I played and how I managed my nerves in the end.”

Bencic, a 22-year-old from Switzerland, has returned to the fore this season after wrist surgery. She is coached by her father, Ivan, but she has also received plenty of coaching and advice through the years from Melanie Molitor, who helped mold her daughter, Martina Hingis, into one of the best and most tactically astute players in the game’s modern history.

“We are still thankful to her,” Ivan Bencic said on Monday. “She was teaching not only Belinda. She was also teaching me, and we never forget this, and of course we stay in touch.” 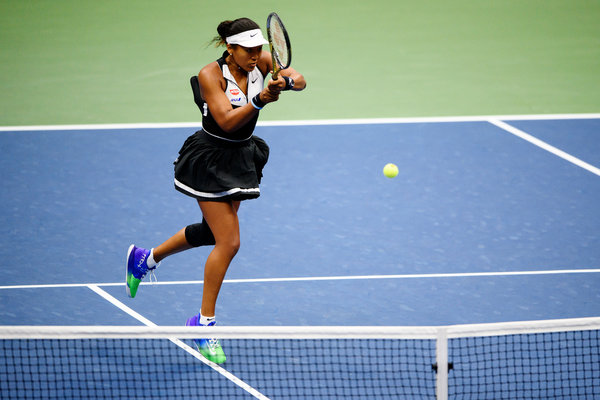 Belinda Bencic has learned her lessons well. In an era full of big servers and power baseliners like Osaka and Serena Williams, she is succeeding as a shape-shifting counterpuncher.

Monday’s match was a contrast in philosophies as Osaka tried to direct traffic with her heavy strokes while Bencic adroitly managed to redirect it with her flat groundstrokes.

“She has a lot of power, me not so much,” Bencic said. “I’m not the player who does the most winners or most aces. I’m trying to play a little bit like chess and anticipate and make a tactic on the court.”

Bencic had 29 winners and only 12 unforced errors in the match, six of which were double faults.

Bencic will next face No. 23 seed Donna Vekic of Croatia. It will be the second Grand Slam quarterfinal for Bencic, who also reached the final eight at the U.S. Open in 2014, when she was 17.

It will be the first major quarterfinal for Vekic, who advanced on Monday with a hard-fought 6-7 (5), 7-5, 6-3 victory over Julia Görges of Germany.

Osaka’s loss also means that Ashleigh Barty of Australia will reclaim the No. 1 ranking after the Open. Barty was beaten on Sunday by Wang Qiang, a hard-hitting Chinese baseliner who will face Williams in the quarterfinals on Tuesday.

None of the top four seeds in women’s singles are still in contention, the latest sign of the depth and instability in the women’s game.

It is now guaranteed that there will be four different Grand Slam singles champions this season: Osaka won the Australian Open, Barty won the French Open, and Simona Halep won Wimbledon.

But that is not a new development. There were also four different major singles champions in 2017 and 2018, which makes this the first time in the Open era that this has happened in three consecutive years.

The situation remains quite a contrast with the men’s game where three men continue to hoard the Grand Slam loot: Roger Federer, Rafael Nadal and Novak Djokovic, who was eliminated from the Open on Sunday night by Stan Wawrinka.

In January, when Osaka won the Australian Open, it appeared she might be ready to take command of the women’s game. But that is not how it has played out. She split unexpectedly with her coach, Sascha Bajin, over personal differences after Australia and has yet to reach another tournament final.

Osaka arrived in New York with physical concerns after retiring with a left knee injury during her quarterfinal against Sofia Kenin at the tournament in Cincinnati last month.

She wore a support sleeve on her knee during the U.S. Open but played one of her finest, most focused matches of the season to defeat Coco Gauff, the 15-year-old American prodigy, 6-3, 6-0, in the third round in Ashe Stadium on Saturday.

Afterward, seeing Gauff’s distress, Osaka showed touching sensitivity, comforting her on court and urging her to accompany her in the post-match interview on court to help work through her disappointment.

Bencic was in the stadium, watching the match and also scouting her next opponent.

“I thought it was an unbelievable moment for tennis and for all the people here,” she said of the post-match scene. “Obviously Coco’s story is amazing, but what Naomi did is what a true champion would do.” 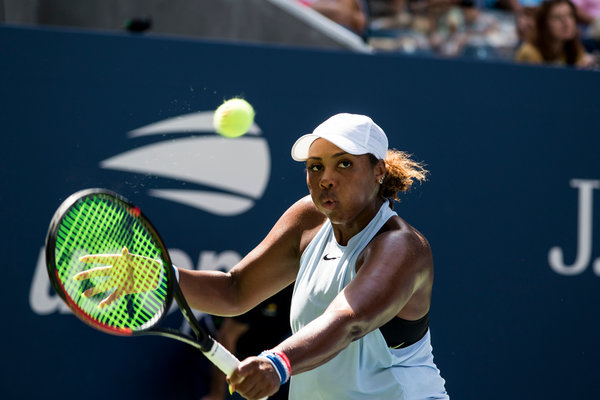 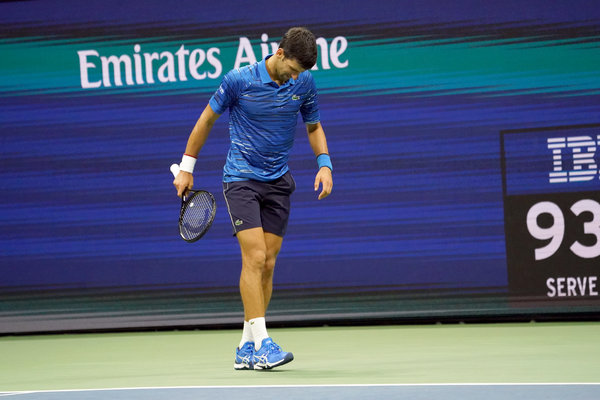 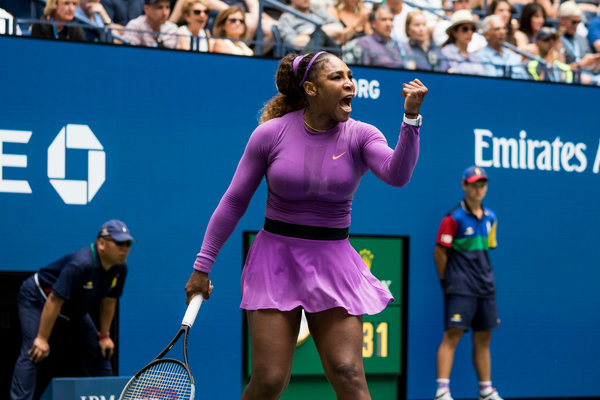