The Berejiklian government what?

They don’t want to release the business case for their stadium policy to a Legislative Council committee inquiring into it? You say there’s been a constitutional crisis because one of the Libs' own, Matthew Mason-Cox, has crossed the floor, meaning the government leader in the upper house, Don Harwin, risked being expelled for a few days to think about it?

Friends, this is staggering on several counts. 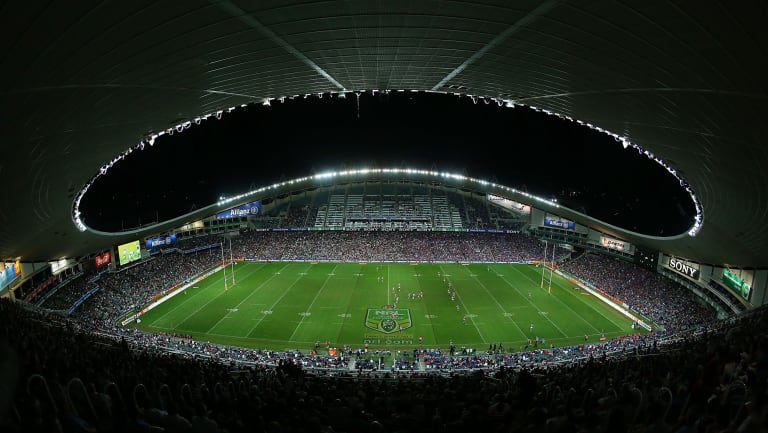 The Government is forging ahead with the Allianz Stadium rebuild.

Firstly, our Premier – who I like personally, not that I expect you care – has always insisted that the heart of her government was to display "transparency", the ability for we the people to see what they are doing, and why they are doing it. On the reckoning that both corruption and incompetence can only flourish when away from the public eye, this core value of hers was always to be highly commended. But, if transparency is your go, why on earth do the relevant documents have to be extracted with a political gun to your head? I don’t get that.

Secondly, the Premier specifically made the promise, to all of the ABC’s Wendy Harmer, Robbie Buck and Richard Glover, earlier this year, that the business case would be presented to the public before any decision was taken. True, it didn’t quite work like that.

Thirdly, if the Premier’s original claims are even half-true – the $2 billion expenditure can pay for itself within two years – we MUST get the secret out, as far and wide, as quickly as possible. If knocking down modern existing infrastructure and rebuilding it, even when nobody was complaining about it, can return that kind of freight, that quickly, we might be on the edge of stadium-led boom times, and we must let a thousand wrecking balls bloom!

Imagine the returns, across the state, as perfectly good stands are knocked over from Mudgee to Murwillumbah, Dapto to Dubbo, and …

The government has caved in after all, and will hand the documents over?

Fabulous. Hopefully they will reveal something more substantial than the motherhood statements we have seen so far.

What I suspect, for the record, however, is that the reason the government doesn’t want to release the documents is because they are an embarrassment to their cause. Most likely is that, far from showing the strong economic grounds for going ahead on the knockdown and rebuild of the SFS, after refurbishing the Olympic Stadium, they will show nothing of the kind and that the only real remaining reason to knock down and rebuild a stadium that is now only a third full on most weekends, is to appease the all-powerful SCG Trust. 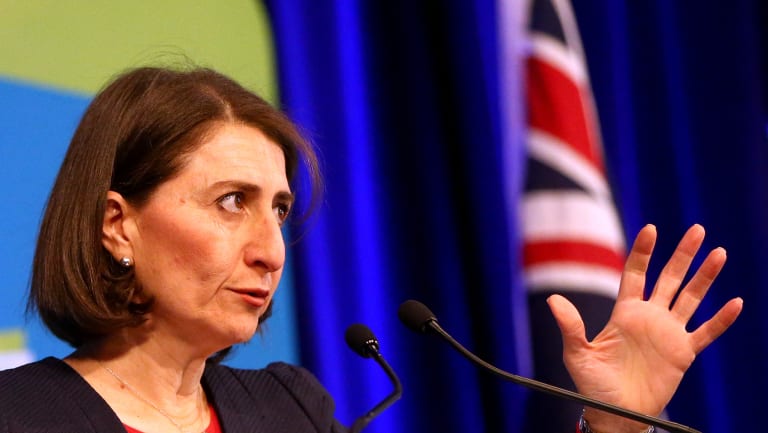 Compounding the headache for the government is something revealed by Andrew Clennell in The Australian yesterday, that the Memorandum of Understanding between the NRL, the SCG Trust, the Olympic Stadium people and the Berejiklian government, commits to work beginning on knocking down the SFS before the new year.

“The Sydney Football Stadium deadline could become a point of contention because government officials have warned that planning permission for the knockdown of that stadium might not be able to be approved until early next year,” Clennell reported, “on the eve of the state election.”

Making things even more problematic for the Government are the deliberations of the upper house committee of inquiry, and what they are turning up. This Friday afternoon, they will be addressed by the Lord Mayor, Clover Moore.

Among other things, she has told me she will be focusing on: The rushed planning process; the government’s failure to engage in any meaningful community consultation; A benefit-cost ratio of less than one – meaning the project will cost more money than it makes; disruption to the surrounding residential (conservation) areas and parklands from demolition, construction and operations; ongoing loss of trees to facilitate an expanded footprint of the new stadium;  increased traffic congestion; the failure of the Sydney Cricket and Sports Ground Trust to maintain the stadium which has led to the current safety and security problems; ongoing use of the Moore Parklands for spectator parking.

In sum? In sum, this slow-moving, trainwreck of a policy is continuing to play out before our eyes. Won’t someone call a halt to it?