Read on below for more Arsenal transfer news and gossip. 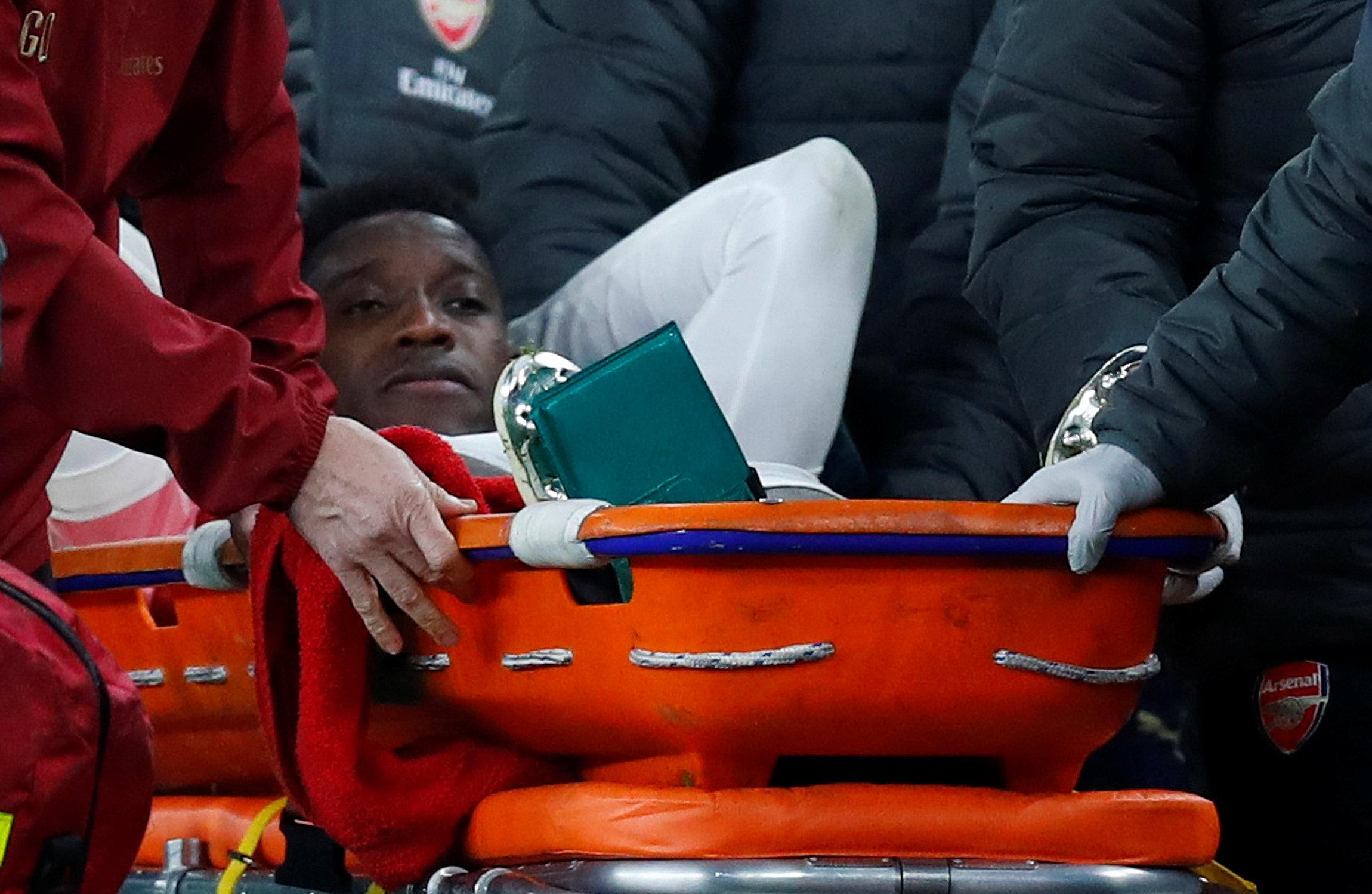 DANNY WELBECK gave his Arsenal team-mates a pep talk from hospital before the Gunners' match against Wolves.

The England international is recovering from ankle surgery after he was injured against Sporting Lisbon last week.

ARSENAL target Cristian Pavon was left in tears after suffering an injury just 24 minutes into the first leg of the Copa Libertadores final for Boca Juniors.

The Argentine star showed his frustration with the knock potentially forcing him out of the reverse fixture against River Plate.

UNAI EMERY will give young striker Eddie Nketiah a chance in the first-team before looking for a replacement for the injured Danny Welbeck.

Welbeck is expected to be on the sidelines for some time, with the Gunners already looking to Patrik Schick and Nicolas Pepe as January targets.

UNAI EMERY could be set to dip into the transfer window in January following the injury to Danny Welbeck on Thursday.

The Arsenal boss has promoted Eddie Nketiah to the first-team to provide cover with a winter acquisition expected.

THE UN AND ONLY

HENRIKH MKHITARYAN has praised the culture change at Arsenal since Unai Emery took over from Arsene Wenger.

The ex-Manchester United ace claims there is more belief among the players and fans since the Spaniard arrived.

SCHICK OF IT ALL

Ramsey's future has been subject intense speculation since the Gunners top brass withdrew their contract extension for the Welshman.

Now the Gunners could be in for Schick – if these latest reports are anything to go by.

ARSENAL are facing the increasing prospect that crocked striker Danny Welbeck will be ruled out for the season.

The England striker required oxygen after suffering a horror injury in the 0-0 draw with Sporting Lisbon on Thursday night.

HOT PEPE BACK ON MENU

UNAI EMERY will rethink his transfer plans – with Lille's £45m winger Nicolas Pepe a renewed target as the Arsenal boss faces up to Danny Welbeck missing the rest of the season.

England striker Welbeck is due to undergo surgery this weekend after breaking his right ankle in Thursday’s Europa League win over Sporting Lisbon.

BLING AND THE YANG

PIERRE-EMERICK AUBAMEYANG has been crowned the EA Sports Player of the Month for October after five goals for Arsenal.

The Gabon striker, 29, ended the Gunners three-year wait for the prestigious prize – but many fans on social media criticised Aubameyang's selection.

RAM IS STILL THE MAN

AARON RAMSEY could be set for a Chinese Super League adventure when his contract ends next June – but some Gunners fans still he will end up staying.

They lavished praise on the Wales midfielder on social media after he was awarded the Premier League goal of the month for October.

WAITING IN THE WENG

ARSENE WENGER reveals he has not been contacted by Real Madrid about taking over at the Bernabeu.

NOT THE FULL TICKET(S)

ARSENAL have refused Tottenham their full ticket allocation for their Carabao Cup quarter-final on safety grounds.

The Gunners host their bitter rivals next month but following discussions with their Safety Advisory Group have offered Spurs Spurs 5,233 tickets – 8.68% of their capacity, compared to the 10% they are allowed.