Read on below to find out how and why, plus check all the other latest news from in and around the Emirates. 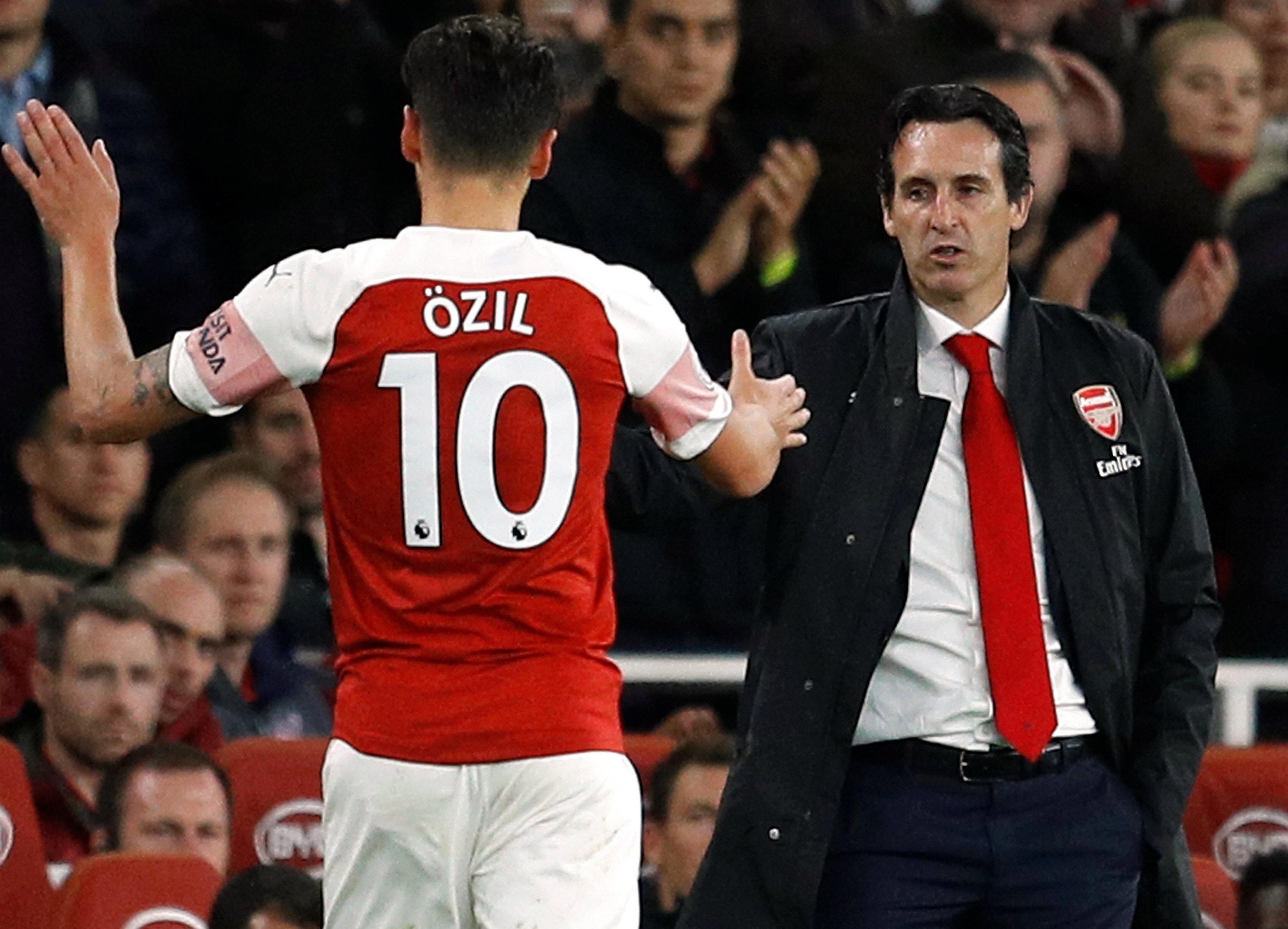 HECTOR BELLERIN, Aaron Ramsey and Petr Cech will be breathing fresh air at the Gunners this season, after helping to plant trees at their base in London Colney.

The trio were teaming up with Octopus Energy in a bid to promote clean air and an improvement of the enviornment.

MESUT OZIL has been left devastated after a young fan lost his battle with cancer.

Gunners supporter Charlie Middleton was a guest of the German's at the FA Cup final in 2017 and a Premier League tie against Sunderland.

Ozil put in a man-of-the-match performance as Arsenal beat Leicester 3-1 at the Emirates on Monday.

PIERRE-EMERICK Aubameyang showed off a £1million Ferrari after he scored twice in Arsenal's 3-1 win over Leicester.

The striker, 29, then took the chance to troll team-mate Mesut Ozil after he caught him watching his goal back on Tuesday.

MESUT CAN BE A GONER

MESUT OZIL loves Arsenal's "sexy football" – but Graeme Souness says the midfielder is not always up for it.

The German star netted once and helped set up Pierre-Emerick Aubameyang's double in a 3-1 win over Leicester but Sky Sports pundit Souness says Ozil goes missing when the Gunners fail to dominate.

SUNSPORT brings you exclusive footage from the Arsenal dressing room following their 3-1 win over Leicester.

In it, defender Shkodran Mustafi could be seen dancing while Alex Iwobi honoured his father.

MESUT OZIL hailed Arsenal's "sexy football" against Leicester but Graeme Souness is not getting excited.

The German playmaker, 30, started as Gunners captain for the first time and led his side to a 3-1 comeback victory.

The Arsenal star met the stunning beauty in 2014 and the pair are believed to have got engaged back in March.

That's the verdict of SunSport's Mark Irwin after the Gunners roared back to beat Leicester 3-1 last night. Read his opinion here to see if you agree – the day after Wenger celebrated his 68th birthday.

MESUT OZIL became the highest-scoring German player in Premier League history when he topped his sensational display in Arsenal's 3-1 win against Leicester with a classy equaliser.

TWITTER erupted like the Emirates itself last night – to hail what social media users claimed was the long-awaited return of a proper atmosphere at Arsenal's ground.

Many fans believe Unai Emery's golden run is transforming the mood after Arsene Wenger increasingly divided opinion in the latter stages of his 22 years as Gunners boss.

LUCAS TORREIRA has been at the centre of Arsenal's transformation in fortunes under Unai Emery this season, and many will have noticed he is also heavily tattooed.

Among the most important is one under his sock, paying homage to boyhood club Institucion Atletica de 18 de Julio, who gave him his start in football.

LAYING DOWN THE LAUR

LAURENT KOSCIELNY has returned to Arsenal training after a SIX MONTH spell on the sidelines.

The Frenchman ruptured his achilles against Atletico Madrid in May, missing the World Cup, but could soon be back in action.

WENG AND A PRAYER

JACK WILSHERE says he would have stayed at Arsenal had Arsene Wenger remained as manager.

The West Ham midfielder said the Frenchman had complete trust in him but he was told by new boss Unai Emery that he was not part of his plans.

The Scotland Under-21 international has shone in the German second-tier this season.

ARSENAL have been brutally trolled on Twitter after the club posted a tweet celebrating ten years since Aaron Ramsey's first goal for the club.

It was revealed earlier in October that the Gunners had taken their offer of a new deal for the Welshman off the table.

ARSENAL are preparing for a quiet January transfer window after revealing Stan Kroenke does NOT plan on splashing the cash.

The Arsenal striker is now playing a key role in Emery’s attempt to forge a new era at the Emirates.