Manchester United drew 2-2 with the Blues but it is off-the-pitch events which have dominated headlines. 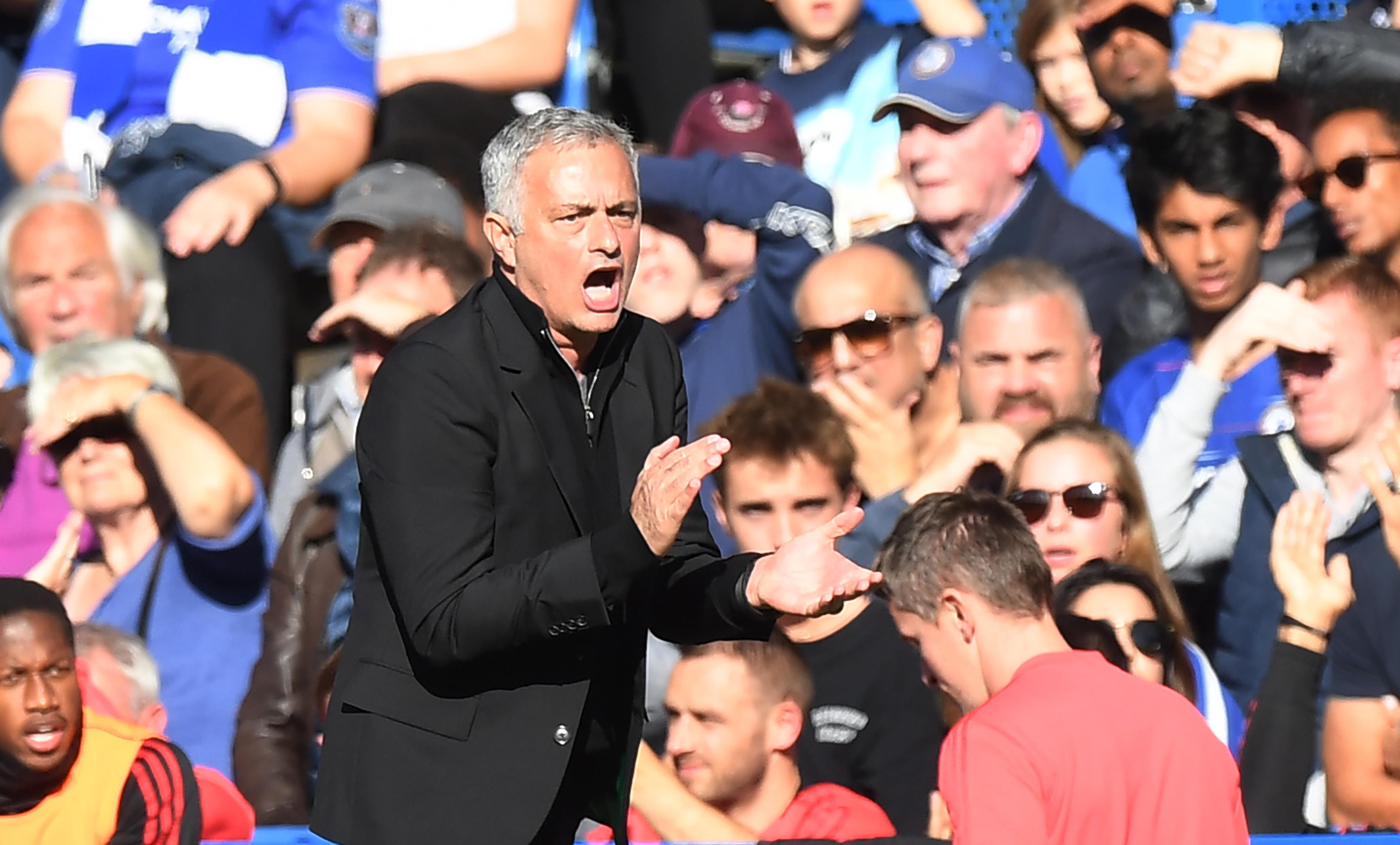 FANS are convinced Maurizio Sarri picked his nose and wiped his hand on Jose Mourinho in the aftermath of the ugly touchline bust-up at Stamford Bridge.

Footage appears to show so after the 2-2 draw.

MANCHESTER UNITED have been told it will cost more than £40million to land Fiorentina centre-back Nikola Milenkovic.
The Italians say they will not do business unless their valuation is met.

JOSE MOURINHO and his Man United stars have returned to Manchester following their 2-2 draw with Chelsea.

SARRI SEEMS TO BE THE HARDEST WORD

MAURIZIO SARRI has apologised to Jose Mourinho for the touchline fracas, saying Chelsea are fully to blame.

The Italian went to see the Special One after the match and admitted he immediately knew the Blues were in the wrong.

Ross Barkley had scored in the final minute of injury-time to prevent United from taking all three points.

JOSE MOURINHO explained his choice for leaving Alexis Sanchez on the bench – despite netting the winner against Newcastle United in their last outing.

The United boss said his team did not know what shape the Chilean was in following the international break as he flew straight to London for Chelsea clash.

MARCO TO MAN U?

The Spanish club have slapped a £100m price tag on him as they could be tempted to sell after poor start to the season.

JOSE MOURINHO believes Eden Hazard will win the title for Chelsea this season – and would love to sign the player he belives was partly responsible for his last axing as Bluesboss.

The United chief claims "history shows" Chelsea always lift the crown when Hazard is the best player in the Premier League.

JOSE MOURINHO must stop feeling sorry for himself and make stars like Paul Pogba feel special – according to a sports psychologist.

In a case study for SunSport, Steve Pope says the United manager must change his attitude because "the players reflect the manager's attitude".

EDEN LET ME DOWN

JOSE MOURINHO has supported Eden Hazard’s admission that his poor form contributed to his Chelsea sacking in 2015.

In the first season of the Portuguese’s second stint at Stamford Bridge, with the Belgian in blistering form, Chelsea won the Premier League title – before Hazard became far more erratic.

WAYNE ROONEY has hit out at Manchester United's tactics under Jose Mourinho after claiming they were always 'attack, attack, attack'.

The Red Devils have already lost three times this season with the Portuguese boss being blasted for parking the bus at times.

PAUL POGBA has revealed his favourite player in the Premier League ahead of Manchester United's clash against Chelsea.

The Frenchman believes Eden Hazard is on fire at the moment as the Red Devils look to end the Blues' unbeaten run.

The ex-England skipper won 16 trophies during his time at Old Trafford with himself among those to have controlled the dressing room.