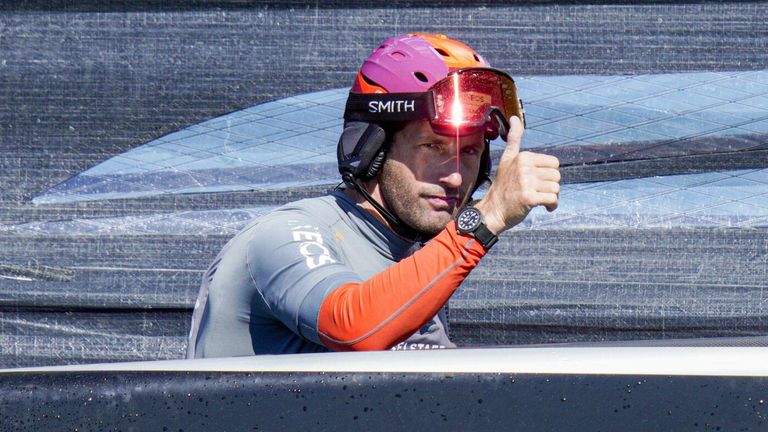 INEOS TEAM UK surprised their rival challengers, as they won both of their opening round-robin match races, on the opening day of the PRADA Challenger Selection Series in Auckland.

The series will determine which one of INEOS TEAM UK, New York Yacht Club American Magic and Luna Rossa Prada Pirelli Team will become the challenger for the America’s Cup and take on Emirates Team New Zealand in the 36th America’s Cup match in March.

The decisive contest commences with this set of round-robin races and from the six-race days, one winner will emerge who will advance straight into the PRADA Cup final.

After that, the other two teams will battle it out in a winner-takes-all semi-final showdown before the final narrows it down to the final challenger. 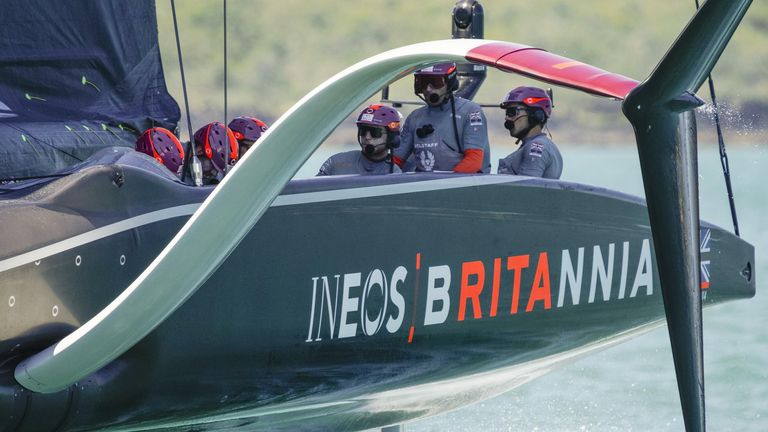 I would say that you shouldn’t ever really doubt us or write us off and certainly [not] in a develolpment sport. That’s the beauty of sport, you never quite know and if you keep your head down and keep working hard, there are always opportunities.

The results arrived after an exceptionally hard month of development and work since the PRADA America’s Cup World Series Auckland and PRADA Christmas Race in December.

During those warm-up races, INEOS TEAM UK suffered from technical difficulties with the foil cant systems and also found themselves behind their rivals performance wise, particularly in the lighter winds.

However, a period of intense development followed and race boat BRITANNIA arrived at the first day of the PRADA Cup looking significantly sharper on the water and featuring a new mast, new mainsail, and a new rudder.

Rivals, New York Yacht Club American Magic and Lunda Rossa Prada Pirelli Team had also made amendments to their boats, the Americans with an extended skeg and the Italians clearly focusing on their aerodynamics. However, when it came to the racing BRITANNIA ruled the waves on day one.

Out on the water in Auckland, race course C was selected by the officials and before racing commenced the conditions declared as south west breezes and winds of between 10 and 15 knots.

The opening race between INEOS TEAM UK and New York Yacht Club American Magic was a key one of the British charge. The Americans had looked so strong and confident during the warm-up races, and if Ainslie and his team could match (or better) them, it would be a real marker of intent. 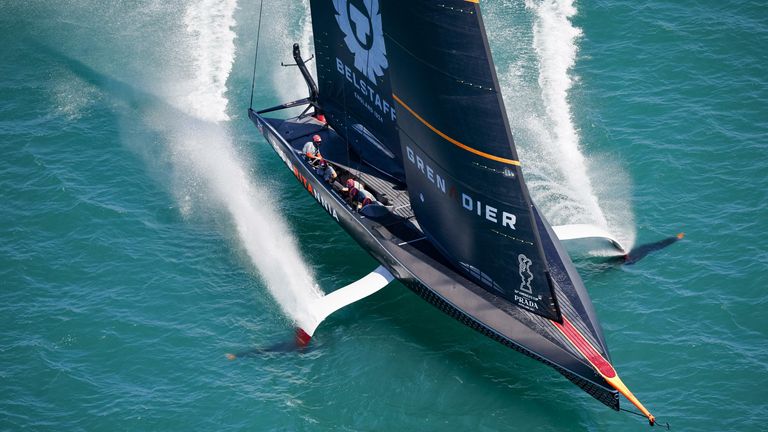 INEOS TEAM UK had a clear plan right from the pre-start; both boats made a perfectly timed run into the start and crossed the line on time and at speed.

By the top gate, the British team had created an 11-second lead and their fluid navigation and work ensured they stretched that advantage to 19 seconds after the first lap.

Confidence oozed out of BRITANNIA and the result was victory by one minute and 20 seconds, which send ripples of reaction through the competition. 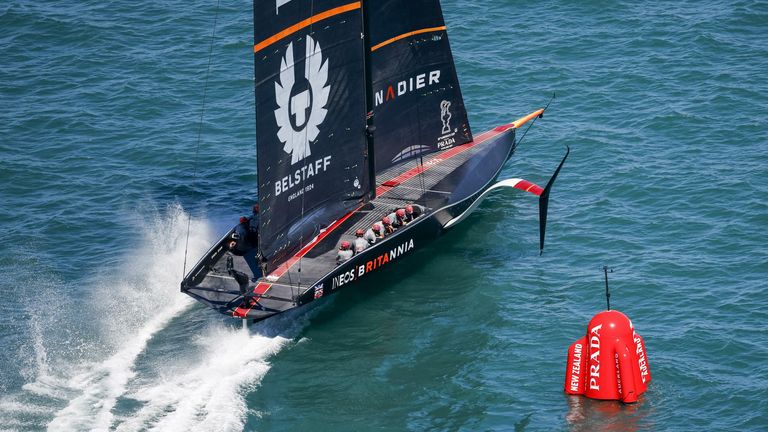 The second race, which started an hour later, saw the breeze continue to build and reach around 16 to 22 knots. The first pre-start engagements were seen, with INEOS TEAM UK performing well.

Throughout Ainslie and tactician Giles Scott showed the fruits of their considerable nous. They ensured that BRITANNIA took full advantage of the conditions as snatched that option away from Luna Rossa Prada Pirelli Team with their line.

This time, with the Italians looking to stay close and pounce, the margin for victory was smaller however the positive result was still secured and the British team started to put to bed the memories of the PRADA America’s Cup World Series Auckland and PRADA Christmas Race.

Clearly there are quite a few things that we want to get better on and sharpen up on, so we’ll be spending a fair bit of time tonight going through that. Conditions tomorrow look a little lighter, but the same race track so we need to learn that track.

Here are the #PRADACup Round Robin standings after an improved day for the team and BRITANNIA ? pic.twitter.com/ZO54is4Lxc

“I couldn’t be prouder of the team really, given what they have been through the last month or so. It’s been really tough,” Ainslie said at the end of the race day.

“It’s the mark of a strong team that you can come together, turn things around and put in the performance that we did.

“We are obviously really delighted by that but at the same time, we know that it’s only two races. We have got to keep our foot on the gas.

Watch every moment of the America’s Cup challenge, live on Sky Sports. Coverage continues with the second day of the PRADA Challenger Selection Series on Saturday at 2am on Sky Sports Mix, repeated again at 9am.