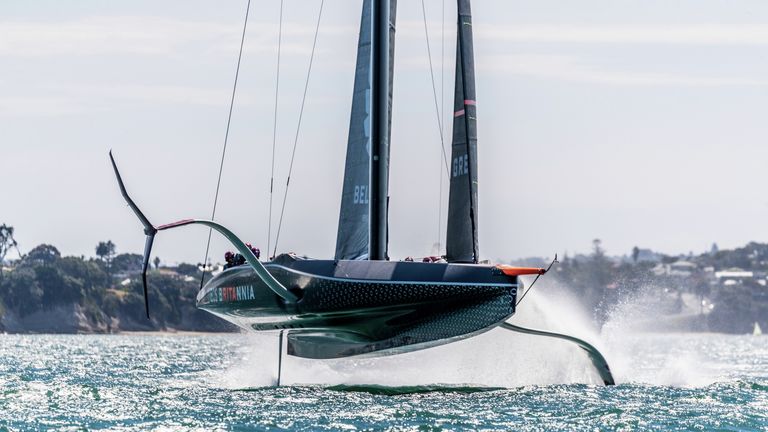 Ahead of the PRADA Challenger Selection Series commencing Stevie Morrison, the former British Olympian and world champion sailor, reflects on the changes teams have made since December and gives his predictions for the forthcoming events.

Only one will emerge victorious from the PRADA Challenger Selection Series and take on Emirates Team New Zealand in the 36th America’s Cup match. The other two will be left empty-handed and have to watch the final contest from the shore.

Morrison, who competed in both the 2008 and 2012 Olympics in the 49er category, is one of many sailors around the world who has his eyes fixed on New Zealand and the exceptional 75ft foiling monohulls that will be racing against each other.

Since the end of PRADA Christmas Race on December 20, the three challenger teams have been working night and day to prepare for these races. Morrison understands that all have had just two days off – Christmas Day and Boxing Day.

INEOS TEAM UK are leading the British charge in this competition and it’s fair to say that the PRADA America’s Cup World Series Auckland and PRADA Christmas Race didn’t go fully to plan for them.

They grappled with technical issues, looked clunkier on the water than they would have liked and particularly in lighter winds, appeared to be some way behind their rivals.

“We can see that they now have a new mast, new mainsail, and a new rudder. Plus, they have modified the wings on their boat; the section that helps to lift the boat out of the water.

“In the last two weeks we have seen them testing two radically different wing designs, and we’ll see on the first race day which one they have chosen to start the competition with.

“They have also clearly been working on their control mechanisms inside the boat, because from the footage we are seeing now, it shows them sailing with much greater stability. 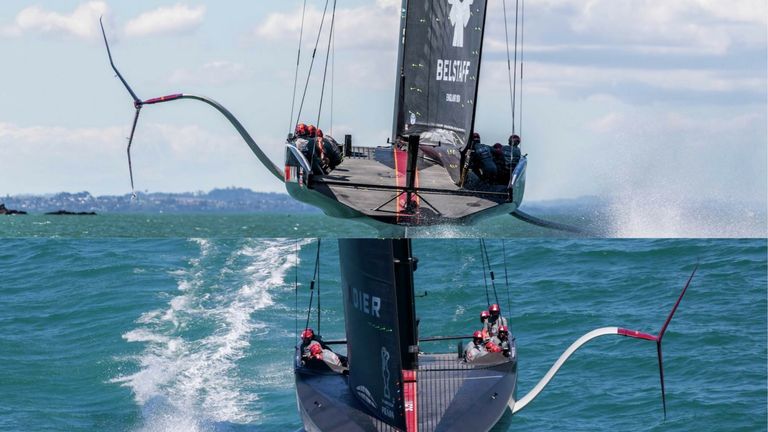 “New York Yacht Club American Magic have also made amendments to their boat with an extended skeg.

“The Italians, Luna Rossa Prada Pirelli Team, have clearly been quite focused on their aerodynamics with new cockpit fairings. We’re still waiting to see their new set of wings too.”

The PRADA Challenger Selection Series starts with a set of round-robin races, from the six race days one winner will emerge who will advance straight into the PRADA Cup final.

After that, the other two teams will battle it out in a winner-takes-all semi-final showdown before the final narrows it down to one challenger who takes on Emirates Team New Zealand in the 36th America’s Cup match.

“Right now, before the racing has started, I’d have Emirates Team New Zealand as the favourites to win the America’s Cup overall,” Morrison shared.

“Thinking about it, I would say that New York Yacht Club American Magic are the most likely winner of the PRADA Cup, because during the World Series we saw very consistent speed, manoeuvring and tactics across the largest range of winds – the type of winds we’re expecting to see during January and February.

“But, if the wind gets lighter and depending on what we see of Luna Rossa Prada Pirelli’s new wings, then they could be a real threat too. 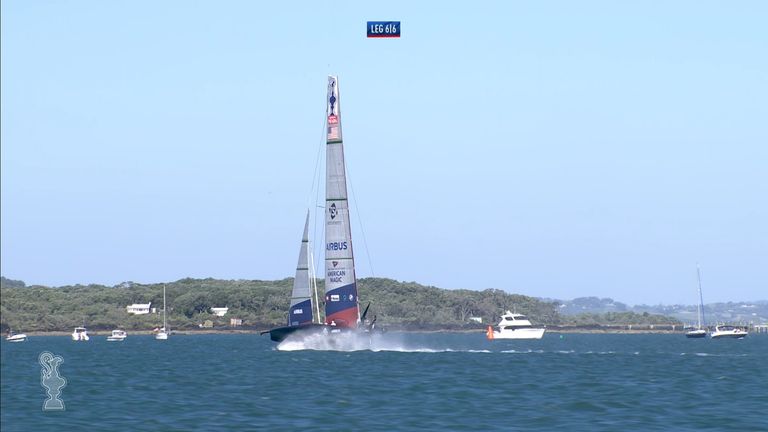 “Really, the dark horse in all of this is the British team. We have seen they’ve been working incredibly hard and I think they have got the potential to very much be in the mix with their rivals.

“We’ve already seen this in the latest practice races, where Ainslie dominated the starting!

“Now, because of the changes they have been able to make, they’ve shown themselves to be fast in the windier conditions and I think that they can win races. If they start ahead, they are confident of staying ahead.

“They are happy to be aggressive and engage with other boats. However, in the lighter winds, I’d still say they are a work in progress and will need to continue improving.

“If I’m to speak really openly, then I would suspect that they would be preparing to be in the semi-final of the PRADA Cup, because I personally can’t see them winning the round-robin stage against the other two teams.

“If that’s the case then their D-Day comes on January 29 and I think by that time, they’ll have had another two weeks of continued development and progression.”

With the PRADA Cup only including the three challengers and the defender – Emirates Team New Zealand – not being required to take part, it opens up another question as to which route to the America’s Cup match is the most beneficial?

“The PRADA CUP provides a great opportunity for the eventual challenger to have sharpened their teeth and cut their cloth further in race situations,” he said.

“They are able to further refine elements like their mid-race communication, run pre-start strategies and click further as a team under pressure.

“The flip side to having so much competitive racing is that you’re constantly being distracted by the races themselves and configuring your boat for them. It’s much harder to keep the development process going on in the background.”

Without the ‘distraction’ of the PRADA Cup, Emirates Team New Zealand have ample time to test different elements, make refinements and move forwards.

“In theory, their added development time should mean that they are able to take their boat to places the challenger cannot,” Morrison added.

“It’s often said in the America’s Cup that you need to have the fastest boat in order to win and with extra development time, the defenders have the time to try and ensure that they do.

“But, if a challenger is able to arrive at the America’s Cup match being as fast as their rivals, then being ‘match fit’ from the PRADA Cup could be very advantageous indeed.”

Watch every moment of the America’s Cup challenge, live on Sky Sports. Coverage continues with the PRADA Challenger Selection Series on Friday at 2am on Sky Sports Mix, which is repeated again at 9am.