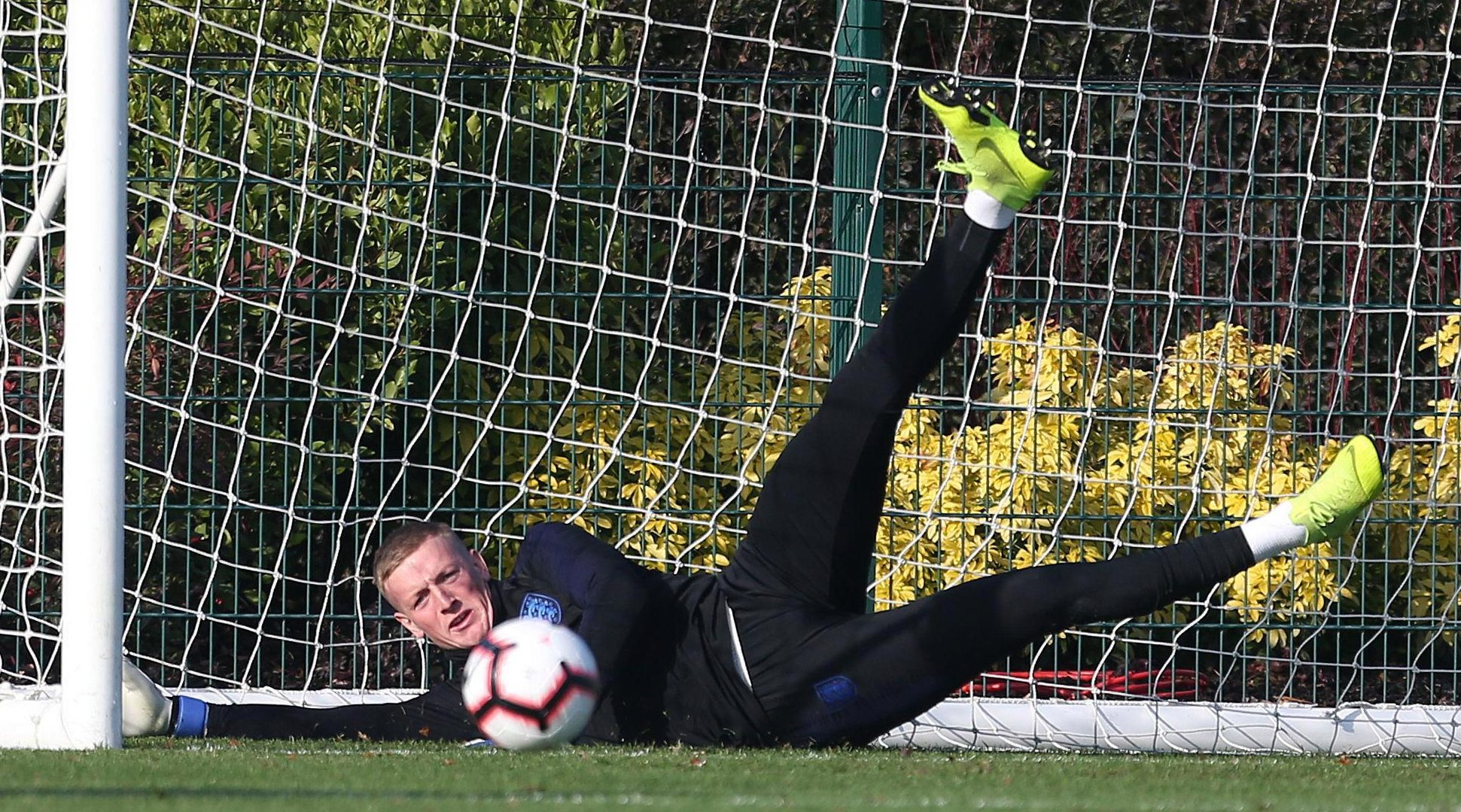 JOR NOT FOR ME

GARY NEVILLE has criticised United target Jordan Pickford – claiming he is not like legend Peter Schmeichel.

The former right-back also believes that it was a risk to select the Everton shot-stopper in the World Cup.

He is one of 17 ex-footballers and managers to have filed a High Court claim against a number of companies including Coutts.

TORTOISE AND THE HAIR

PAUL POGBA takes the mick out of himself by racing a tortoise.

The United midfielder has been mocked for taking ten seconds to take a penalty against Everton last month – but he joined in on the fun while on holiday in Dubai.

MAN UNITED fans are calling for Joe Mourinho to bring Memphis Depay back to Old Trafford following his impressive performance against France.

The Lyon attacker left the Red Devils after a disastrous two-year spell – but has regained his best form in Ligue 1.

VICTOR LINDELOF could miss next match against Crystal Palace after being taken off at half-time with cold in Sweden's defeat by Turkey.

The defender claimed he 'felt dizzy' before the game, only lasting 45 minutes.

The Spanish keeper’s Old Trafford exit looks more inevitable with each passing week as he refuses to commit to a long-term deal that has been on the table for months.

ERIC BAILLY is set for talks over his Manchester United future ­— just two years after his £30million switch from Villarreal.

The Ivory Coast centre-back, 24, has not started a game since boss Jose Mourinho subbed him before half-time against Newcastle last month.

ASHLEY YOUNG will take a pay cut to seal a new deal at Manchester United.

The full-back, 33, is out of contract in the summer and has been in talks over fresh 12-month terms.

ANTONIO VALENCIA headed to Ecuador with big doubts over his Manchester United future.

The former skipper was overlooked by boss Jose Mourinho for the last two games despite being fit following mouth surgery.

MORE West Ham fans were arrested than supporters from any other Premier League side last season, with Manchester United second, according to new figures.

Statistics from the Home Office show that for the fifth consecutive campaign, arrests on supporters have fallen for public disorder, violent disorder and pitch incursions.

UNITED are reportedly set to wait on appointing a technical director, with Luis Campos the lead candidate.

Currently at Lille, Campos was the man who discovered Kylian Mbappe during his time at Monaco – but could have to wait until Jose Mourinho has left Old Trafford.

JOSE MOURINHO has been impressed by Red Devils target Toby Alderweireld during Belgium's win over Iceland.

The Tottenham defender has been a long-term admirer of the Portuguese boss and heavily linked with a move to Old Trafford.

WAR OF THE ROSES

MAN UNITED are set to face Leeds for first time since 2011 as part of their pre-season preparations next summer.

The rivals will do battle at Perth's 60,000-seater Optus Stadium, with their local side Perth Glory also taking on the two English sides.

MANCHESTER UNITED have complained to police over the flares thrown at their fans during Man City defeat.

The Red Devils are concerned about three separate incidents during the match.

MANCHESTER UNITED fans fear that Paul Pogba could be off to Barcelona after he bumped into Lionel Messi in Dubai.

The pair were at Salt Bae's steak house in UAE and were pictured talking with supporters now praying the Frenchman has not been enticed to Spain.

ALEXIS SANCHEZ'S season has gone from bad to worse after missing a late penalty in Chile's 3-2 defeat against Costa Rica.

The United forward has endured a difficult year since joining from Arsenal in January.

The Red Devils have sent their talent hunters to South America before making a final decision whether to launch a £30million bid.

Antonio Valencia has been dropped by Jose Mourinho according to the Ecuadorian right-back.

Valencia has not played for Manchester United since their 0-0 Champions League draw with Valencia on October 2.

United were desperate to land an experienced central defender last summer and the 32-year-old was high on their shopping list.

KALIDOU KOULIBALY is at the top of Jose Mourinho's wish list as the Manchester United boss plots a huge defensive overhaul.

The Reds manager is keen to bolster his backline following a shaky start to the season and the Napoli ace appears to fit the bill.

The Ivory Coast international has struggled for games this season, starting just three times in the Premier League.

ROMELU LUKAKU is getting specialist treatment in Belgium for his hamstring injury – SunSport exclusively reveals.

The Belgian ace missed wins over Bournemouth and Juventus before coming off the bench against Manchester City.

UNITED will need to up their £53million offer if they have any chance of signing Inter defender Milan Skriniar.

The Slovakia ace has impressed this season, including in the Champions League against Barcelona – and now United must spend big if they want to nab him.

VIDEO Assistant Referees will be used in the Premier League next season — but its introduction is a headache for both Manchester United and Liverpool.

The two clubs lack one crucial piece of technology at Old Trafford and Anfield, which bizarrely sets them apart from their major top flight rivals.

ALEXIS SANCHEZ has sent the United wage bill up ten per cent since his arrival from Arsenal in January.

IT could be an interesting summer for Manchester United fans as Jose Mourinho plots an incredible defensive overhaul.

BAYERN MUNICH have sounded out Zinedine Zidane as their new boss to replace Niko Kovac in a major blow to Manchester United.

Old Trafford chiefs have been keen on the former Real Madrid boss, 46, for months with Jose Mourinho struggling for form.

MANCHESTER UNITED flop Alexis Sanchez is at his lowest ebb since joining the club, SunSport can exclusively reveal.

The striker is currently away training with Chile ahead of their games against Costa Rica and Honduras where he is said to be "acting weird".