Read all this plus more of the latest transfer news, views and gossip from the Emirates. 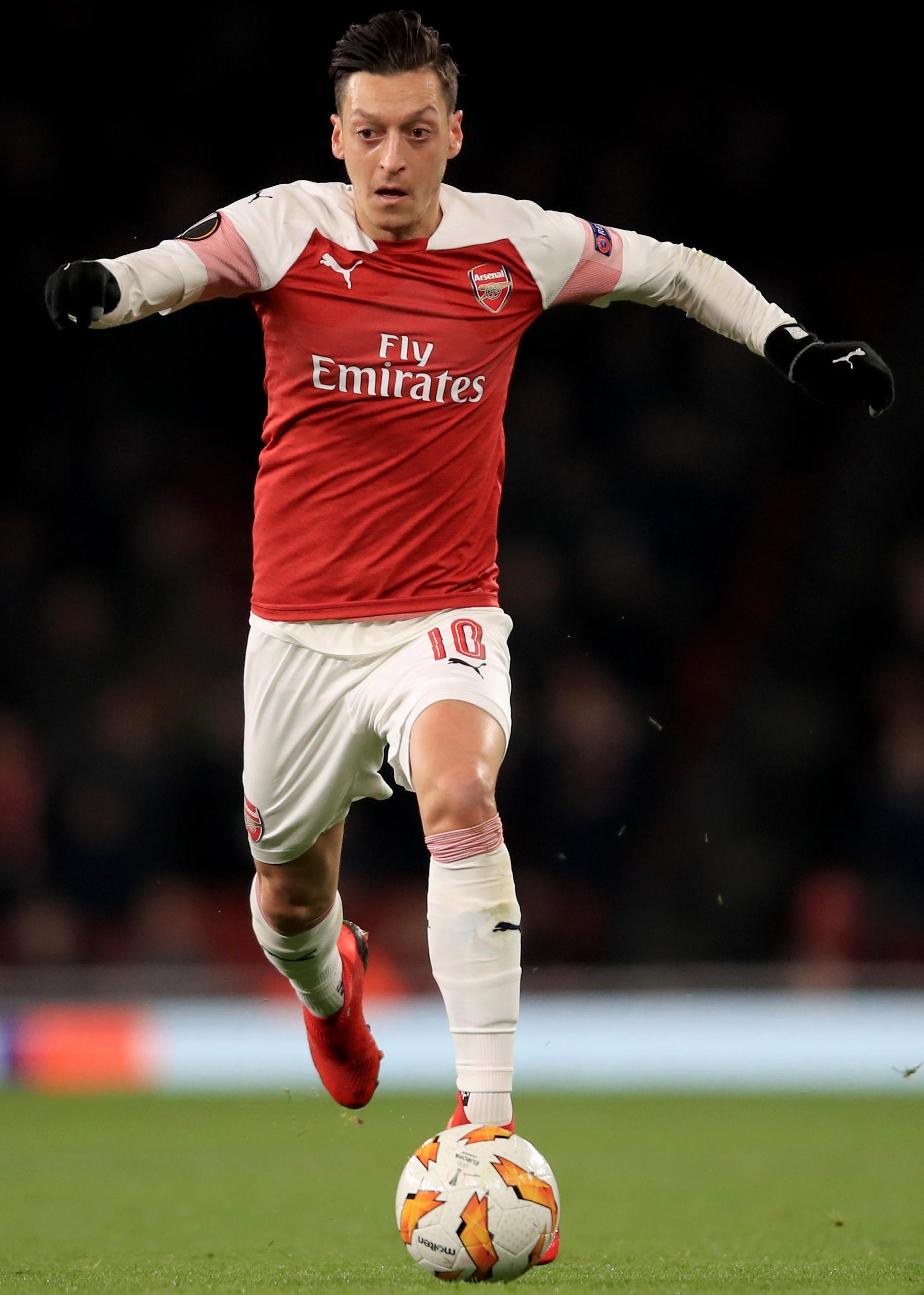 MESUT OZIL will be staying at Arsenal and will even look to extend his stay at the Emirates – according to his agent Dr. Erkut Sogut.

The German World Cup winner has been repeatedly linked with a move away having been frequently left out by Unai Emery since his arrival.

ARSENAL goalscorers Alexandre Lacazette and Pierre-Emerick Aubameyang were in the thick of it against Fulham – and they have the war wounds to prove it.

The Gunners beat their London rivals 4-1, with Lacazette bagging the second and Aubameyang completing the rout.

GUNNERS 'MISSED OUT' ON PULISIC

NORTH LONDON rivals Arsenal and Tottenham both missed out on new Chelsea star Christian Pulisic, it has been claimed.

The American wonderkid, 20, agreed a £58million Stamford Bridge switch before returning to Dortmund on loan for the rest of the season.

ALEXANDRE LACAZETTE had a dig at a second of Arsenal supporters who booed Unai Emery's decision to replace him with Aaron Ramsey against Fulham.

As the former Lyon striker was subbed off, he pointed to his head and encouraged Gunners fans to "think" before questioning the manager – Ramsey scored just seconds later.

ARSENAL have had a £55m bid rejected for Roma's Cengiz Under.

The Italian club are desperate to keep hold of the Turkish midfielder, at least until the end of the season.

ARSENAL will not be able to recall Calum Chambers and Reiss Nelson from their loan spells – despite their ongoing injury crisis.

The Gunners have had to use makeshift centre-backs in recent matches – with no recall deal in Chambers' deal to Fulham while Nelson's development would likely be hindered by returning early.

GIANTS IN CHARGE FOR RAM

AARON RAMSEY'S agents have confirmed the Arsenal ace is being chased by SIX European giants.

The Welshman is in talks with Real Madrid, Barcelona, Juventus, Paris Saint-Germain, Inter Milan and Bayern Munich over a summer move.

UNAI EMERY has told angry Arsenal supporters that he is not going to give in to mob rule.

The Gunners boss faced down an Emirates rebellion during yesterday’s 4-1 win against struggling Fulham.

THEY may have hit Fulham for four – but Arsenal are still struggling from the same problems that have plagued them during recent times.