Read on for all this plus more gossip and more up-to-date news from the Emirates. 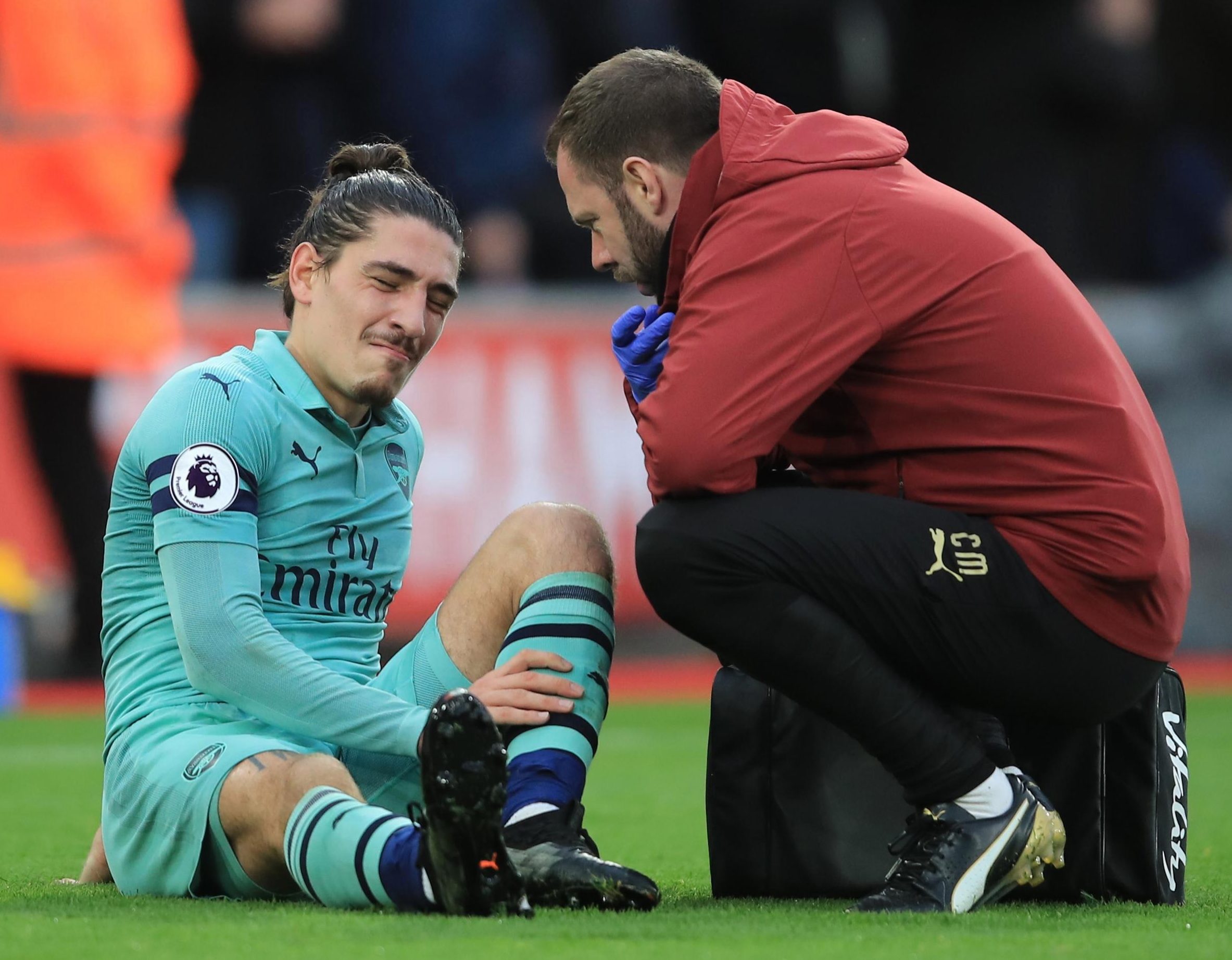 UNAI EMERY is now so committed to three at the back that even with five defenders missing this afternoon he still persisted with the formation which has stood Arsenal in such good stead recently.

Only trouble is that when you have so many players protecting your own penalty area, there is a danger that they all pass on responsibility for clearing the ball. Read our full verdict here.

CHARLIE AUSTIN continued his love affair of scoring against Arsenal to end Unai Emery's 22-game unbeaten run at the Gunners.

It also provided the most perfect of starts for new Saints boss Ralph Hasenhuttl who replaced Mark Hughes at St Mary's.

VON TO A WINNER

The Gunners have the 22-year-old Argentine in their sights for the New Year and contact has already been made with his club.

GRILL ON MENU OF ARSENAL AND SPURS

The Austria star has impressed in the Champions League group stages.

ARSENAL have been hit with further defensive injury setbacks as full-back Hector Bellerin came off against Southampton.

Bellerin received treatment on the pitch just before half-time but did not make it out for the second-half.

DID THIS JUST HAPPEN TO ME?

ARSENAL ace Mesut Ozil gave one young fan the shock of his life on Friday.

The German playmaker crept up behind young Kyan to leave him wide-eyed in amazement and saying: "I'm dreaming…I'm just dreaming,"

UNAI EMERY is still not satisfied with his Arsenal side, despite their 22-game unbeaten run.

The Gunners head to Southampton next and the Spaniard has told his players not to rest on their laurels.

ARSENAL have been offered Barcelona's Denis Suarez for just £14m in Janaury with a view to replace the outgoing Aaron Ramsey.

The ex-Man City midfielder has struggled for game time at the Catalan giants, playing just 11 minutes this season.

ARSENAL are facing a defensive crisis for their trip to Southampton – with Laurent Koscielny the only senior centre-back available.

The Frenchman has recently returned from injury, but the Gunners have Sokratis, Shkodran Mustafi, Rob Holding and Konstantinos Mavropanos all absent.

LUCAS TORREIRA has been receiving plaudits from around the footballing world after playing a key role in Arsenal's revival under Unai Emery.

But not everyone is convinced just yet with Paul Merson saying the midfielder is overrated and wouldn't get into any top four team.

THEY THINK IT'S PULLOVER

PREMIER LEAGUE stars got into the festive spirit by putting on their Christmas jumpers for charity.

Arsenal ace Alexandre Lacazette joined in with the fun as Chelsea forward Eden Hazard proved he is a true blue with his incredible choice of knitwear.