Read on for all this plus more news and the latest gossip from Stamford Bridge. 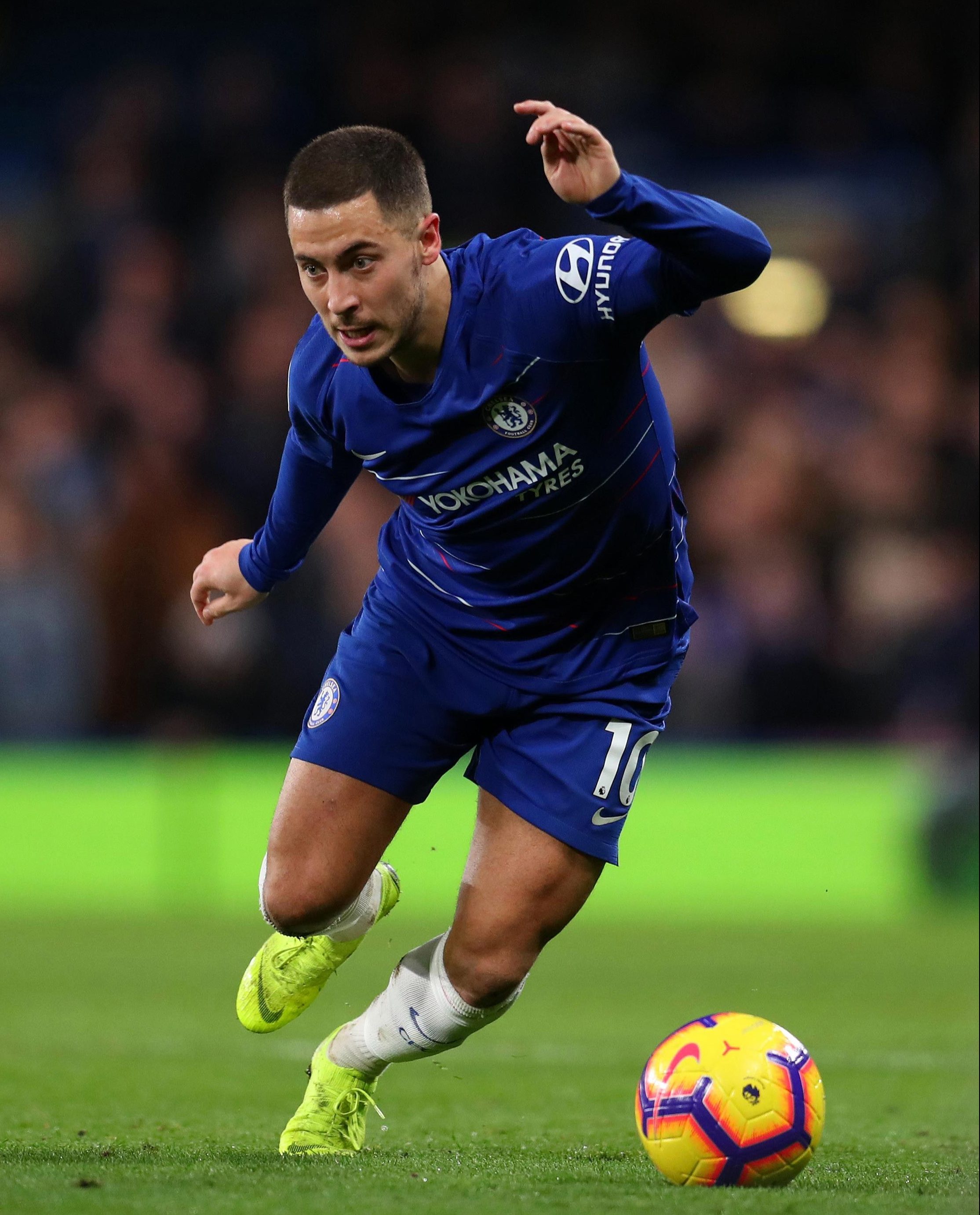 EDEN HAZARD has declared that Chelsea will be firing all cylinders soon enough.

The Blues suffered their third defeat in six Premier League fixtures against Leicester – but the Belgian is looking to score in their next match.

BORUSSIA DORTMUND want Chelsea's Callum Hudson-Odoi, but are not willing to swap for Christian Pulisic.

The 18-year-old forward has been linked with a move away after struggling to secure regular first-team minutes, despite impressing during the time he has been given.

ANTONIO RUDIGER has ruled Chelsea out of the title race following Saturday’s 1-0 defeat to Leicester, calling his teammates' mentality “stupid.”

MAURIZIO SARRI slammed the reaction of his “shocked” stars after Chelsea lost their first home game under the Italian.

NO SIGN of the dreaded ‘Y’ word from the terraces but Maurizio Sarri is determined to find out ‘why’ his Chelsea players crumbled.

The first home defeat of the manager’s reign against the most unlikely opposition and Sarri is on the warpath to get to the root of the ‘mental confusion’ which put him in such a bad mood.

BAT OUT OF HELL

CHELSEA want to cut Michy Batshuayi's loan spell at Valencia short – and then offer him to a Premier League rival.

The Belgian has struggled to replicate his Borussia Dortmund from the second part of last season, with the Blues reportedly already in talks with Crystal Palace.

MAURIZIO SARRI will not let Ruben Loftus-Cheek leave after his recent struggles to break into the first-team at Chelsea.

The England star has enjoyed a breakthrough season so far, and his boss believes he can become a great player at Stamford Bridge.

That's because the festive season is so busy and Sarri wants his players to remain focused.

EDEN HAZARD is happy play in the 'false 9' position, according to manager Maurizio Sarri.

The Belgian has been used centrally in place of strikers Alvaro Morata and Olivier Giroud after they have failed to impress this season.

CHELSEA are not planning to sell Andreas Christensen, despite his lack of playing time.

The Danish centre-back has been linked with Barcelona, but Maurizio Sarri has declared that he is going nowhere.

MAURIZIO SARRI has a huge dilemma heading into 2019 – but a good one at that.

Ruben Loftus-Cheek stayed at Chelsea during the last transfer window to fight for a place and is now banging on the door for regular starting spot, despite the Blues' wealth of midfield options.

VICTOR MOSES is on the verge of re-joining Crystal Palace after falling down the pecking order at Chelsea.

The Nigerian was one of Antonio Conte's most trusted stars – but could now leave for £12m after being deemed surplus to Maurizio Sarri's requirements.

ALEX SANDRO has reportedly agreed a new deal with Juventus – landing a hammer blow to Manchester United and Chelsea.

It is undrstood the full-back is set to sign a contract extension with the Old Lady that will keep him at the club until 2023.

BAYERN MUNICH have denied Mats Hummels will leave next month amid speculation his agent is in talks with Chelsea and Tottenham.

The German international is out of favour under new manager Niko Kovac with reports claiming he wants out of the club.

TOON AND PALACE IN TAM RACE

TAMMY ABRAHAM is 6/1 to join either Crystal Palace or Newcastle permanently.

The Chelsea youngster is in hot-form in the Championship, scoring 12 league goals on loan for Aston Villa this season.

THAT'S BATS – AS ANOTHER FLOP COULD RETURN

CHELSEA face having another flop striker dumped on them as Valencia aim to offload on-loan flop Michy Batshuayi.

The Belgian forward, 25, joined the La Liga giants in the summer having spent most of last season at Borussia Dortmund.