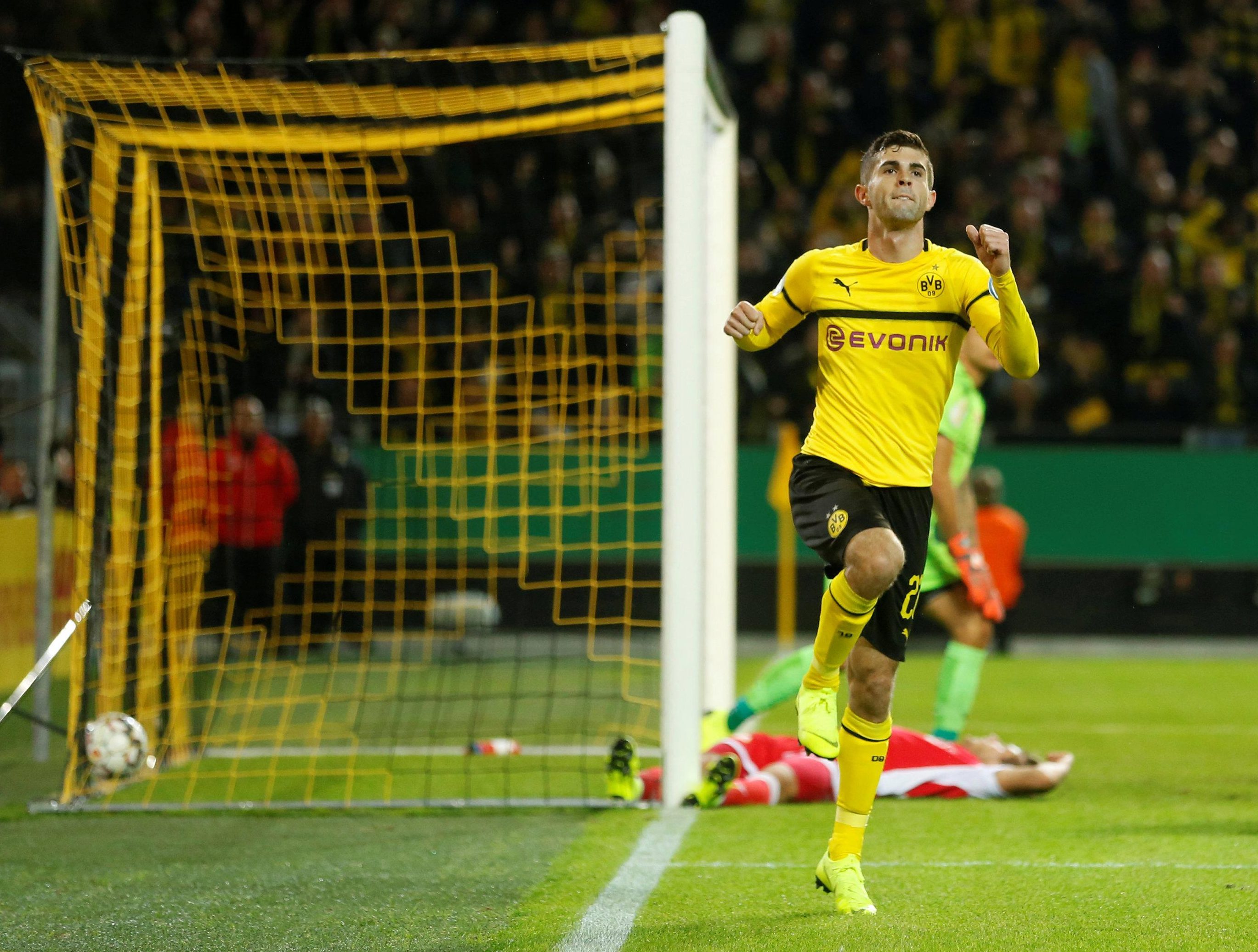 LIVERPOOL could try to hijack Christian Pulisic's Chelsea move with a late £70million swoop part-funded by flop Fabinho, according to reports.

The Daily Mirror claim Jurgen Klopp could flog his £43.7million summer signing to help pay for the American wonderkid the Blues are close to securing.

I DRUNK BUT DIDN'T DRIVE

CHELSEA striker Olivier Giroud believes he was over the drink-drive limit on the evening Hugo Lloris was arrested – but the striker did not drive that night.

The two Premier League stars, along with Arsenal defender Laurent Koscielny, enjoyed a night out in London that later led to Lloris admitting drink-driving. The Spurs keeper was fined £50,000 and banned from the road for 20 months.

HEADING FOR THE WRONG DOR

CHELSEA are set to sign US wonder Christian Pulisic for £70million – but Blues fans think the club are signing the wrong Borussia Dortmund player.

SunSport reported yesterday how the Premier League giants are moving quickly to get the deal done in January – whereas Chelsea supporters seem keen on England starlet Jadon Sancho.

JOSE MOURINHO wanted to snap Victor Lindelof up while Chelsea boss, according to reports.

During his second stint in charge at Stamford Bridge between 2013-15, with Branislav Ivanovic appearing on the decline, the Swede was a transfer target.

The two clashed at the World Cup when France took on Argentina with Les Bleus fans singing "he stopped Leo Messi."

BLUES are looking to provide competition in their full-back ranks as they hope to sign Brazilian youngster Emerson.

The 19-year-old Atletico Mineiro ace has been heralded as one of the hottest prosepects in South America with Arsenal also interested.

ROMAN ABRAMOVICH was warned not to faint as he was handed the sum for N'Golo Kante's agents' fees.

The Frenchman moved to Chelsea for £34m, with the Blues fighting off interest from Paris Saint-Germain – but agents Gregory Dakad and Abdelkarim Douis pocketed £10.6m between them.

GARY CAHILL is set to leave Chelsea, with West Ham the bookies' favourites.

The 32-year-old England defender has struggled for game time this term and is surplus to requirements under Maurizio Sarri.

CHELSEA could be forced into a summer transfer splurge to head off the effects of a looming potential transfer ban.

Fifa investigators have recommended the Blues be prevented from buying any players for two years after a probe into the club’s global under-18 signings policy.

The leaked secret information has typically been used to tarnish the image of some of football's biggest clubs. But the Chelsea midfielder is said to have rejected using an overseas tax haven that allegedly could have saved him £870,000 on on an image rights deal.

Do Chelsea have a darker side?

JORGINHO and Marcos Alonso show there is a nasty bite to Chelsea to go with the pretty Sarri-ball.

Maurizio Sarri has got the Blues playing with far more freedom than in recent years allowing the magical skills of Eden Hazard to flourish.

But in a fiercely contested clash with Everton there was something of the dark arts about some of his players as they left their mark on their visitors in a more rudimentary way.