And we reveal seven things that make N'Golo Kante the nicest guy in football after he came out of the most recent set of football leaks smelling of roses. 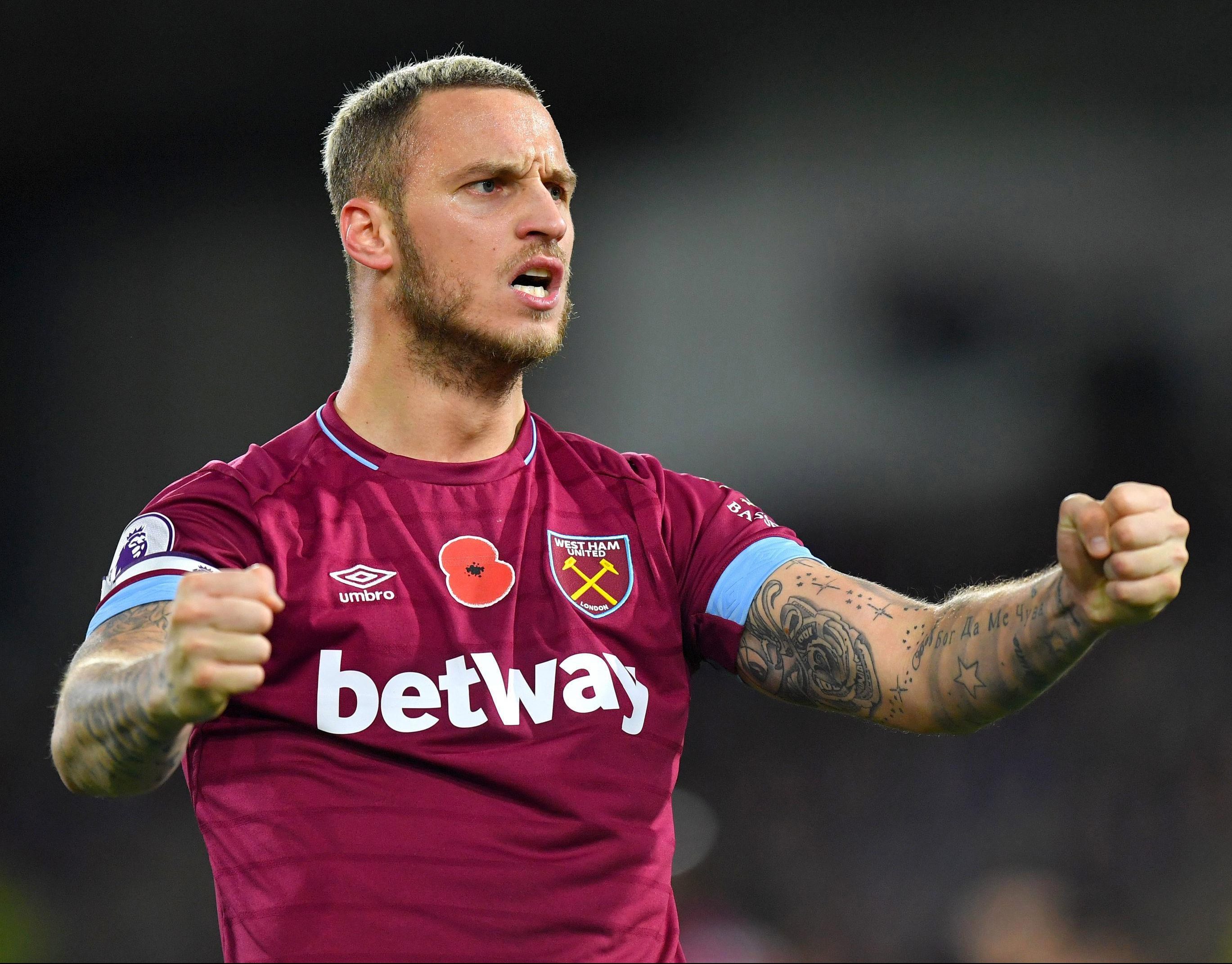 CHELSEA are looking to provide competition in their full-back ranks as they hope to sign Brazilian youngster Emerson.

The 19-year-old Atletico Mineiro ace has been heralded as one of the hottest prosepects in South America with Arsenal also interested.

ROMAN ABRAMOVICH was warned not to faint as he was handed the sum for N'Golo Kante's agents' fees.

The Frenchman moved to Chelsea for £34m, with the Blues fighting off interest from Paris Saint-Germain – but agents Gregory Dakad and Abdelkarim Douis pocketed £10.6m between them.

N'GOLO KANTE will commit his future to the Blues in the coming weeks with a massive new contract.

The deal is expected to be one of the biggest in the Premier League with his current contract running out in 2021.

OLIVIER GIROUD took a sign from above to remain at Arsenal in the summer of 2017.

The French striker revealed he prayed to God for answers – only to end up leaving for Chelsea six months later.

GARY CAHILL is set to leave Chelsea, with West Ham the bookies' favourites.

The 32-year-old England defender has struggled for game time this term and is surplus to requirements under Maurizio Sarri.

CHELSEA could be forced into a summer transfer splurge to head off the effects of a looming potential transfer ban.

Fifa investigators have recommended the Blues be prevented from buying any players for two years after a probe into the club’s global under-18 signings policy.

LAW OF THE AND

CHELSEA are facing another transfer probe after allegations they paid the father of Danish defender Andreas Christensen more than £500,000.

Documents published by Danish newspaper Politiken as part of the Football Leaks information tranche suggest the Blues entered into a hidden agreement to land the then-15-year-old.

ALVARO MORATA claims he’s happier than ever after seeing a psychologist.

The Chelsea star has been in great form recently, netting five times in his last eight matches.

CHELSEA have been threatened with a TWO-YEAR transfer ban over their recruitment of foreign kids.

And the Blues are set to be hit savagely over a player they SOLD 18 months ago.

BLUES VS UTD FOR MARKO

West Ham's talisman announced his desire to quit the London Stadium while on international duty.

N'GOLO KANTE has once again shown he is football's most humble superstar – in the latest Football Leaks revelations rocking the game. 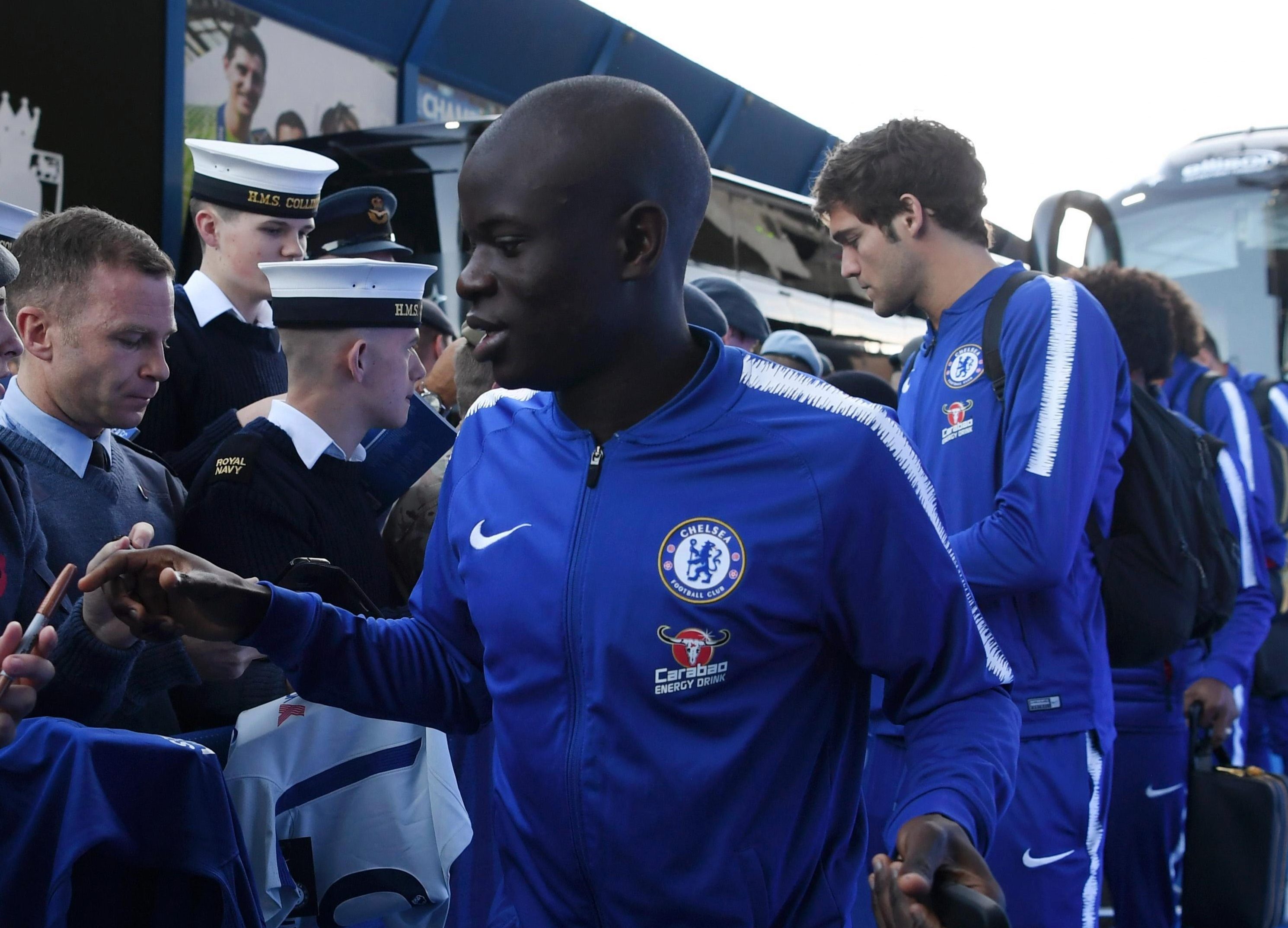 The leaked secret information has typically been used to tarnish the image of some of football's biggest clubs. But the Chelsea midfielder is said to have rejected using an overseas tax haven that allegedly could have saved him £870,000 on on an image rights deal.

Here are seven things which make Kante the nicest guy in football.

OLIVIER GIROUD has landed himself a Hollywood role.

The French striker is set to appear in the upcoming Spider-Man blockbuster.

CESC FABREGAS has been caught out after a sneakily trying to gain an advantage during Chelsea's draw with Everton – by moving the vanishing spray.

The Spanish midfielder, 31, was so desperate to gain an extra foot ahead of a free-kick, he did something we've never seen before, scooping up the foam and placing it down closer to the goal.

CHELSEA target Sandro Tonali has hinted at an incredible future move… but is it to the Blues?
The 18-year-old playmaker has been dubbed the “new Andrea Pirlo” after some barnstorming performances for Serie B side Brescia, and has been called up to the latest Italy squad.

OLIVIER GIROUD is close to securing a loan move to Marseille as Chelsea look to cut their attacking options.

The Frenchman has struggled to nail down a regular starting place with manager Maurizio Sarri preferring Alvaro Morata – and now he could secure a permanent move in the summer at the end of his contract.

Do Chelsea have a darker side?

JORGINHO and Marcos Alonso show there is a nasty bite to Chelsea to go with the pretty Sarri-ball.

Maurizio Sarri has got the Blues playing with far more freedom than in recent years allowing the magical skills of Eden Hazard to flourish.

But in a fiercely contested clash with Everton there was something of the dark arts about some of his players as they left their mark on their visitors in a more rudimentary way.

EDEN HAZARD has revealed the greatest thing Joe Cole ever did for the Blues.

The Belgian star claimed it was the ex-England midfielder – who announced his retirement today – that persuaded him to move to Stamford Bridge from Lille.

ANDREAS CHRISTENSEN has hinted that he may not be sticking around at Stamford Bridge for the long-term.

The Danish centre-back has struggled for game time under new boss Maurizio Sarri and was unconvincing when asked about handing in a transfer request.

'IT HAS BEEN A DREAM COME TRUE'

FORMER Chelsea, West Ham and Liverpool star Joe Cole has announced his retirement from football at the age of 37.

The England midfielder, who won 56 caps for his country, brings the curtain down on a 20-year career that ended with the Tamba Bay Rowdies in the United Soccer League in America.