So the general astonishment that has greeted Hector Majul since his arrival in Vilnius, the Lithuanian capital, in late November does not surprise him.

At 24, he is a forward for the Hockey Punks, one of four teams in the country’s largely unknown professional league. That move was another unforeseen step on an unconventional hockey path, which shifted when Majul was deported to Mexico during his college career in the United States.

“He is an impressive skater,” said Boris Dorozhenko, Majul’s childhood coach and mentor. “The only problem for him was always his Mexican citizenship.”

Like a growing number of international athletes who want to pursue careers in the United States, Majul found that his immigration status — and what some view as suddenly stringent enforcement of technicalities — had become a major impediment.

In a country that has long tried to attract athletes and artists with special talents, what once appeared to be a fairly clear path to at least semi-permanent residency has become a far more arduous road. The possibility of deportation can arise with just one unsatisfactory answer to an immigration official, whether spoken or written on a form.

In Majul’s case, an incorrect response a year and a half ago led to a dizzying journey back to Mexico, then on to Switzerland and now to Lithuania, with no promise of a return to the United States in the near future.

Dorozhenko, who played hockey in the former Soviet Union, discovered a 6-year-old Majul in Mexico City after becoming a coach with the Mexican national program in the early 1990s.

Dorozhenko eventually landed a hockey job in Arizona, and Majul, 14 at the time, followed him. Because he was attending high school, Majul entered the United States with a student visa, then became a fixture at hockey clinics in the area, alongside a local standout named Auston Matthews. Drafted first over all by the Toronto Maple Leafs in 2016, Matthews is now among the N.H.L.’s brightest stars.

Majul was allowed to stay in the United States after high school, first on an amateur athlete visa, known as a P1, then on another student visa when he landed at Curry College in Massachusetts to play Division III hockey in 2015.

By then he was a star for Mexico in international competition. In his first appearance in the International Ice Hockey Federation’s Division II Group B world championship tournament in 2014, he tied for the team’s scoring lead and helped Mexico finish one win shy of promotion to a higher division. He was named the tournament’s top forward in 2015 and again in 2016.

“I know there have been professional players that have Mexican descent or Mexican parents,” Majul said, referring specifically to the N.H.L. (Matthews’s mother is from Mexico.) “But there has never been a Mexican-born pro hockey player. I want to be that guy.” 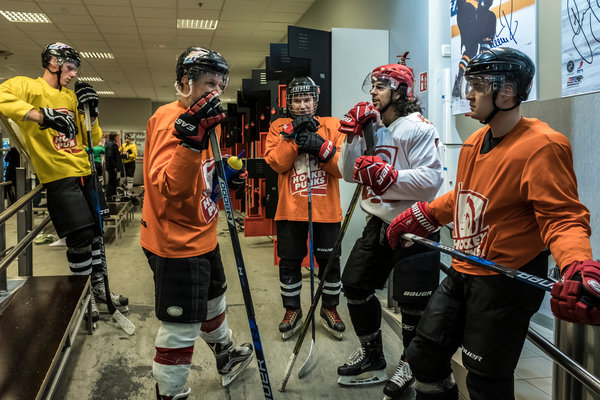 But on Aug. 22, 2017, as Majul returned to the United States from a trip home to see family, Customs and Border Protection officials at William P. Hobby Airport in Houston discovered a makeup box belonging to his girlfriend, Katy Weizman. An American, Weizman had accompanied Majul on the trip and returned to the United States the previous week. The makeup kit contained a week’s supply of Concerta, her A.D.H.D. medication and a controlled substance.

Majul said that the Houston Police Department had declined to further investigate his possession of the drug, but that he was detained and questioned that night and into the morning. According to an appeal filed by his lawyer, Majul told a customs agent that he had left Mexico “to pursue a career in ice hockey.”

Based on this admission, Majul was found to have expressed an intention to violate the terms of his student visa. The visa was canceled, and he was deported after almost a decade of legally living and training in the United States.

When contacted about this case, the Customs and Border Protection agency said in a statement that officers had found that Majul “provided differing answers when asked about his trip to the U.S. and the reason he departed his country of origin.”

Majul’s lawyer submitted an appeal in September 2017, saying the officers had overreached in their decision. The appeal was denied.

Marian Daugherty, who took Majul into her home when he first moved to the United States, set up a “Bring Hector Back” Facebook page and reached out to the office of then-Senator Jeff Flake of Arizona, to no avail.

Majul was left to train in Mexico City, unable to return to the United States until 2022 and without the services of an agent. But with only 1,552 registered hockey players in Mexico, compared with more than 562,000 in the United States, Majul knew he would need to go elsewhere to keep up his game.

Majul and Dorozhenko canvassed their hockey network. Their search drew the attention of Arno Del Curto, who for 22 years had led the Davos hockey club in Switzerland. Equipped with a 90-day tourist visa, Majul ventured to Switzerland. Within three weeks, he was told that the team wanted him to stay.

“It was a huge relief,” Majul said. “I’m going to be honest, I think I teared up a little bit when I talked to my parents.”

But immigration would again become a hurdle. To qualify for certification, Majul needed to have been considered a professional before arriving in Switzerland. Because he had most recently played competitive hockey in college and with the Mexican national team, he was deemed an amateur and denied a visa. The club in Davos appealed to the Swiss government, even offering to hire Majul as a skills coach in the hopes that might provide a legal workaround.

By November, with only five days remaining on his tourist visa and all his options exhausted, Majul went to train with a coach and former colleague of Dorozhenko’s in Serbia. Days later, he received an invitation to join Hockey Punks.

The Lithuanian club signed Majul to a contract, provided an apartment in Vilnius and helped him stabilize his immigration status. In perhaps the most unexpected turn of this hockey escapade, Majul is not the only Mexican on the team. His countryman Arunas Bermejo joined the club while studying in Lithuania.

“It’s a steppingstone, something to help me get to the next level,” Majul said. “Usually when people say they’re going to Europe, nobody thinks of Lithuania or Vilnius.”

He acknowledged that the transition to life in Vilnius was difficult, especially considering the abrupt nature of his arrival. But he has come to enjoy his new surroundings.

“It’s actually a really nice town,” Majul said. “Great food, people are very friendly. I think the only downside is how cold it is.”

The average high temperature in Vilnius in February is 30 degrees — not frigid, unless your reference points are Mexico and Arizona.

Majul has been approved for worker certification that for the next year or two will allow him to work within the Schengen Area, a region of 26 European nations, including Switzerland. That would make it easier for Majul to rejoin Davos for the 2019-20 season. (That hope was muddled when Del Curto announced his resignation in November.)

Daugherty helped Majul enroll in online classes through Arizona State University, and he is working to complete his degree.

In his first professional game, on Dec. 22, a 5-2 loss to Kaunas, Majul registered an assist. In his first eight games with the club, Majul collected a goal and six assists. He has not given up on his pro hockey dreams, including a potential return to the United States.

“I think in North America I have this label of, ‘Why is a Mexican playing hockey? He should be playing soccer,’” Majul said. “Don’t get me wrong. Here it’s also a shock when they hear there’s a Mexican hockey player. But after they see me playing, they see the level that I have, it kind of speaks for itself.”

“I think that was maybe the way it had to go,” he added. “Maybe for me to be able to go on to the next level, I had to come and make it through here first.” 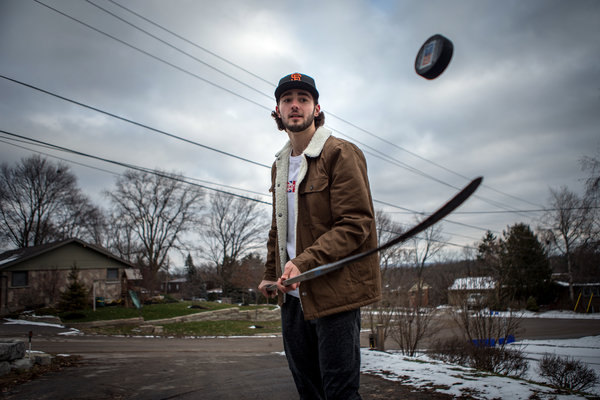 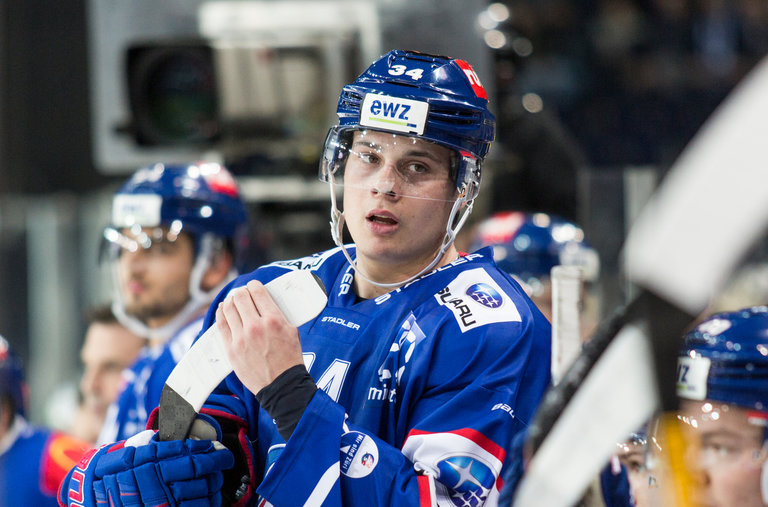