A Night to Remember at the U.S. Open

The 2018 United States Open women’s final between Serena Williams and Naomi Osaka will be remembered for its controversial conclusion amid booing fans, when Williams was penalized for illegal coaching and for unsportsmanlike conduct.

Fans will surely debate the virulent crowd reaction that reduced Osaka to tears during the trophy presentation and say the Open had never experienced anything like it. 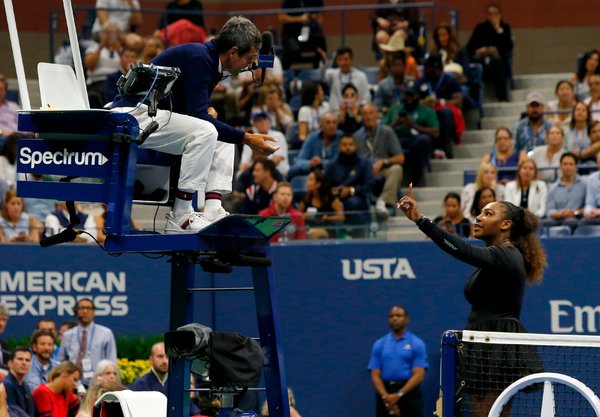 In 1979, on a sultry evening in the old Louis Armstrong Stadium in Queens, N.Y., chaos erupted during a second-round match between John McEnroe and Ilie Nastase, the sport’s original bad boys.

The madness resulted in a match default, reinstatement, expulsion of a chair umpire and fan behavior that bordered on riotous. It wasn’t entirely unexpected.

“I felt a buzz all day,” said McEnroe, the tournament’s eventual champion over his friend and fellow New Yorker, Vitas Gerulaitis. “Playing night matches was relatively new, and that’s what made them fun. People had finished work, they could loosen up a bit, have a couple of drinks and then turn rowdy and crazy, potentially. And that’s what happened.”

Nastase, the 1972 Open champion and a versatile genius with a racket, was also well known for on-court antics that included delaying play, incessant chattering with fans, profanity-laced tirades and even pulling down his pants.

“Nastase was a great player, but he was a character,” said McEnroe, 60, a four-time Open champ and three-time Wimbledon winner. “You loved him or hated him, but a lot of people got a kick out of him.”

It was a highly anticipated match between two emotionally charged combatants, one nicknamed Nasty and the other often referred to as Super Brat for the manner in which he berated and belittled linespeople and chair umpires. But McEnroe, who earlier in the year had won the Grand Prix Masters and WCT titles, was clearly the ascendant player and Nastase knew it.

“Ilie was quite a bit older and sort of at the end of the line,” said McEnroe, who had lost to him three times but had beaten him the last two times they played.

“The truth is, he saw pretty early in the match that things weren’t going to work out for him on court, so he just figured he would take it to the limit. I don’t recall doing anything, actually. That was one of the best-behaved matches I ever played.”

“I thought there would be nonsense that night, but I never expected mayhem,” said Carillo, now a Tennis Channel analyst, in addition to working for NBC and HBO Sports. “Nastase created all the chaos. John was, shockingly, the good one. But New York has a special energy, and the fans were more than willing to jump into the fray.”

The chaos started early in the fourth set with McEnroe leading by two sets to one and serving at 15-0. It was nearing midnight. After Nastase inexplicably flicked off the cap of the net-cord judge, he sauntered to the baseline, but simply stood there.

“I was tired,” said Nastase, 73, by phone from his home in Romania last month. “I was 33 already and not playing much anymore. He was 20. I had to pull out all the tricks.”

When Nastase refused to resume the match, Frank Hammond, a longtime, well-respected chair umpire, had no choice but to follow standard tournament procedure and issue him a warning. A point penalty and the loss of a game for his unsportsmanlike conduct followed. Hammond announced the score as 3-1 for McEnroe, setting off a firestorm that lasted nearly 20 minutes.

The fans booed, chanted “Two-One” (the score before the game penalty) and threw cups and cans onto the court. Some even tried to storm the arena, until the police stepped in.

Nastase, his black, scraggly hair drenched with sweat, surveyed the scene, repeatedly shrugging his shoulders and protested that all the noise was preventing him from concentrating on his serve. McEnroe stood perched on the opposite baseline, twirling his racket and surveying the situation.

“I was amazed by John’s ability to thrive amid all that chaos,” said his brother Patrick, who was 13 at the time and sitting with his parents, Kay and John Sr.

Mark McEnroe, another brother, was 17 and sat with the model Cheryl Tiegs that night. He ended up writing his college admissions essay about the match and his seatmate.

“The crowd was out of control,” he said. “Ilie was clearly trying to get into his head, but John didn’t take the bait.”

Despite Hammond’s efforts, he was unable to quell the crowd. Mike Blanchard, the tournament referee, was no more successful. Even the tournament director, Bill Talbert, couldn’t get the mob to quiet down. At one point, Blanchard climbed a ladder up the side of the umpire’s chair and warned the crowd that the match would be suspended and resumed the next day. That only made things worse.

Finally, Hammond started the 30-second time clock on Nastase, demanding, and then pleading, that he serve. When the Romanian refused, Hammond announced, “Game, set and match McEnroe.”

“When they heard that, the people went crazy,” Nastase said. “They wanted to see the match that night. They paid their money. They didn’t want to see me disqualified.”

In the end, Hammond was removed from the chair by Talbert and replaced by Blanchard. Nastase was given a reprieve, and the score was returned to 2-1. McEnroe won the match 6-4, 4-6, 6-3 6-2. In the postmatch media conference, Hammond was seen sitting in the back row, sobbing.

“The worst part of the whole thing was the way Frank Hammond was treated,” said Steve Flink, a Hall of Fame journalist and historian. “The last thing he wanted to do was enforce the rules. He was collateral damage, made to look incompetent, which he wasn’t. That night tarnished him.”

Also in the crowd was Talbert’s son Peter, now 67. Forty years later, he cringed as he recalled the evening.

“I just remember a photo of my dad, his head bowed, as if to say, ‘When is this going to end?’” Peter Talbert said. “He didn’t want to get rid of Frank. It wasn’t a popular decision. But there was a riot going on. He was scared of what might happen.”

As for McEnroe and Nastase, neither player holds a grudge.

Everything changed when Nastase walked into the locker room after the match, a young woman on each arm, and looked for McEnroe.

“Just as I was about to lace into him, he said to me, “Hey McAroni — he called me that — where are we going to dinner?’” McEnroe recalled. “And all of a sudden, it went from, I’m going to ring this guy’s neck to heading out together for a late night at Patrick’s Pub in Little Neck.”

Nastase also has fond memories of the evening.

“In the match, we’re fighting on the court,” he added with a chuckle. “After that, it’s over. There’s nothing more.” 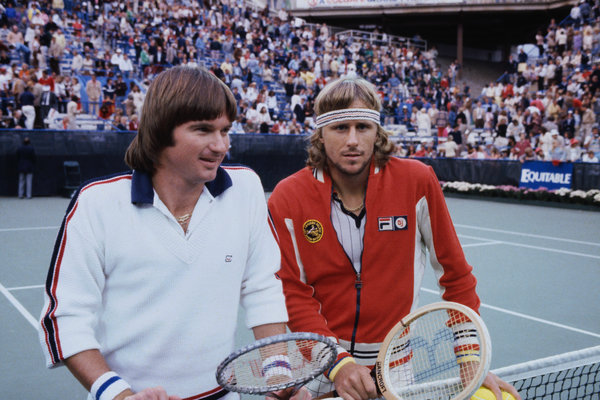 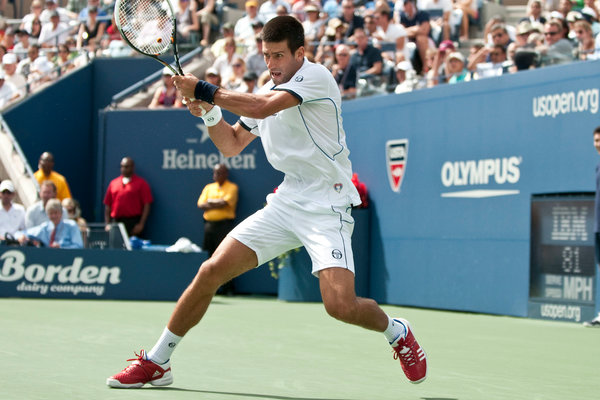