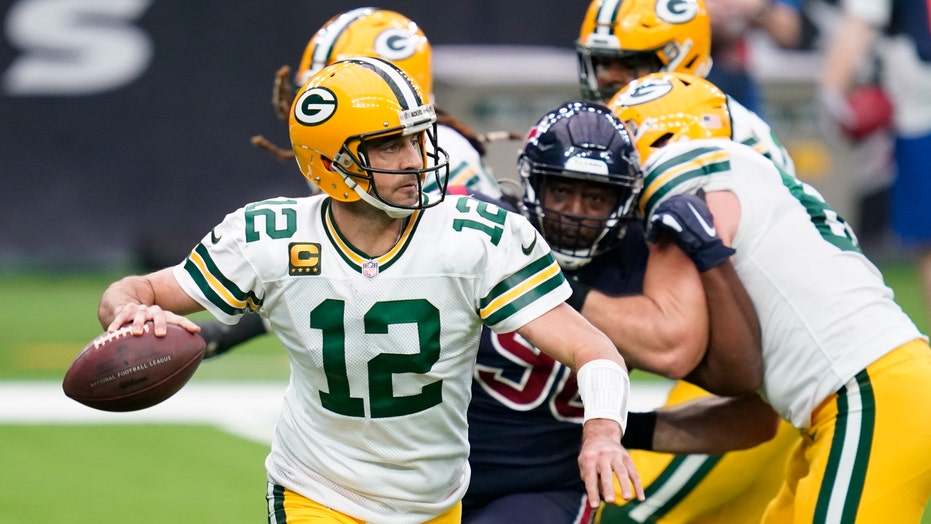 Super Bowl LV preview: What to expect when Brady takes on Mahomes

Retired NFL players Jack Brewer and Mike Cox break down what to watch during the big game.

Green Bay Packers running back Aaron Jones gushed about playing with Aaron Rodgers on Thursday amid speculation the veteran quarterback could be on the move in the offseason.

Jones, who himself might be on a new team in 2021, told CBS Sports HQ that players like Rodgers don’t come around very often and that him leaving would be a blow to the team.

“That’s a future Hall of Famer and means a lot to the organization,” Jones said. “He’s a once in a lifetime player. Look what he just did, took us to another NFC Championship Game. That’s the type of player he is. I love A-Rod. He’s great at helping you develop your game in so many areas, not just on the field but off the field as well.”

Packers general manager Brian Gutekunst commented on Rodgers’ future this week, hoping to put all of the speculation to rest.

“He’s going to be a part of our future, and we look forward to all the runs we’re going to be able to make here over the next few years,” he told reporters, via the Green Bay Press-Gazette.

Rodgers is likely to win the 2020 NFL MVP. He led the Packers to a second consecutive 13-3 season. He led the league with 48 passing touchdowns. He added 4,299 passing yards, as well.

Jones is set to be a free agent in the offseason. He had a career-high 1,104 rushing yards and nine rushing touchdowns in 2020.