London: Aaron Ramsey produced a contender for goal of the season in Arsenal's 5-1 rout of Fulham on Sunday to underline why he will be such a loss if, as expected, he leaves the club when his contract expires at the end of the season. 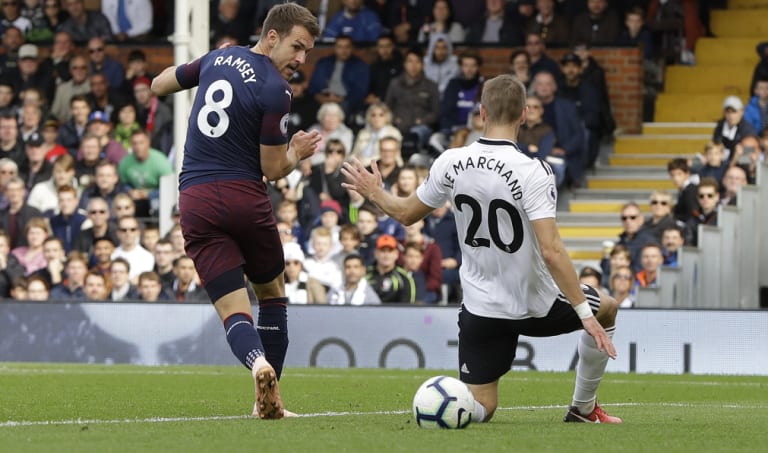 Willian had a shot deflected on to the crossbar and Danny Ings missed a golden opportunity from close range at the other end, before Barkley created the opener for Eden Hazard. 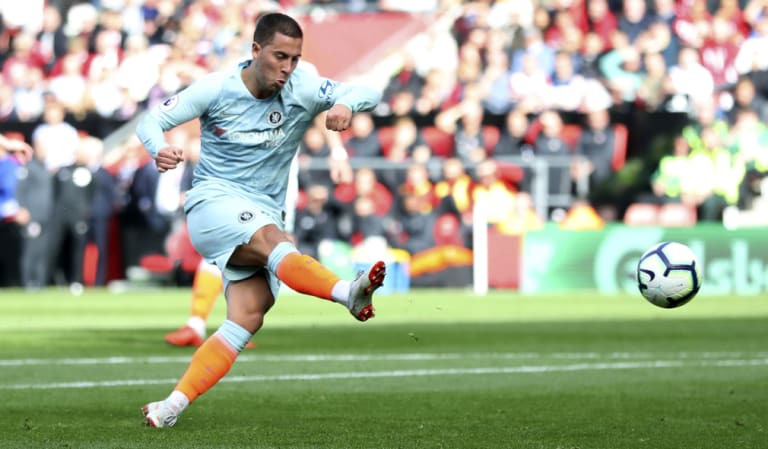 The English midfielder pressed high to win back the ball and set up Hazard, the division's top scorer, who netted his seventh of the league season after 30 minutes at St Mary's.

Barkley, who signed for Chelsea in January from Everton, tapped in the second from Olivier Giroud's acrobatic cross before Hazard played in substitute Alvaro Morata to seal the win in stoppage time.

But the fireworks were at Craven Cottage, where 27-year-old Ramsey began and ended a wonderful free-flowing move to score Arsenal's third just 39 seconds after coming on as a 67th-minute substitute.

First he dinked the ball over a defender deep in his own half before running on to make two key headers around the halfway line to allow the push forward to keep its momentum.

Finally he met Pierre-Emerick Aubameyang's low cross with a delicate flick with the inside of his boot to beat Marcus Bettinelli in the Fulham goal and conjure memories of the sort of goals Dutch great Johan Cruyff used to score. 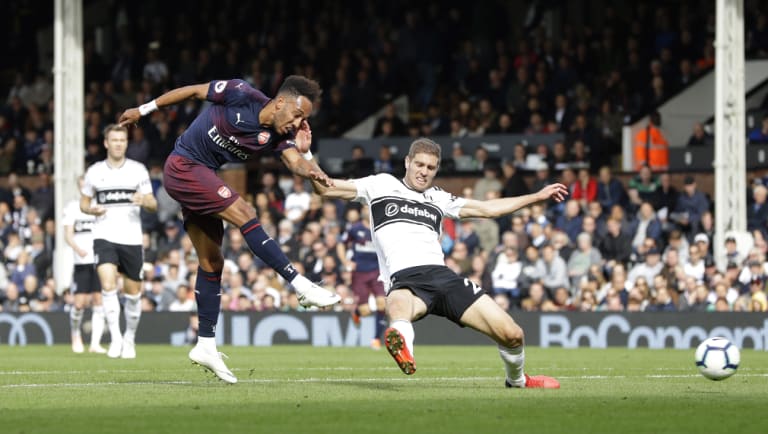 With Ramsey also providing a superb through ball to set up Aubameyang's second – and Arsenal's fifth – his contribution to the win was immense, with all five of Arsenal's goals beautifully worked.

Earlier this month, Ramsey's representatives Avid Sports & Entertainment Group confirmed he is likely to depart as a free agent at the end of the season after the club chose not to continue discussions over a new contract.

Although Emery has said he would like to keep Ramsey, who is Arsenal's longest serving player after joining in 2008, Arsenal are keen to keep their wage bill under control and look willing to allow the Welshman to leave on a free transfer, just as Jack Wilshere did during the close season.

Yet, even if Ramsey does leave, Emery is clearly not short of midfield options, with Alex Iwobi impressing before being replaced by the Welshman and Germany's Mesut Ozil to come back in after missing Sunday's game with injury.

"Our performance over the 90 minutes was very important; to be together and with our performance we found each moment and each player," said Emery.

The win was Arsenal's ninth in succession in all competitions – their best run since stringing together eight successive wins from March to April 2015 – and put them into the top four.

"I believe in us, we believe in our process but also we must keep taking confidence. I think we are in the first competition in the war. It is very difficult but we must prepare, continue improving and show big commitment," said Emery.