Fremantle will maintain their eclectic mix of old and new in 2019 with ruckman Aaron Sandilands signing on for another season.

The 35-year-old has not played since round 13 after suffering a calf injury but he was in good form early in the season when he played 11 games. 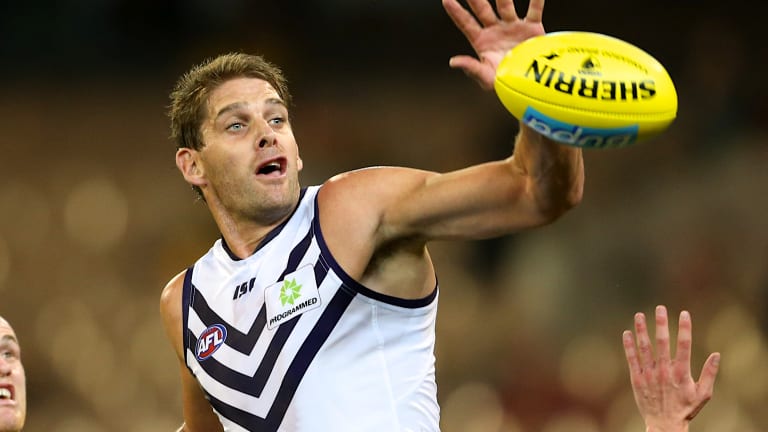 The Dockers have blooded Sean Darcy in the ruck in his absence but wanted to retain Sandilands to be alongside the 20-year-old as he develops his craft.

The pace of the Dockers' rebuild was questioned on Saturday when they capitulated against Geelong losing the game by 133 points after being outscored by 142 points in the final three quarters.

The result came at the end of a week when they re-signed veterans David Mundy and Hayden Ballantyne and gave injury-prone but talented midfielder Harley Bennell another year to get his body right to play AFL.

The Dockers have won eight games in 2018 but their only win away from Perth Stadium came against Carlton at Etihad Stadium.

Sandilands told the club website he took some time to make his decision.

"Fortunately, I’m allowed to go around again for another 12 months," Sandilands said.

"I had a good chat with the club and a good think about things and I’m going to have another year at Fremantle, which I’m really excited about.

"Obviously, the motivation is still there. I’ve had a bit of time to talk about it with the family and I know the love for the game and the footy club is also still there.

"I think it does definitely make the decision a lot easier."

Sandilands has played 265 games in his career but has managed just 26 in the past three seasons.