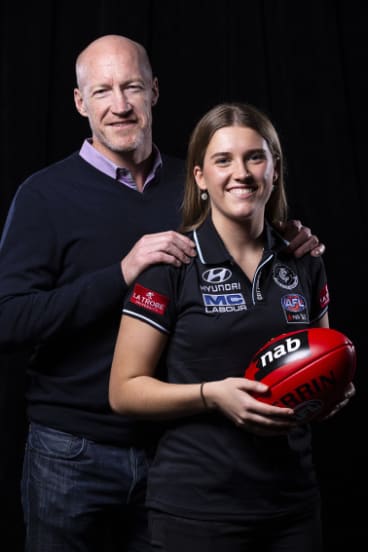 The AFLW's first father-daughter selection, Abbie McKay, wasn't exactly doing cartwheels at the thought of her dad, Andrew, coaching her at Prahran this season.

It would take more than the fact he was a key member of Carlton's 1995 premiership team on his way to 244 games as a fearless running defender in the navy blue to convince her he would be a good coach.

"One thing I said to him when he came was, 'Don't take it too seriously, it's not AFL'," Abbie told Fairfax Media.

Her well-credentialled father was more than happy to accept that advice, understanding that anything he imparted to the teenager was likely to fall on deaf ears anyway.

"If he gives me advice I just shut it down. He's learned to stay out of it a bit," Abbie said.

But don't let the banter between the two give you the wrong impression about their relationship. Their connection outside of football is more important than the one within.

"I like him being my dad rather than my coach," Abbie said.

To that end, Andrew is pleased the daughter he calls 'Abbs' enjoys the game and is happy to watch her develop from afar under the guidance of AFLW coach Daniel Harford after the Blues used pick 16 to select her after Collingwood's bid during the draft.

"She started playing four or five years ago with her school friends and it was really a social thing for fun," Andrew said.

"Then she played with Sandringham last year and then it got a bit more serious this year. She started to play well in different grades and all of a sudden she was going quite well."

A midfielder, Abbie turned more attention to the sport recently having played netball, basketball and tennis as a teenager, initially taking it up as another opportunity to stay fit.

Soon enough she fell in love with the game her dad mastered and showed a familiar family aptitude.

"I love all the different aspects of it," Abbie said.

As to the question of what number she will wear next year, that remains somewhat unresolved, in official terms at least.

The No. 5 Andrew wore with distinction is free and it's hard to imagine anyone other than Abbie McKay being a better fit. 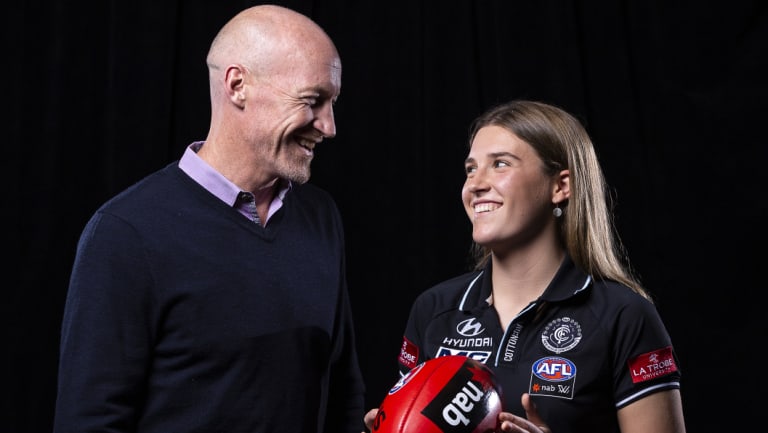 Bluebloods: The McKay name is set to live on at Carlton.Credit:AAP