ABERDEEN'S game against St Johnstone has been AXED after two of their players tested positive for coronavirus.

The Scottish Premiership clash has been called off after the unnamed Dons pair returned positive results.

A further six Aberdeen stars are also self-isolating after a team trip to Soul Bar in the city last weekend.

The Scottish city has seen a dramatic spike in cases of Covid-19 in recent days – with cases doubling in a 24-hour period at one stage.

Aberdeen has since been put on lockdown by Scotland's First Minister Nicola Sturgeon, with the stricter measures enforced on Thursday.

The club cancelled training on Thursday after they learned one player had tested positive.

A second star soon followed – with both said to be showing no symptoms of the virus.

Sturgeon blamed a cluster of 20 bars and restaurants in the city for the spike in cases.

At 5pm on Thursday, Aberdeen was placed on a week-long local lockdown.

On the decision, Sturgeon said: "I know that this is a real blow to the city and all of us regret that we've had to take this position, but I do believe that people understand why it is necessary.

"There are just too many uncertainties about this outbreak right now so we are not yet confident that we can keep it under control without these additional measures." 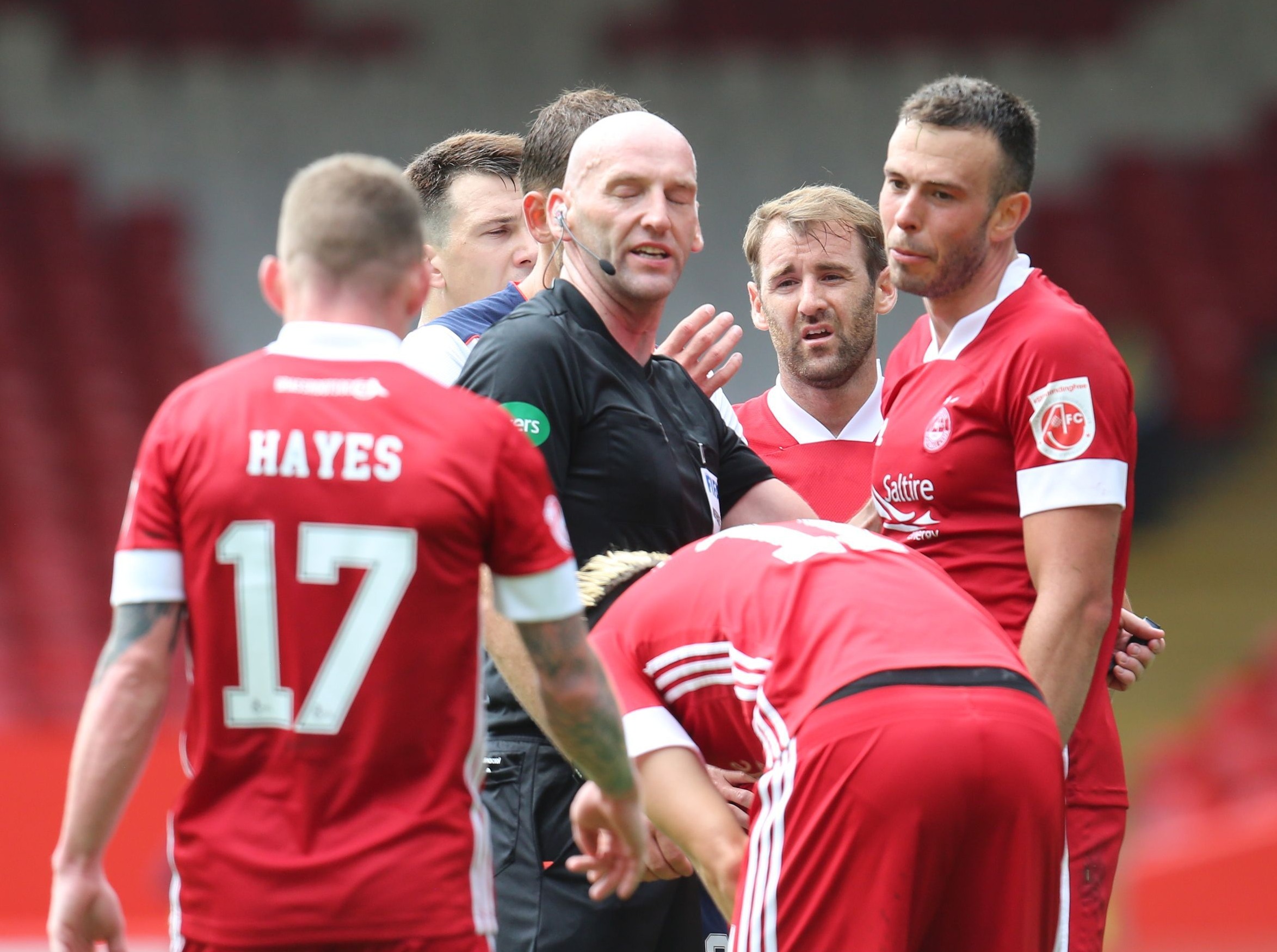 And after the outbreak, the Dons' game with St Johnstone has been postponed.

It would only have been Aberdeen's second game of the Scottish Premiership season.

McInnes' men lost their opening match to Rangers 1-0 after a first half strike from Ryan Kent.