The 19-year-old had an evening to forget as the Serie A leaders thrashed the Rossoneri to claim the prize for a record fourth consecutive year. 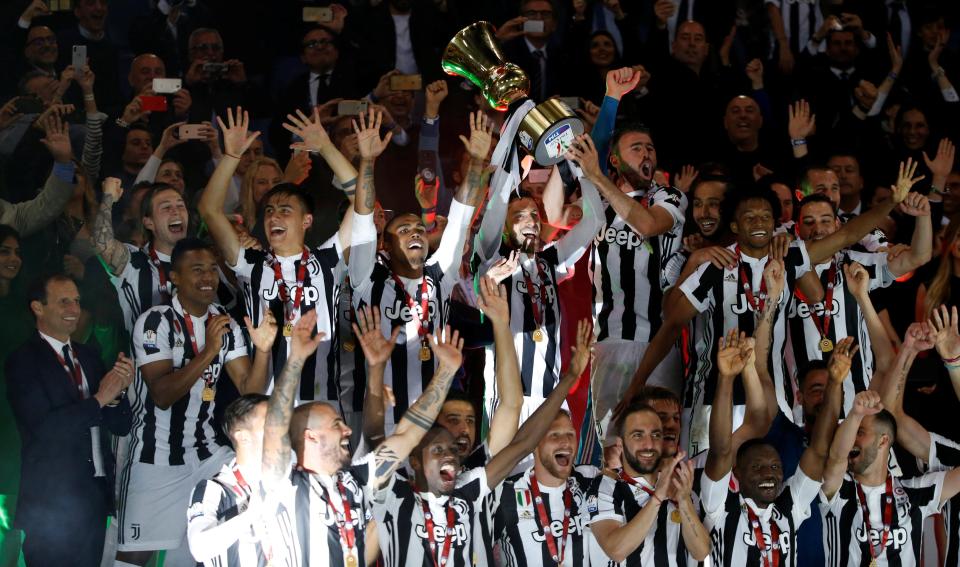 Donnarumma could not be blamed for Medhi Benatia’s opener, but his mistakes for Douglas Costa and Benatia’s second contributed heavily to his side’s second half collapse.

And Nikola Kalinic’s late own goal only rubbed further salt into Milan’s wounds.

It’s the first of two celebrations the Bianconeri hope to have over the next four days at the Stadio Olimpico.

They only need a draw against Roma on Sunday to clinch a record-extending seventh consecutive Scudetto. 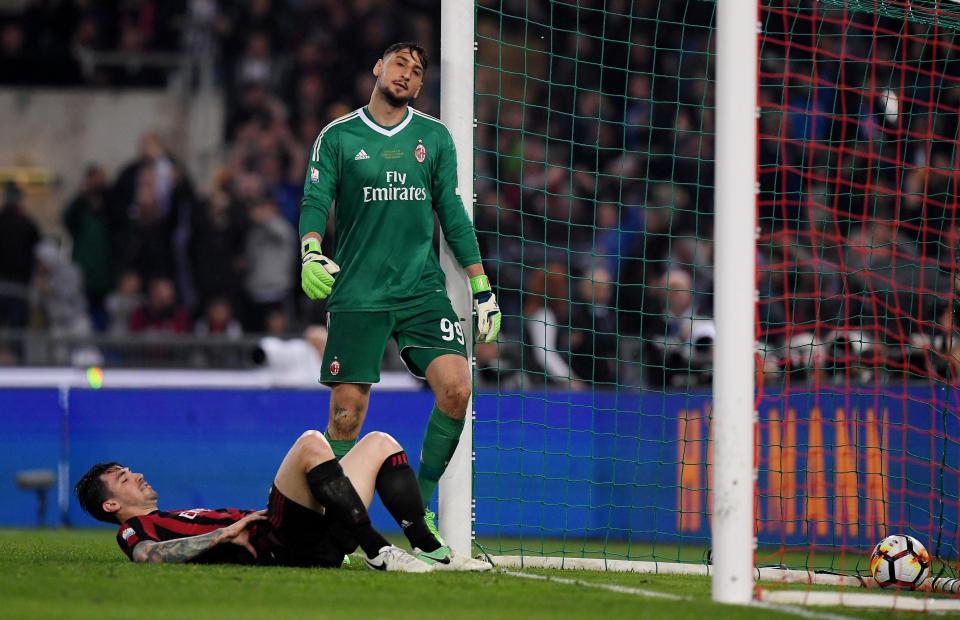 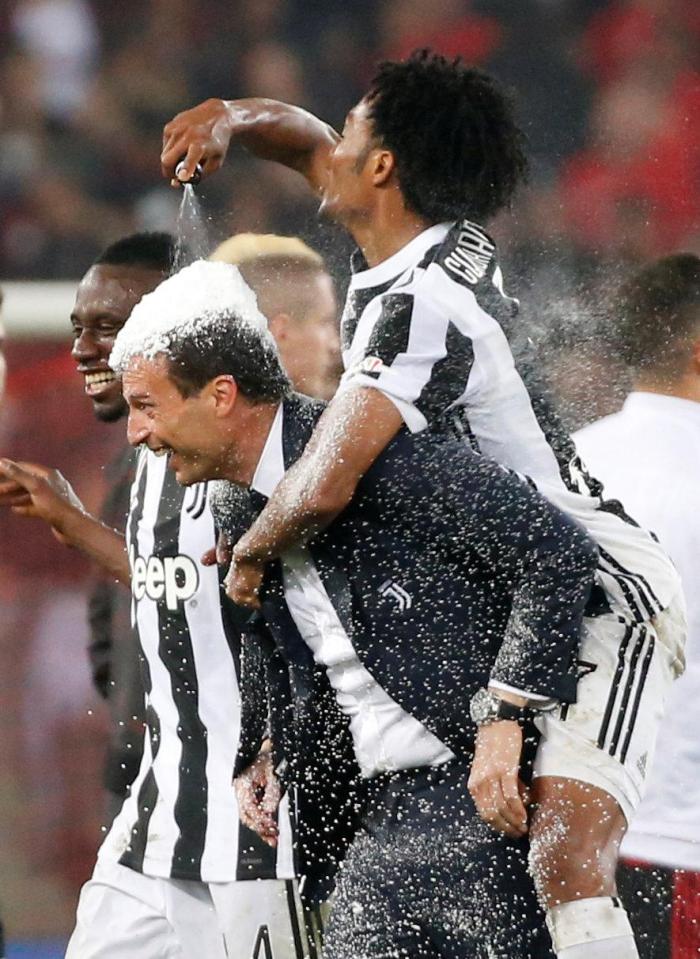 While his protégé and pretender to the throne Donnarumma failed miserably, Juventus captain Gianluigi Buffon showed he is still at the top of his game – even though the 40-year-old is expected to retire at the end of the season.

After a tense first period, Juve took control just over ten minutes after the restart when Benatia headed in from a corner.

Donnarumma then had Costa's shot on his fingers but allowed the ball slip through his hands.

The teenage stopper was at it again three minutes later as he prepared to collect a header from Mario Mandzukic – but the ball again slipped off his fingers and Benatia was waiting to pounce.

Milan’s best chance came when Juventus midfielder Blaise Matuidi nearly scored an own-goal by miscuing a clearance onto the post.

But a heroic comeback never looked likely and Milan’s misfortune was compounded with just under 15 minutes to go. 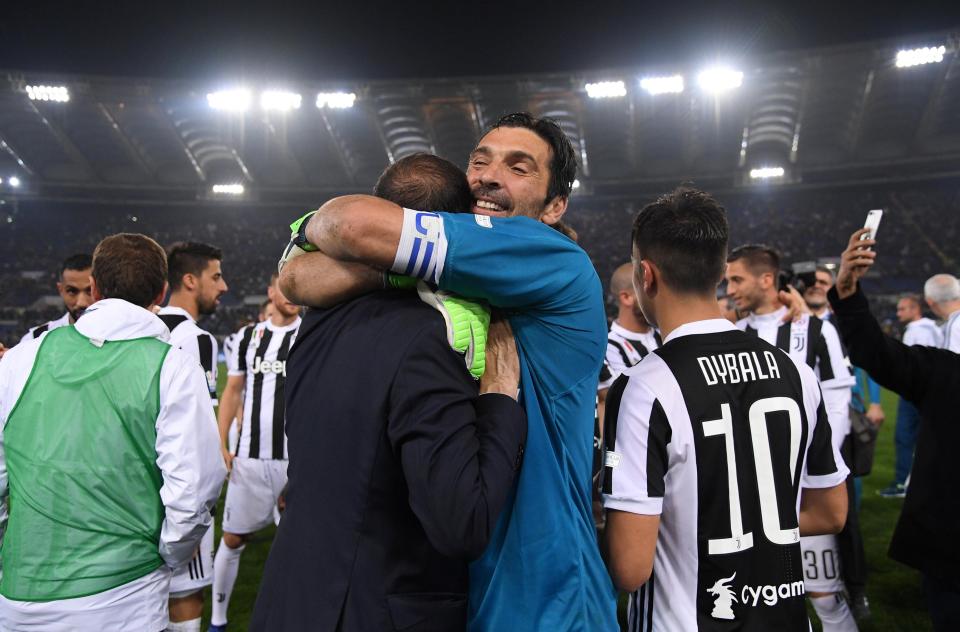 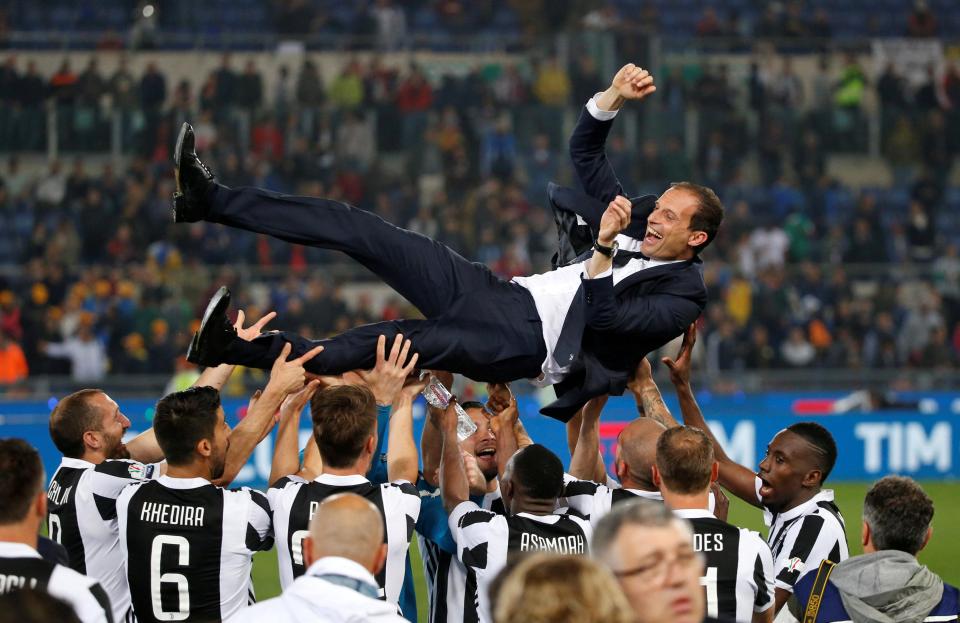 Kalinic was the guilty party on this occasion as he spurned a header from a Juve corner into his own net.

Buffon ensured that he kept a clean sheet by denying Manuel Locatelli and Fabio Borini before the party began.

And victorious boss Massimiliano Allegri certainly got in the spirit as his squad covered his head in the referee’s foam.