Matilda Lugg was that focused on booking her ticket to Ireland and her HSC exams she can barely remember the conversation that changed her life.

On the other end of the line was ACT Meteors coach James Allsopp, offering the 18-year-old wicketkeeper a one-year contract for the 2018-19 Women's National Cricket League season. 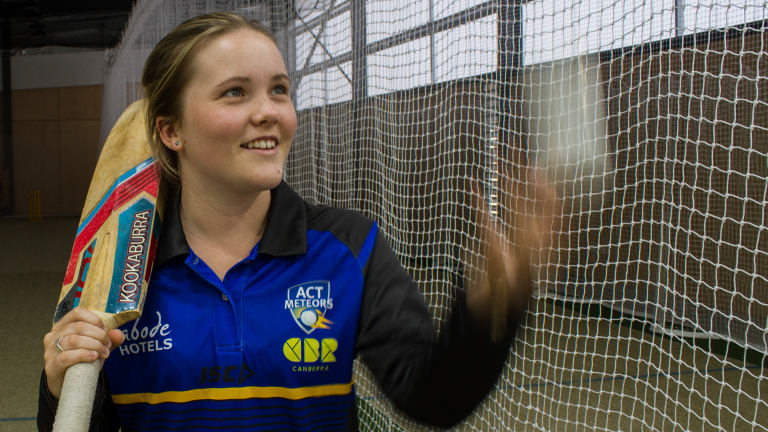 Matilda Lugg has signed a one-year contract with the ACT Meteors.

The Coffs Harbour product looms as the penultimate addition to a Meteors outfit looking to snap its WNCL title drought.

Lugg is currently playing in Ireland for the Typhoons in the Super 3’s series and for Merrion in the Leinster Women's League, but a Meteors call-up left her stunned.

“I really didn’t have too many expectations as I was so focused on the HSC and a season playing in Ireland ahead of me, so when James called I certainly wasn’t expecting him to offer me a contract, and was a bit shocked,” Lugg said.

“I don’t really remember what he was saying a whole lot because I was so excited and was trying to act a bit cool at the same time.

“I'm really looking forward to dedicating myself to cricket at a professional level and seeing how much I can improve my game.

“Over the last few years the women’s game has really taken off, so as a young cricketer it’s been really motivating being able to watch more games on the TV and having those players to look up to.

“I still can't really believe the opportunities that are out there for female cricketers and that you can make a career out of doing something you love."

The Meteors are hopeful of announcing the final addition to the 2018-19 squad in the coming weeks as Lugg joins Zoe Cooke as one of the new faces in blue and gold.

“Matilda is an exciting young player who has performed consistently well for ACT/NSW Country under age teams at the national championships over the past few seasons,” Allsopp said.

“She is an outstanding character and the heart and soul of all teams that she represents which is a trait of all the great wicket keepers within Australian cricket.

“She will work well with Erica Kershaw and challenge one another for that wicket keeping spot.”