Adelaide Strikers have made the perfect start to their Big Bash League title defence by downing Brisbane Heat by five wickets after a bizarre third-umpire decision threatened to mar the tournament opener in Brisbane on Wednesday night.

The Strikers showed great sportsmanship, making the extraordinary move to withdraw their appeal and allow James Pattinson to bat on after confusion reigned over third umpire Greg Davidson's run-out call. 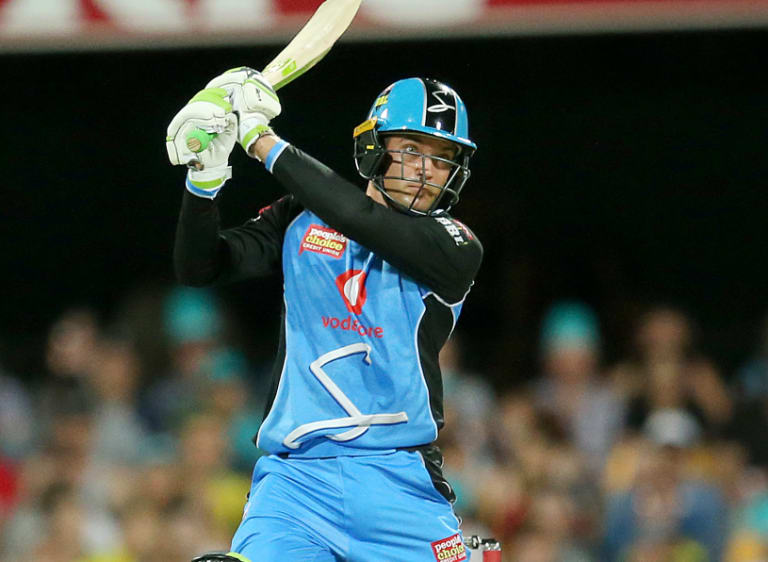 In the end, the drama had little impact on the result as Alex Carey's 70 off 46 balls helped Adelaide reel in the victory target of 147 with five balls to spare.

Earlier, Brisbane's James Peirson (24 not out) and rookie spinner Mujeeb Ur Rahman (27) saved the Heat's blushes with a 45-run last-wicket stand after the hosts lost 7-23.

But there were no doubt red faces in the third umpire's booth after Davidson's call.

The controversy began when a diving Pattinson appeared to make his ground after being called through for a run but Davidson inexplicably gave the red light, claiming the Heat speedster had not grounded his bat.

Boos echoed around the Gabba as stunned players and umpires Simon Fry and Paul Wilson watched replays on the big screen which indicated otherwise.

The umpires tried to clarify the decision with Davidson, thinking he had pushed the wrong button as livid Heat captain Chris Lynn argued with fourth official Donovan Koch on the sidelines.

Pattinson stood at the crease for minutes before he started to walk off, only to be stopped by the Strikers who sensationally withdrew their appeal.

Pattinson didn't last much longer as the Heat innings continued to crumble.

"It was a unique scenario. I chatted with Ben Laughlin and he said, 'What's the option of withdrawing the appeal?' " Strikers captain Colin Ingram said.

"I didn't know if it was an option.

"(But) we could all clearly see it wasn't out. We thought he pressed the wrong button.

"We've got to back what we saw. We wanted to get on with the game."

A Cricket Australia spokesperson said the long delay to clarify the call was caused by a "communication issue" between the third umpire and on-field officials.

"We experienced some communication issues between the third and field umpires who thought it was a mistake," the spokesperson said.

"When it panned out a little longer the Strikers withdrew their appeal and asked the batsman to stay – the right decision was reached."

Lynn top-scored for the Heat with 33 off 20 balls while Strikers spinner Rashid Khan took 3-19.