The AFL has lodged an appeal against the tribunal's decision to fine Carlton brothers Charlie and Ed Curnow for making contact with umpires during Saturday's game against Essendon.

The AFL's dramatic decision came after the tribunal accepted that in both instances the contact with the umpire was careless rather than intentional and imposed a $1000 fine on each of the brothers. 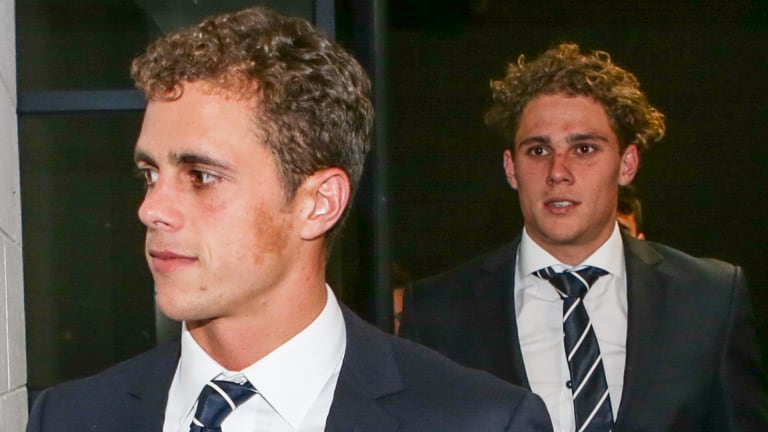 Ed and Charlie Curnow were handed fines by the tribunal on Tuesday night.

However after meeting on Wednesday AFL football operations manager Steve Hocking decided to use his power to appeal the decision.

He said in a statement the AFL had appealed the financial sanctions on the grounds that no tribunal acting reasonably could have come to that decision having regard to the evidence before it and the sanction imposed was manifestly inadequate.

The AFL had assessed the decision to fine Gold Coast's Steven May and decided to accept the tribunal decision in his case.

A week ago, Geelong's Tom Hawkins received a one-match suspension after he was referred to the tribunal for making contact with an umpire and pleaded guilty to the charge. 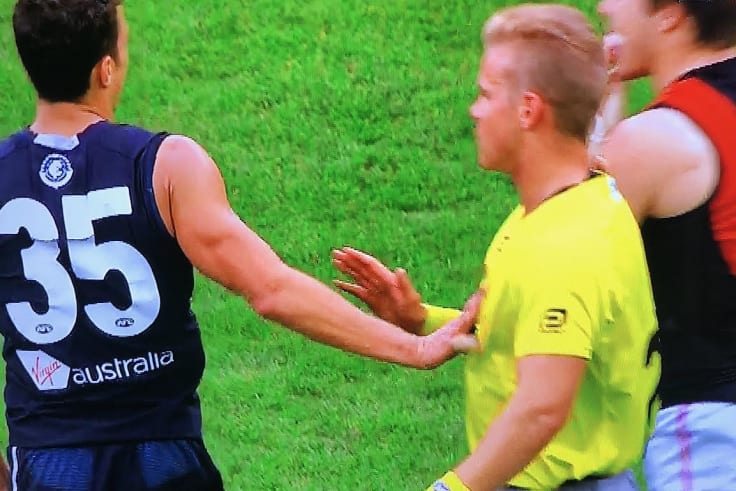 Hawkins and Geelong decided to accept the judgment in the best interests of the game and protect the sanctity of the umpires.

The only tribunal decision the AFL has appealed previously was in 2017 when Richmond's Bachar Houli received just two matches for striking Carlton's Jed Lamb.

Houli's suspension was increased to four games on appeal.

The two tribunal hearings involving each of the Curnow brothers will be held on Thursday afternoon.