AFL chief executive Gillon McLachlan has defended grand final ticket allocation, saying every effort is being made for fans of the two competing clubs.

The controversial issue is in the headlines again, with details published of last year's grand final ticketing.

News Corp had reported that while nearly 34,000 tickets went to Richmond and Adelaide fans, more than 16,000 were swallowed up by corporates and other AFL commitments. 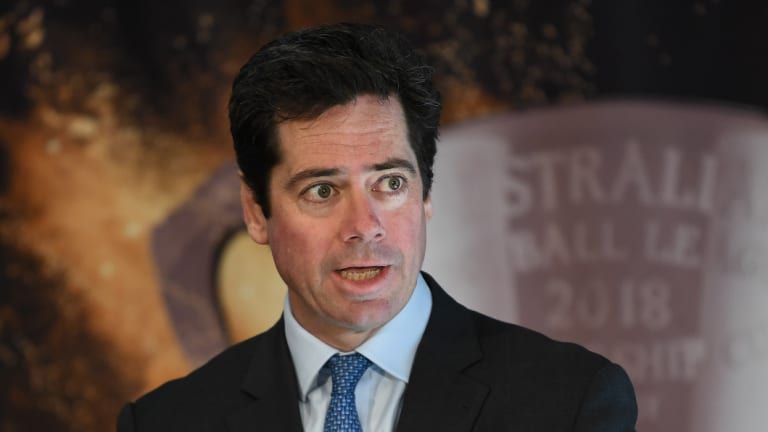 "We are pretty transparent about it," McLachlan said of the grand final allocations.

"There are always going to be views and challenges with that and we'd love on grand final day to be able to get a quarter of million people in here – we can't .

"Hopefully people understand that demand always outstrips supply and that has challenges."

McLachlan said the mix of grand final tickets remained a work in progress.

"We want to get as many tickets as we can in the competing club members' hands but it takes time to change allocations.

"Every angle has been looked at (with) this."

McLachlan welcomed the Melbourne Cricket Club's review of its ticketing for big events such as the grand final and preliminary finals.

There was a noticeable gap on the top level of the members' section last Friday night for the Collingwood-Richmond preliminary final.

"Like me, they want this ground full," McLachlan said.

"Obviously they're managing their membership but I think they feel there can be a better process.

"We're having good chats with them."

The weather forecast is looking bleak for Saturday but McLachlan is optimistic.

"I've seen the forecast but it's actually improving all the time," he said.

"I reckon it will be dry and good footy weather."