Robert Kubica’s comeback is just about complete. In 2011, his Formula One career appeared over when he was injured in a horrific crash while competing in the Ronde di Andora rally.

Kubica sustained compound fractures to his right elbow, shoulder and leg, and a partially severed right forearm when his car was impaled on a guardrail. He spent months in a hospital and has had several operations.

But after eight years of rehabilitation, and a setback in 2012 when he was injured after slipping on ice, he is about to race again. Kubica will line up on a Formula One grid on Sunday for the Williams team when the new season begins in Melbourne, Australia.

“You discover your brain is a powerful tool, something that is so powerful that sometimes you are surprised by the outcomes, how quickly it adapts to situations and how quickly you learn,” he said in an interview.

“I’m now doing things without thinking about my limitations, without realizing they are there. I would say this is the biggest achievement of my recovery.”

Throughout the early stages of his recovery, there were doubts that he would race again, and not just in Formula One. “It was difficult to be convinced and impossible to be sure,” he said. “I knew the chances were very low but, at the same time, I was very realistic.

“From a mental point of view, as I’ve had to rebuild my life from zero, it has been crucial I’ve never given up, that I’ve set achievable targets, not things that couldn’t possibly be achieved.”

While his fractures are healed, the atrophy of his right forearm remains visible. It is a hurdle Kubica has said he has overcome.

“There are some things I cannot do as I did before the accident,” he said. “Trying to do them the same way was impossible, and I was getting frustrated. Then one day I said to myself that I had to relearn those things and do them in a different way and see what was possible, and how it could be achieved. My body has had to learn and rediscover itself.”

For example, his range of movement with his right arm is limited. “So I compensate a lot with my shoulder when I’m turning the steering wheel,” he said. 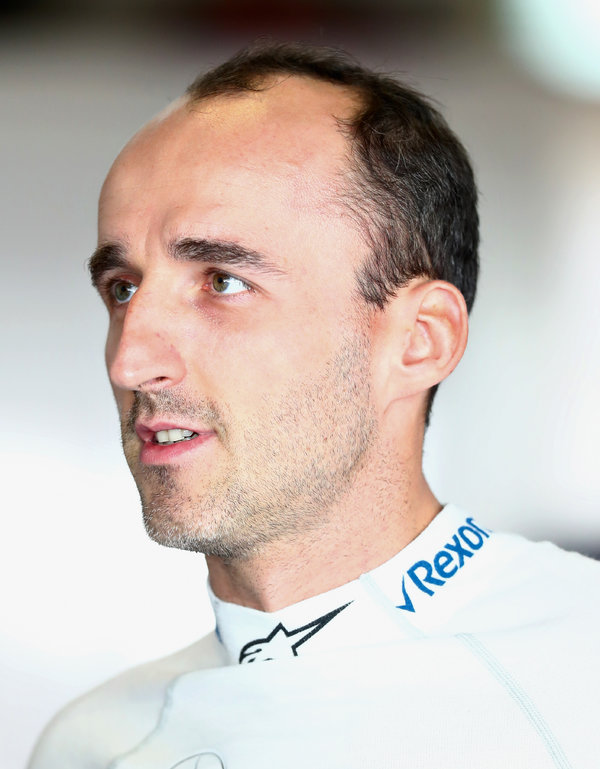 At the time of the accident, Kubica was an established Formula One star, with 12 finishes on the podium, including one win. He had signed a precontract agreement to drive for Ferrari in 2012.

In 2017, Renault gave him the opportunity to return to Formula One, taking part in two private evaluation tests and a midseason test involving all the teams.

Although Renault did not re-sign him, Kubica said, “Every test I did there were question marks, but I started to have confidence again I could do it.

“Formula One applies stresses to the mind and body that are very extreme. I first had to see how my body would react. I knew it would not be easy, but I had to try to do it.”

After testing for Williams, Kubica was offered the role of reserve driver for 2018, but in November, Williams said he would race for the team this season.

Claire Williams, the deputy team principal, described Kubica as “a real fighter. He pushes really hard, and I love that.

“Robert, obviously, hasn’t raced for many years in Formula One, but he has still maintained that level of competition that I think is hugely important.”

The team had a poor season last year, finishing last in the constructors’ championship with just seven points, and this season may be just as rough.

The team missed the first two and a half days of the eight days of preseason testing at the Circuit de Barcelona-Catalunya in Spain because of delays with the build of the car. This month, the team said that Paddy Lowe, its chief technical officer who has been the lead figure behind the build, was “taking a leave of absence for personal reasons.”

So the team is facing a challenge, as is Kubica. “My experience from the past is helping me,” he said. “I know what it takes to be a top-level F1 driver, so I have enormous respect for what I have to do.

“There will be many things I will have to go through again, and while you can prepare yourself as much as you can, you won’t know — nobody knows — how you will react until they appear.”