The 23-year-old was heavily linked with a move to Wolves to replace Matt Doherty who joined Jose Mourinho's Spurs for £15million. 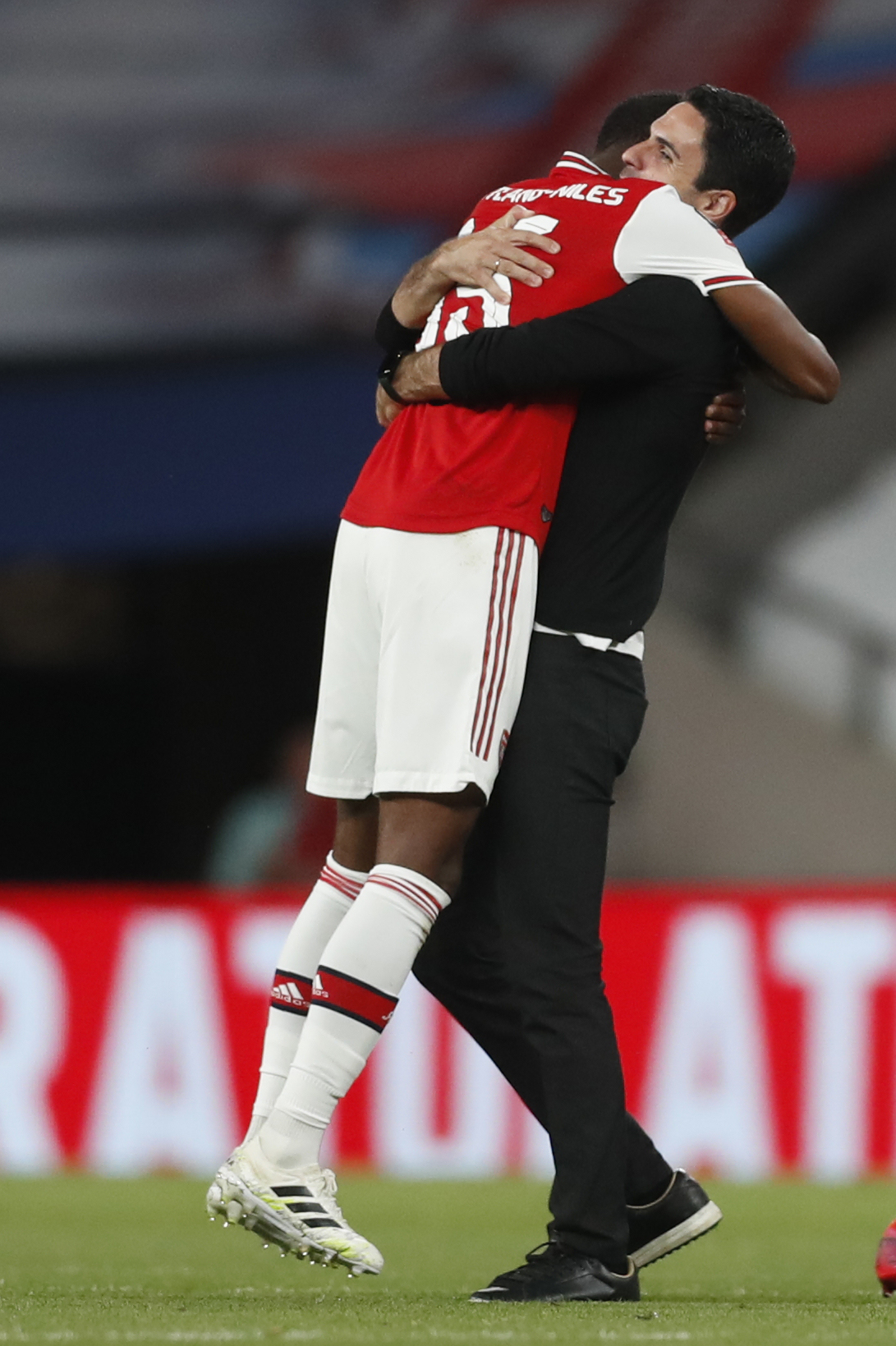 Nuno Espirito Santo's side even submitted an offer of more than £20m to bring Maitland-Niles to Molineux.

But the versatile England new boy turned down a move to the Midlands after an influential chat with his manager convinced him to remain a Gunner.

Arteta always wanted him at the Emirates and showed his belief in the youngster's ability by handing him starts in both the FA Cup semi-final and final last term.

Maitland-Niles said: "There was a lot of speculation going around, but I chose to stay at the club I love.

"I am happy with my decision and I am sure the manager is happy that I stayed as well.

"It was about the manager having faith in me and him letting me know what’s going on and the situation. He did that and everything was fine in the end.

"He just installed a lot of confidence in me that I had in myself, but maybe I didn’t know how to bring out. He has helped me do that.

"I can only thank him along the way and carry on the run of form we have had."

Maitland-Niles' good form saw him earn a senior Three Lions debut for Gareth Southgate's side against Denmark in September.

He went on to make a full debut by starting against the same opponents in the Nations League clash earlier this month.

And he denied there was ever a rift with Arteta – despite talk he would quit the club.

Maitland-Niles added: "There was never a rocky relationship between us.

"It was just he demanded more from me than I was demanding from myself. He told me that and I had to work to do to get back into the team. That’s as simple as it was.

"The manager can always see different things than a player can see because he is looking at it from a different angle.

"He has got different feelings, different emotions to what I feel at the time. It is a good job that I did listen. It is all paying off now."