Alex Rance warns Richmond might bite off more than they can chew if they land the AFL's free agency star, Gold Coast's Tom Lynch.

The Tigers are known to be one of the Victorian clubs particularly keen on luring the key forward back to his home state. 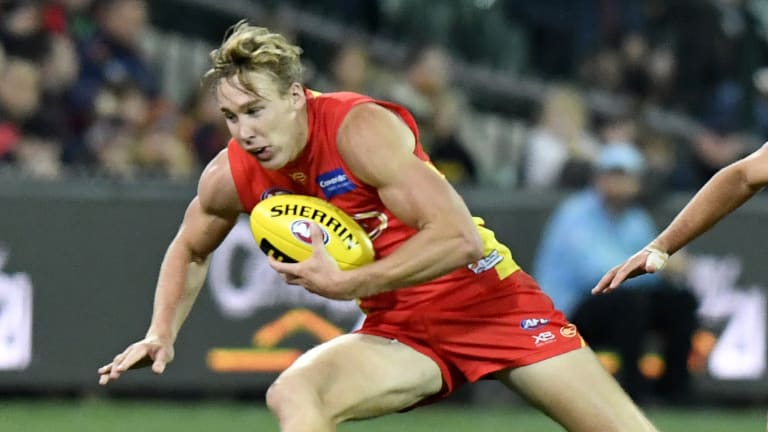 Lynch leads this year's free agency list and he will have restricted status at the end of the season, meaning the Suns can match any offers from rival clubs.

"I don't necessarily believe that we should be upsetting the apple cart, to go and chase a big fish … he (Lynch) is the big tuna," Rance told Fox Footy's On The Couch program.

Rance pointed to Richmond's unique forward set up, which was a key in last year's premiership and is proving lethal again so far this season.

Jack Riewoldt is their one key forward and he is backed by a group of goalsneaks who are renowned for the manic pressure they put on opposition defenders.

"Team structure would be an interesting one, to throw up," Rance said.

"I wouldn't really know what it would look like, with him in the side, because I'm so happy with what our structure is."

While Rance is unsure about the Tigers' interest in Lynch, he can see why they are interested.

"He's a gun and you obviously want to accumulate as many guns in your artillery as possible," he said.

"Lucky it's not my call.

"I'd support it because it would mean I wouldn't have to play on him, but I think you always have to look at the big picture when it comes to these things," the star key defender said.

"So many clubs will be after him and we'd be glad to have him."

He also said that Richmond would have no trouble bringing Lynch into the team.

"It wouldn't matter if it's Tom Lynch or Jack The Ripper, our culture would be able to deal with that personality," he said.