The curtain will come down on Kieran Read's illustrious All Blacks career at next year's Rugby World Cup in Japan.

The veteran captain has confirmed he will chase a third straight World Cup triumph before likely exploring opportunities to play overseas after 2019. 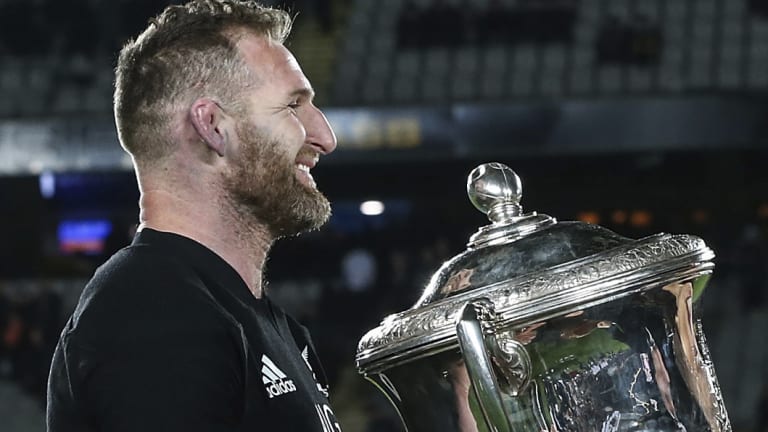 Read, who turned 33 last week, plans to follow the exit plan of predecessor Richie McCaw, whose world record 148-Test career ended after the All Blacks defended their World Cup crown in London in 2015.

Their success has continued unabated under No.8 Read, who's led his country to 35 wins in his 40 Tests as skipper.

World Rugby's player of the year in 2013, Read has maintained high standards since a Test debut in 2008 although injuries have begun to have an impact.

He was sidelined for the first half of this year after undergoing spinal surgery last December.

While McCaw immediately retired from all rugby, 115-Test veteran Read said a playing stint overseas would suit him, his wife and three young children before finally hanging up the boots.

"We have always thought as a family that we would like to go overseas and use that experience for the kids. That is probably the main option at the moment," Read told NZME.

"There are plenty of options out there but I probably want to keep playing if I can."

Another centurion from the Crusaders forward pack, lock Sam Whitelock, is favoured to succeed Read as All Blacks skipper in 2020.