The WNBL is edging closer to striking a free-to-air television deal in a massive boost to the league's profile as Basketball Australia looks to capitalise on the rapid rise of female sport.

It comes as Channel Nine inks a deal with the NBL to screen two live games each week as part of a three-year partnership with the league, helping to fill the void left by cricket in Nine's summer schedule. 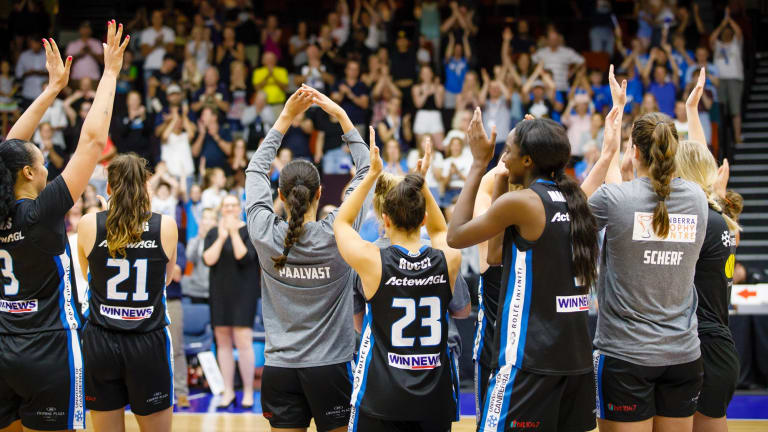 The Canberra crowd will wave to many new faces this year.

A revised television deal to partner the WNBL's existing three-year partnership with Fox Sports, which televises one game per week and all finals, would be a massive plus for the league.

The WNBL fixture is yet to be published but the Canberra Capitals are set to host 10 home games at the National Convention Centre, with their season opener pencilled in for October 13 in a draft schedule.

The free-to-air partner will have a say in the final schedule, with Basketball Australia and Fox Sports already exploring the prospect of a longer season that could run into February.

The season is slated to start later in October due to the world championships, giving coaches and players a short turnaround between national and club duties.

The Capitals have launched their membership drive for the 2018-19 season with five different options available, ranging from 10-game ticket options to a three-game package, and a supporter pack.

The club is desperate to ramp up promotion of their home games to bring more people through the doors of the National Convention Centre and the prospect of more television time will aid their cause.

Nine will show live NBL games on Saturday and Sunday at 3pm on their 9GO! channel with talks continuing for Fox Sports to show all NBL games live.

The NBL and Nine have also struck a revenue sharing arrangement as part of the deal which could prove lucrative if more advertisers and viewers tune into the free-to-air time slots.

It is understood Nine will promote the league across its channels, something which could prove a big boost, while the NBL will continue to handle game production.

Fox Sports is already working with WNBL clubs and the league to boost their marketing, community engagement and sponsorship.

The landmark Fox Sports deal was a much needed shot in the arm for the league, which had been off television screens for two seasons.

Capitals legend Lauren Jackson labelled the ABC’s decision to axe their coverage of the WNBL in 2014 as a “very dark day for women’s sport” after it left some clubs facing extinction.

A presence on free-to-air television would be a massive boost for the WNBL, which is jostling with AFL Women's, the W-League and cricket for centre stage. 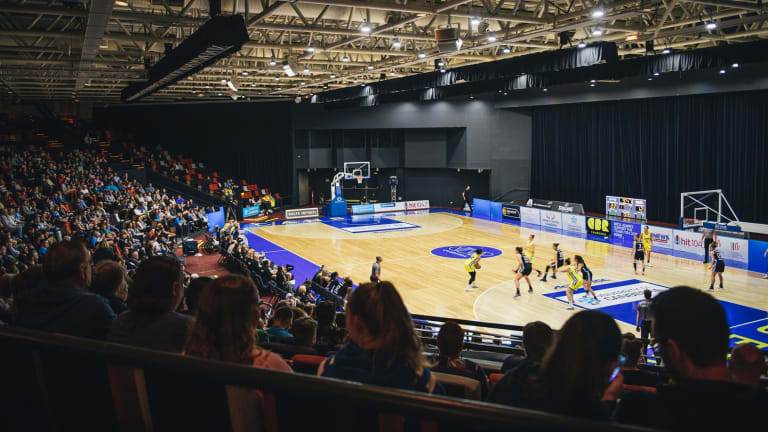 All eyes could be on the National Convention Centre this year.

Nine will also have first rights to negotiate for future basketball events including the Boomers v Team USA games in Melbourne next August which will feature an NBA-filled Australian team against a full-strength USA side ahead of the 2019 FIBA World Cup in China.

Nine is also looking to run a weekly half-hour basketball show on Sunday mornings and may look at showing 3×3 events with 3×3 Hustle basketball to feature in the 2020 Tokyo Olympics.

Nine will also simulcast its live games on 9Now online service and has secured the digital catch-up rights to show replays of all NBL games throughout the season regardless of what network they are broadcast on.