The mounting yard exploded with energy as Amphitrite flew home to win the Thousand Guineas at Caulfield on Saturday for trainer Darren Weir.

Meanwhile in the trainers' room below the stand, five resigned voices answered the question of 'who won?' in unison with the words 'Weir again' as she crossed the line. 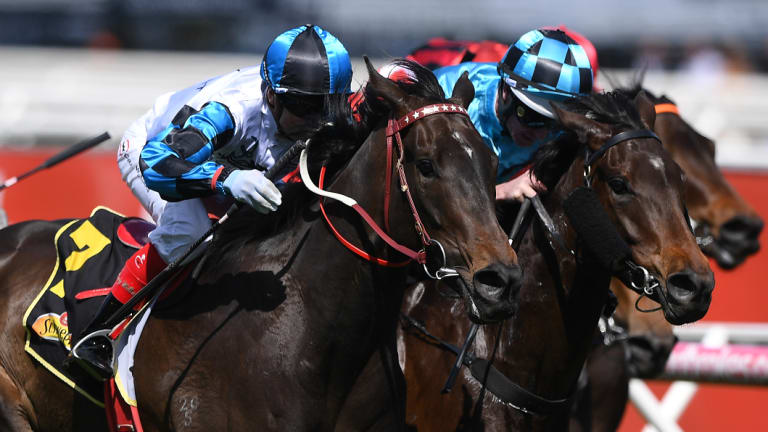 It was that sort of day, with Weir grabbing the first group 1 of the day, then making it back to back group ones next race, when Land of Plenty won the Toorak Handicap.

One excited owner, part of the Flying Start syndicate that grabbed a share of Amphitrite after Weir's former racing manager Jeremy Rogers identified her and bought her for $50,000 on Weir's behalf, expressed his disbelief at the horse's ability to overcome an outside barrier to win with a late run.

Weir had shared the rapt owner's doubts going into the race, despite the horse's dominant win in the Edward Manifold a week earlier at Flemington.

He was confident until the barrier draw, which gave him pause for thought before he decided to push on.

"She was in great shape but I didn't know if any of my three fillies were good enough, but they all ran as good as they could run," Weir said. 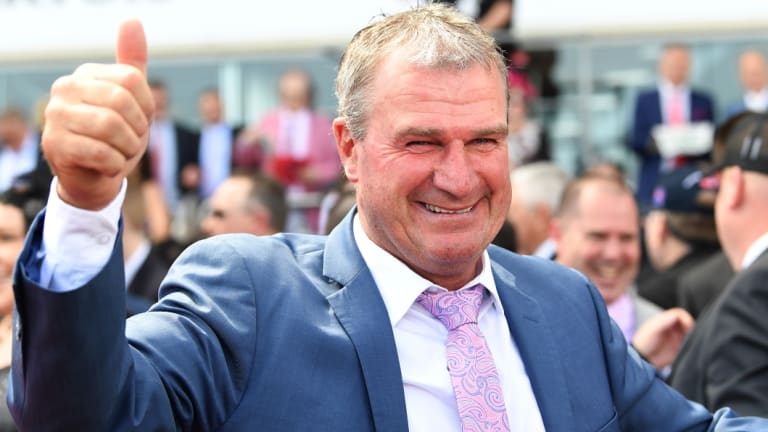 Carted into the race after settling last, jockey Craig Williams just found clear running and ran them down one by one.

Weir was certain the Wakeful Stakes over 2000 metres would be her next assignment but he wasn't so sure about whether the Oaks would be on the agenda.

Having now won four on the trot after breaking through at a Sale Maiden in September, she had trained well and matured.

Tom Dabernig, who trained the runner-up Fundamentalist, was disappointed but encouraged by the run.

"He did everything right. He followed smart melody, he hit the front… the winner came from last and did us right on the post," Dabernig said.

It didn't take long for Dabernig to echo the thoughts of fellow trainers when it came to the winner.

"I think it was just one of those things … Weiry beat us again," Dabernig said.

Land of Plenty overcame a wide barrier draw to land back-to-back group one wins for the leading trainer.

Ridden from an outside barrier, the five-year-old sat with cover before unleashing a withering sprint to take the mile in decisive fashion.

In hindsight, Weir said, the wide barrier draw might have been a blessing in disguise but his initial reaction when the horse drew barrier five was an expletive.

However he said he pushed on buoyed by the horse's luckless but outstanding placing in the Rupert Clarke Stakes when he finished fifth, still hopeful he would land a group one victory for the owners.

"He was set for these races," Weir said.

He said Land of Plenty emerged as a group one horse in his last preparation with his win over a mile in Adelaide in May giving Weir confidence he might measure up in the spring, particularly in the handicaps.

He sent him to the paddock and brought him back to see what he could offer and he has exceeded expectations.

Land of Plenty will head to the Kennedy Mile over 1600 metres on the opening day of the Flemington carnival.