SUPERSUB Andre Gray fired Watford into a Wemley FA Cup semi-final after volleying home their winner with his first touch.

Gray had only been on the pitch for three minutes after coming on for Will Hughes. 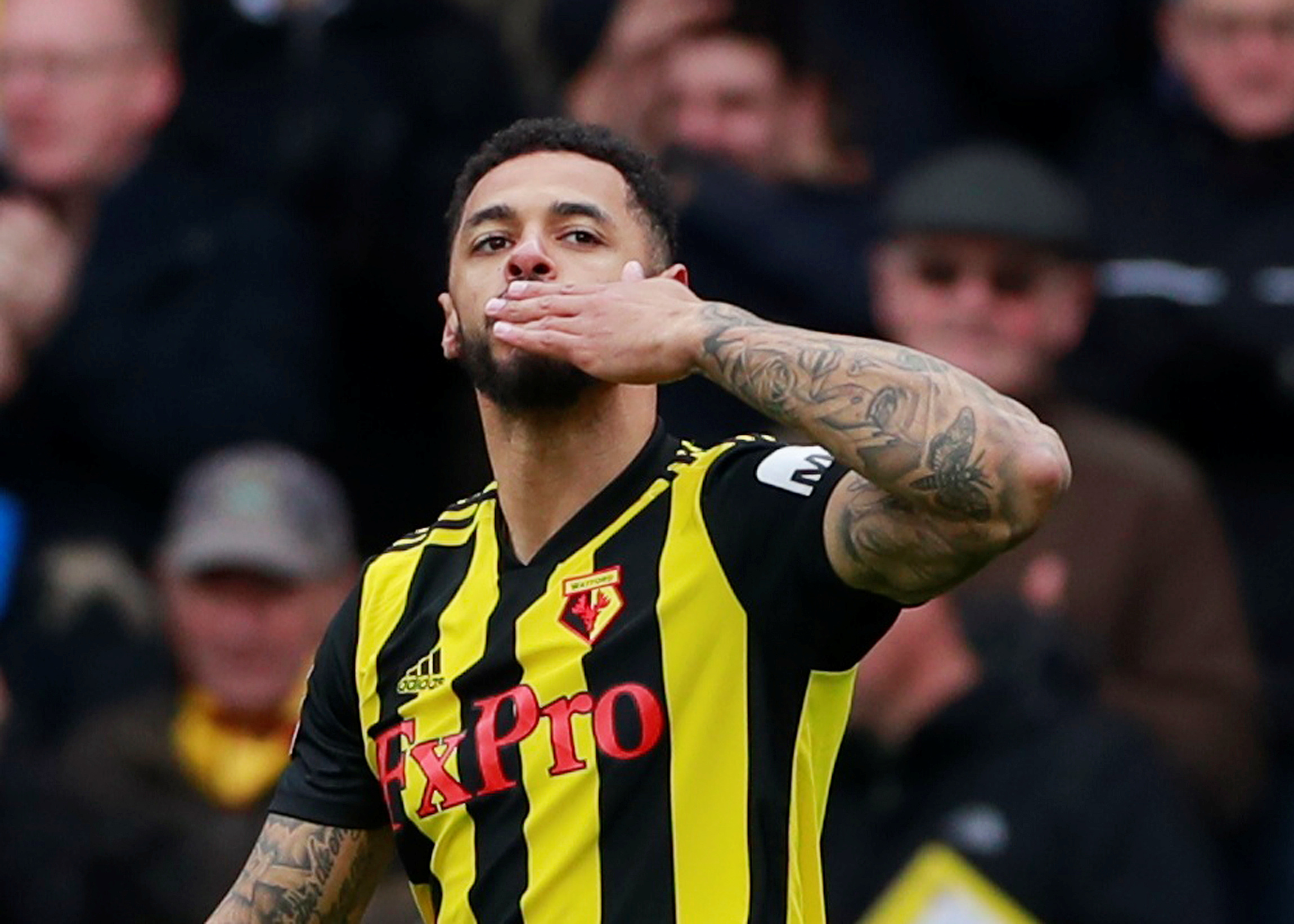 And the sub got on the end of a brilliant looping ball from Roberto Pereyra to stretch out his left-foot to toe-poke past Vincente Guaita with 11 minutes left.

The Hornets were in charge when Etienne Capoute slammed a 27th-minute opener.

But Palace – who were far better in the second half – were back on terms when Michy Batshuayi cashed in on a Adrian Mariappa clanger before firing home in the 62nd.

Although Crystal Palace reached the final three years ago and were nine minutes away from beating Manchester United, this was only their second quarter-final appearance in 24 years. 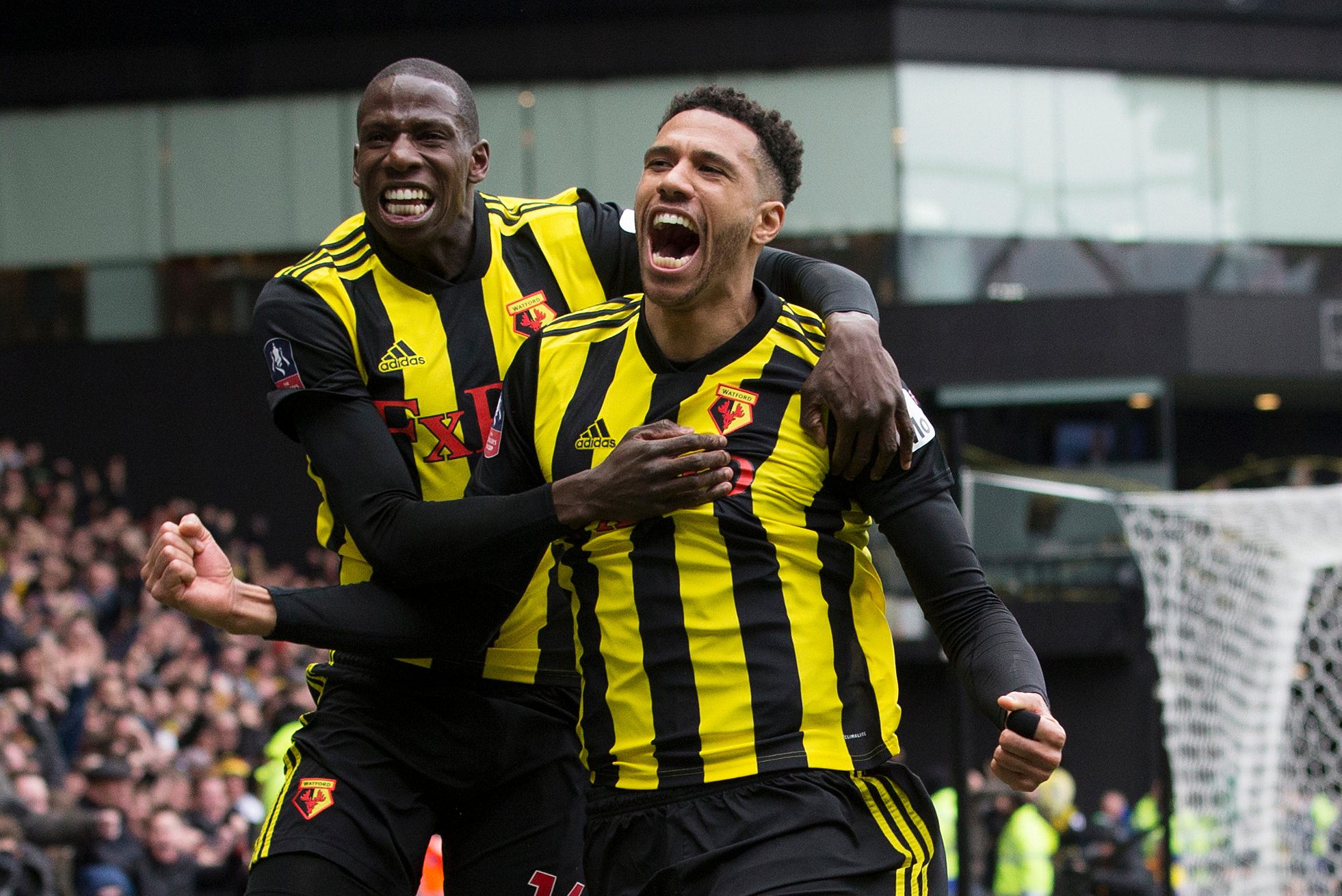 Meanwhile, it was only the Hornets’ fourth quarter-final in 31 years.

The blowy conditions were testing and Hornet keeper Vicente Guaita misjudged the wind and sent a goal kick out of play way downfield.

Gerard Deulofeu was beaten by James Tomkins on the left wing – leaving Etienne Capoue up against Max Meyer.

Palace ace Meyer barged him to the floor for a free-kick. There was a real edge to the midfield battle.

Deulofeu had a great chance to open the scoring when he turned on the right edge of the box – and his well-hit angled effort was beaten away by Guaita.

Balloons were blowing on to the pitch – but Harry The Hornet decided to be a spoilsport by running on with a pitchfork to burst them.

Watford moved in front after a goalkeeping blunder from Guaita. 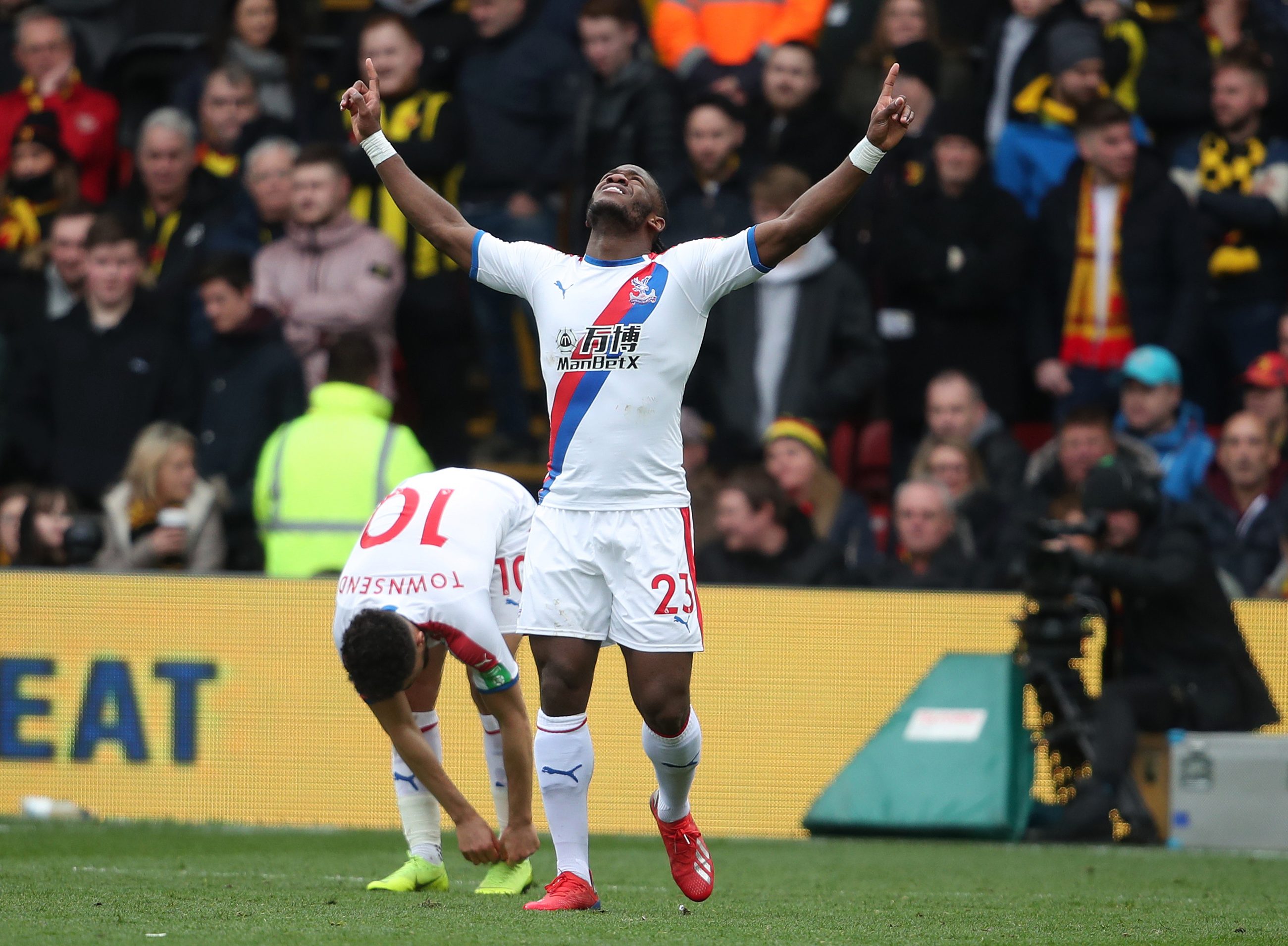 Jose Holebas’ sent in a corner. The Palace keeper completely missed his punch. Troy Deeney’s header was blocked and it eventually fell to Capoute to slam home.

The Hornet was buoyed now and almost doubled their lead when Gerard Deulofeu opened up his shoulders and let fly but Guaita this time tipped it over.

Deulofeu – taking a free-kick from 25 yards – decided to try his luck with a low-hit effort but keeper Guaita did well to keep it out.

Max Meyer was set up by Aaron Wan-Bissaka but his volley was straight at Gomes. 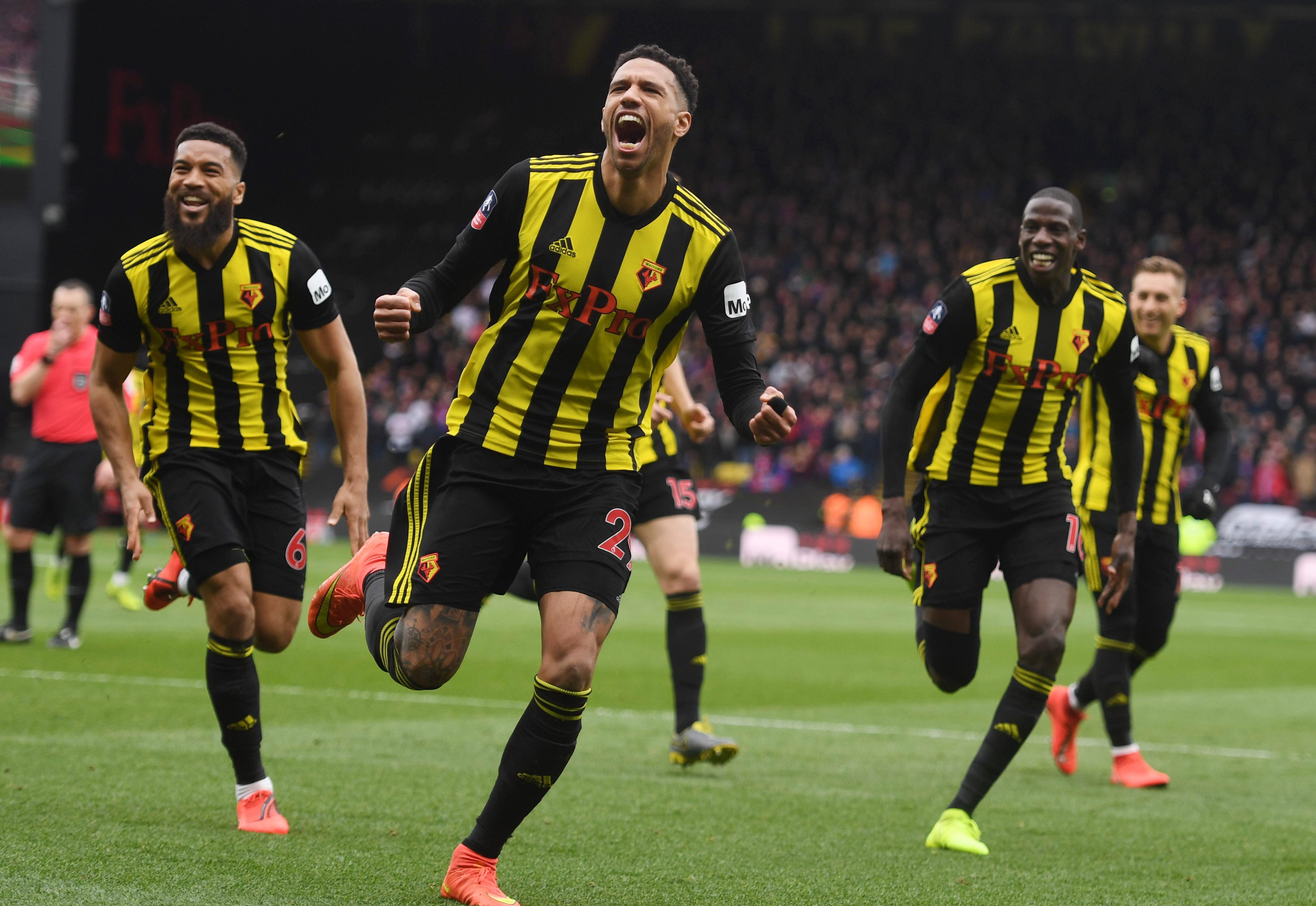 After the break Deulofeu strode forward, riding challenges from Martin Kelly and James Tomkins, but he was pushed out wide and his cross just evaded Abdoulaye Douvoure.

Gomes denied Palace a certain leveler when Andros Townsend’s corner reached Meyer and his stooping header was brilliantly clawed away to safety.

Townsend had a sighter at goal from the edge of the box but saw his effort tipped over the bar by Gomes. 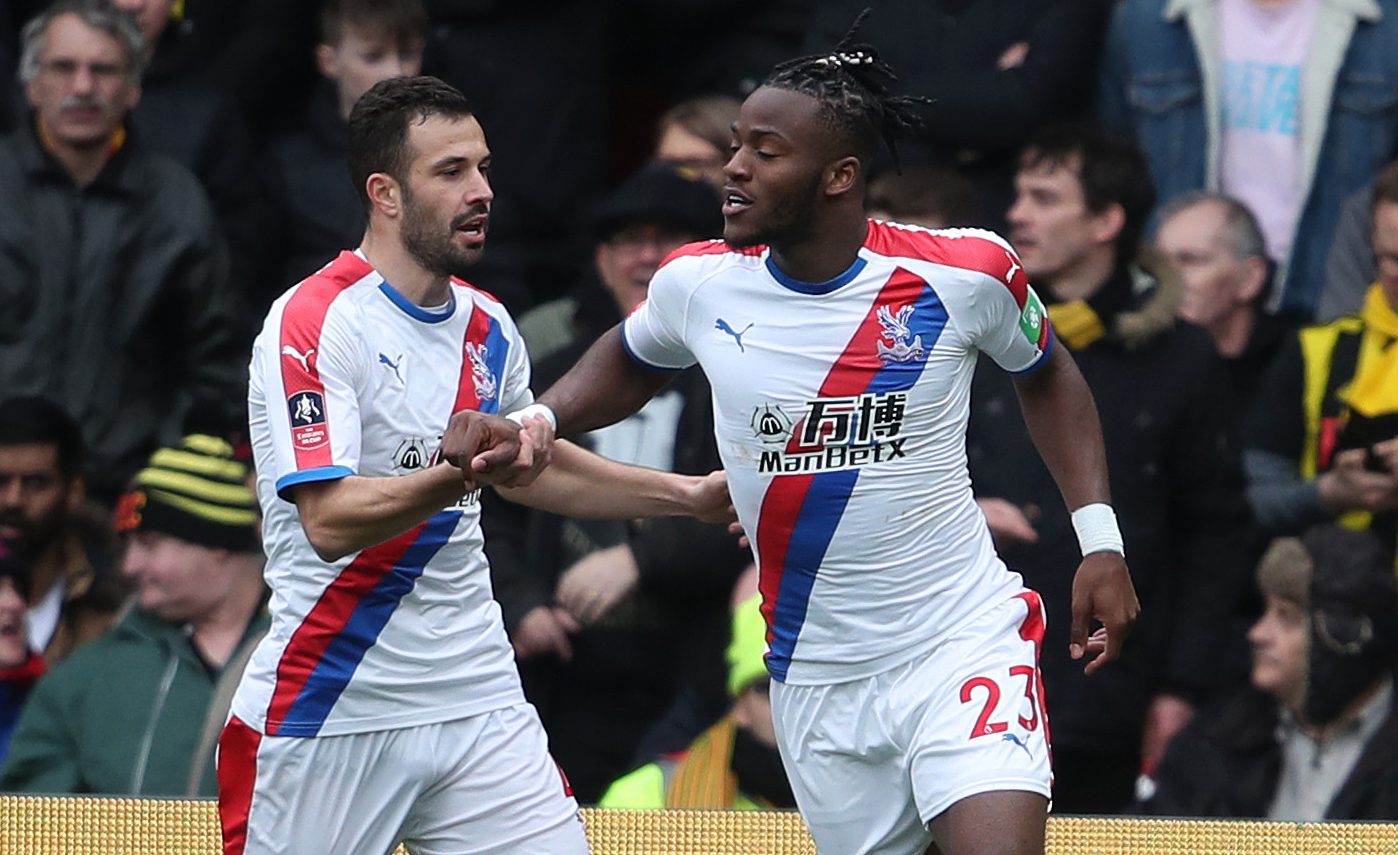 But the former Chelsea player made no mistake moment after.

Kiko Femenia knocked the ball back to  Adrian Mariappa, who had an easy clearance but was caught in possession, ran forward and slammed his effort past Gomes.

Batshuayi created a great chance for Meyer but he completely fluffed his lines by mis-hitting completely.

Guaita had been a dodgy throughout with crosses and he flapped to allow Roberto Pereya chance. 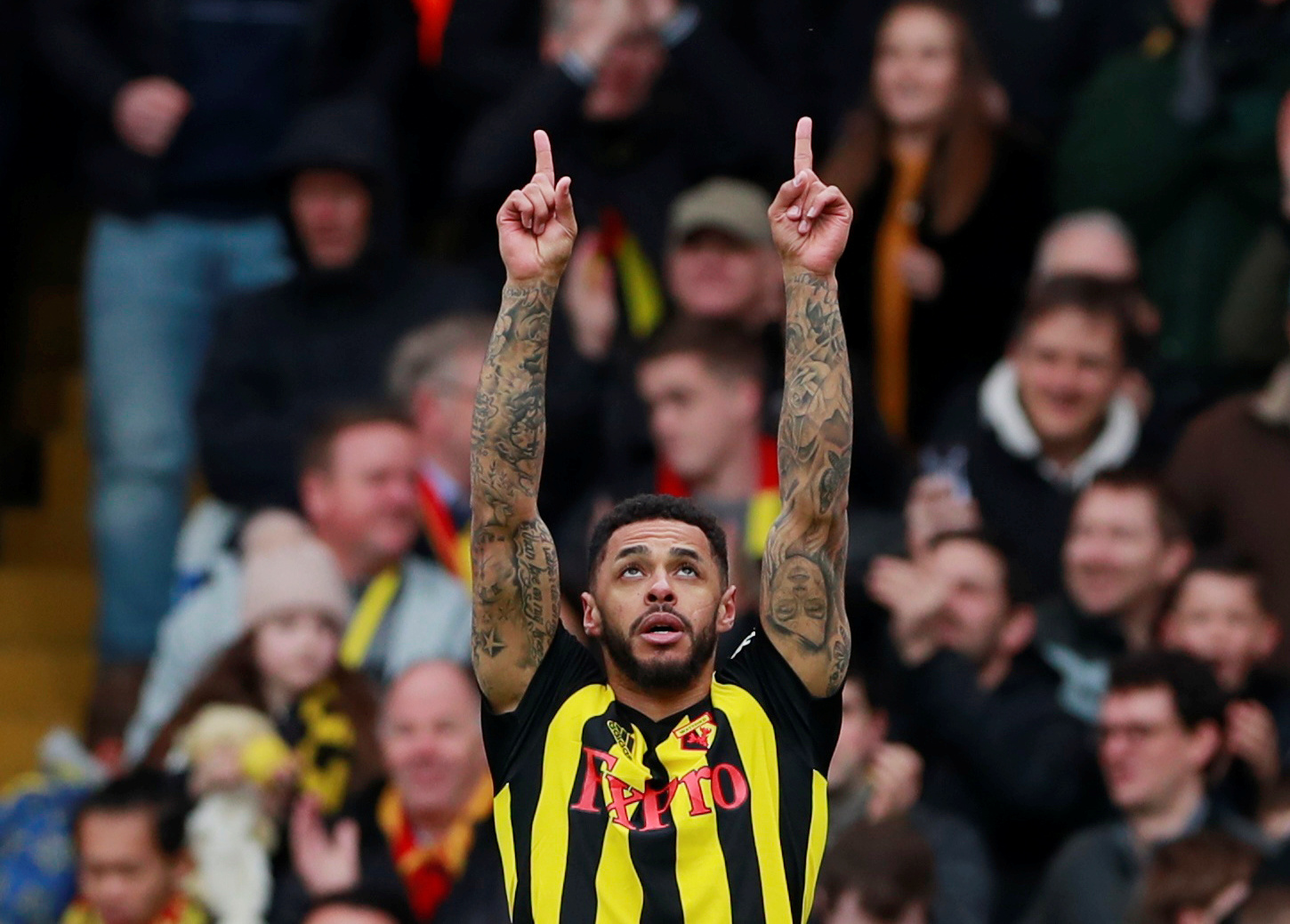 But fortunately the Palace man redeemed himself by pushing his effort away.

Andre Gray then made an immediate impact. Having just come on for Will Hughes, he volleyed home brilliant ball from Pereyra with his first touch.

The Hornets nearly made the game safe when Deeney’s thunderous effort was parried by Guaita – and Wan-Bissaka superbly cleared with Deulofeu about to tap in.

And then Craig Cathcart saw his header by Milivojevic off the line and then Wan-Bissaka drilled just wide at the death.